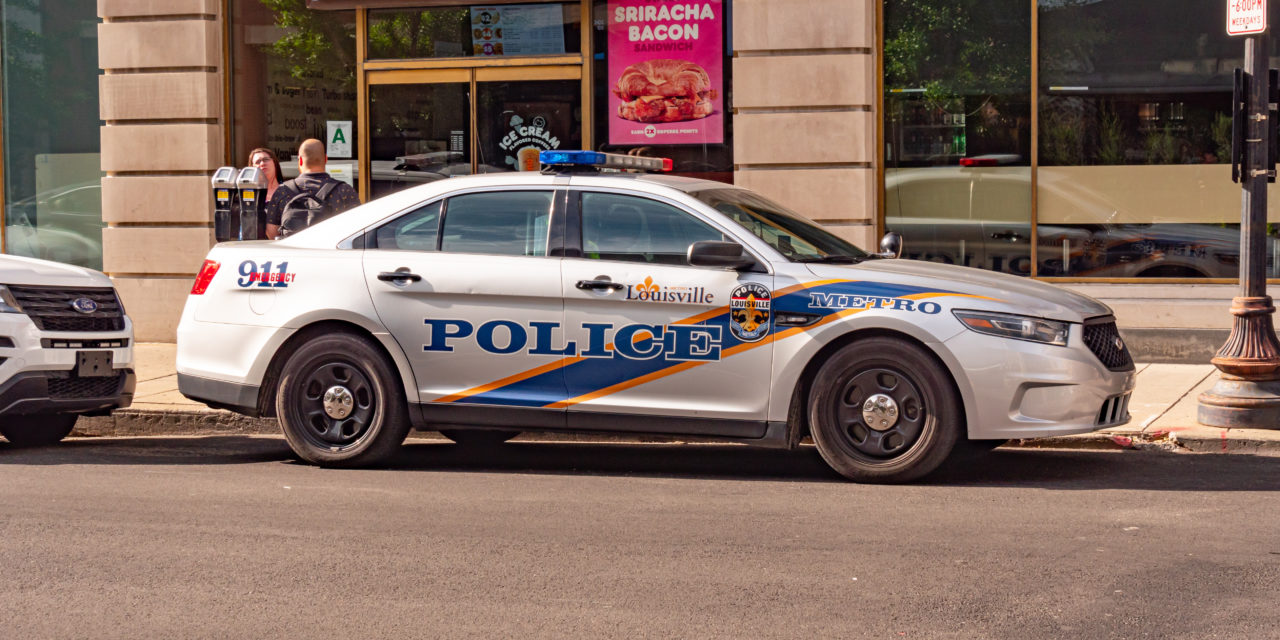 A 13-year veteran of the Louisville, Kentucky, police department has received a $75,000 settlement from the city for its wrongful suspension of the officer for praying in front of an abortion clinic while off-duty.

Officer Matthew Schrenger was walking up and down a sidewalk in the pre-dawn hours of February 20, 2021, in front of an abortion clinic – the EMW Women’s Surgical Center – as part of the annual 40 Days for Life event. Accompanied by his father, the pair prayed quietly for the victims of abortion. They would alternate wearing a small “40 Days for Life” sign.

The abortion clinic was not yet open for the day, and the streets and sidewalk were nearly deserted. But security cameras at the clinic caught the pair walking and praying, and a video was soon posted to a Twitter account run by abortion promoters affiliated with the clinic.

Later that day when Officer Schrenger reported for duty, he found himself locked out of his work computer as well as from his patrol car computer. That same day, his patrol car was taken away and he was removed from the patrol schedule.

Schrenger was told he was being investigated for violating the department’s Standard Operating Procedures (SOP) against “protesting.” He was placed on paid administrative leave.

The “investigation” and suspension dragged on for four months before the department absolved Schrenger of any wrongdoing.

But he should never have been suspended at all. He wasn’t “protesting.” He was quietly praying on a nearly empty sidewalk. While off-duty and in civilian clothes. That violated no department procedures whatsoever.

And the worst part is that other officers in the department have marched in LGBT and Black Lives Matter protests, in uniform, while on duty and with the encouragement of their superiors. None was disciplined in any fashion.

And during the suspension he lost the opportunity to earn off-duty income that many police officers typically earn providing security at events while in uniform. As a father of four, such additional sources of income are indispensable to raising a family. Schrenger also sought counseling during the suspension due to the embarrassment and shame the city’s action caused him.

Schrenger filed suit against the mayor, the chief of police and the police department last October. He charged the city with violating his First Amendment rights of free speech and religion, as well as violating federal and state employment and civil rights laws.

A settlement offer from the city came soon after. Schrenger is represented by lawyers with the Thomas More Society. In a press release, Thomas More Senior Counsel Matt Heffron explained what happened.

“The City’s quick offer of $75,000 shows the City knows it committed a significant and inexcusable violation of a loyal officer’s Constitutional rights,” Heffron said.

“The treatment of Officer Schrenger was particularly galling considering other Louisville police officers previously had marched, while on-duty and in uniform, in political protests that apparently were approved by the police department.”

Schrenger was evidently singled out by the city for punishment over his stance on the issue of abortion, according to Heffron.

“The unfair discipline revealed undeniably content-based discrimination against Officer Schrenger’s personal pro-life views and violated his First Amendment rights,” stated Heffron. “He did not engage in any political protest on duty – he prayed quietly. Yet Officer Schrenger was punished for this peaceful, private behavior. He was treated very differently than other officers who had undeniably engaged in true political protest and activism while participating in LGBT and Black Lives Matter demonstrations.”

The Thomas More Society is a not-for-profit, national public interest law firm dedicated to restoring respect in law for life, family, and religious liberty. The firm is based in Chicago, Illinois.