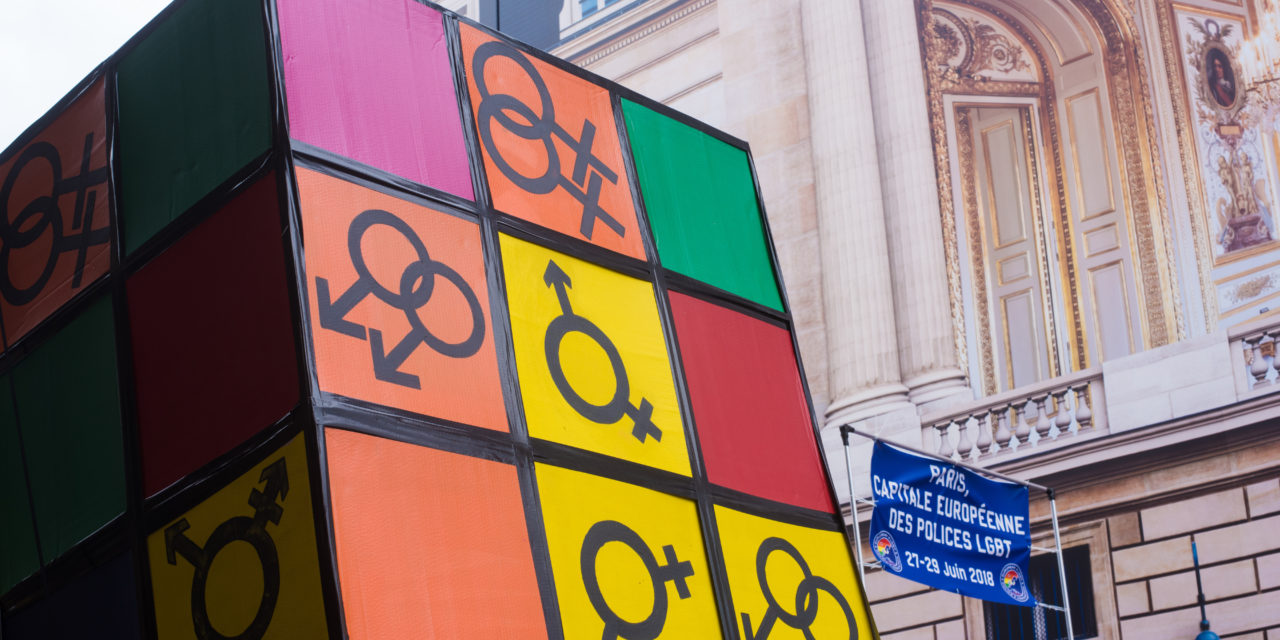 This title might sound like text-book conservative click-bait fodder, but it’s actually a serious question. Dr. Eric Kaufmann, professor of Politics at Birkbeck College, University of London, recently raised it in an important essay over at Quillette, an online publication that welcomes brave academics who proudly stray from the woke party line.

A diversity of research finds that conservatives are happier, more satisfied with their lives, express greater personal agency, have a more positive outlook on life, are more optimistic and show greater moral clarity and belief in fairness. In short, conservatives report better mental health overall compared to their more liberal neighbors.

Scholars explain, “Conservatives score higher than liberals on personality and attitude measures that are traditionally associated with positive adjustment and mental health.”   They add this is a more recent phenomenon as conservatives “have declined less in happiness in recent decades” compared to liberals.

But it also appears that young people identifying as “LGBT” experience lowered mental health, even as affirmation and celebration for this identity has skyrocketed to unseen heights across the globe. First, let’s look at the explosive growth of this new identity itself.

Professor Kaufmann explains in his article that the number of Gen Zers who identify as “LGBT” is nearly double the proportion of millennials who do so. Others report nearly a 1,000-fold increase in trans identification in younger generations. Something big and very concerning is going on here with younger adults. Kaufmann believes this explosion has more to do with social contagion than with anything reflective of what people actually are (or are not).

This is because those identifying as “LGBT” are not what they claim. Kaufmann explains,

More importantly, those who adopt an LGBT identity but display conventionally heterosexual behaviour are a growing and distinct group, who lean strongly to the left politically and experience considerably greater mental health problems than the rest of the population.

Like any other generation, the young just want to be counted among “the cool kids” and being queer is the new cool. This is what’s behind the explosive growth of this identity.

Other sources have documented the growing connection between LGBT identity among young people and declining mental health. The Atlantic Monthly recently published this chart in a major article about dramatically decreasing mental well-being among American teens. LGBT-identified youth are the most unhappy and that number is spiking at the precise time nearly every major sector of our culture is working overtime to make them feel fabulous about themselves. The “celebrate-them-so-they-will-feel-better” mantra is not only not working, but it is producing the opposite effect. These kids are getting worse the more we celebrate their radical identities. Let that sink in.

And there is reason to believe in a connection here.

New research published in the scientific journal Social Psychiatry and Psychiatric Epidemiology is reporting that adolescents who self-identify as LGBT are found to suffer from “rapidly increasing anxiety” across all times of measurement compared to peers who are more traditional in their gender and sexuality. The six scholars conducting this research confirm, “These results align with findings that sexual and gender minority youth experience high prevalence of psychological distress, including mood and anxiety disorders, as well as disparities in their mental health compared to their heterosexual and cisgender counterparts…”

And no, things are not getting better among the youngest of these teens as “gay pride” grows. They explain, “Results are consistent” that “Generation Z youth report [elevated] issues related to their sexual orientation or gender identity as a source of stress.”

This is not the only new research indicating this either. Newly published university-based research from Australia, drawing from a long-term study of nearly 12,000 women born between 1989 and 1995, shows largely the same thing for women, by far the largest group identifying with alternate genders and sexualities. Among younger women,

These scholars found, very interestingly, that women who changed their identity in “a less same-sex oriented direction reported less psychological distress than women who maintained a stable identity…” And again, this has remained true even as the celebration and affirmation of all things “LGBT” has enjoyed dramatic, unimagined heights. In fact, it is honestly difficult to imagine how such social affirmation for alternative sexualities and gender identities could significantly improve.

Kaufmann in his work reports the most up-to-date numbers still show that young people who report being “LGBT” are 2.5 times more likely to report experiencing greater depression and anxiety than their more conservative and traditional peers. And he adds that the more liberal these LGBT-identified youth are in their politics and ideology, the greater their mental health distress.

Kaufmann confirms this has only gotten worse as “gay pride” and affirmation increases.

So, between 2002 and 2012, seven percent of unhappy people under 30 were LGBT. However, by 2018–2021, 22 percent of unhappy young people were LGBT—all during a period of rising toleration for sexual minorities. The well-known high incidence of mental illness among transgender youth is merely the most visible tip of a wider problem. [emphasis added]

Is Greater Freedom and Diversity Driving This Unhappiness?

Dr. Liah Greenfeld, professor of sociology, political science, and anthropology at Boston University, is the author of Mind, Modernity, Madness: The Impact of Culture on Human Experience (Harvard University Press) and explained the connection recently in The Wall Street Journal. She states,

The evidence points to a historical and cultural explanation of the increase in incidence rates [of declining mental health]. Specifically, it suggests that functional mental illness is a characteristic disease of prosperous and secure liberal democracies.

The more a society is dedicated to the value of equality and the more choices it offers for individual self-determination, the higher its rates of functional mental illness. These rates increase in parallel with the increase in the available occupational, geographical, religious, gender and lifestyle-related choices. [emphasis added]

Greenfeld gets right to the punch, adding, “Equality inevitably makes self-definition a matter of one’s own choice, and the formation of personal identity—necessary for mental health—becomes personal responsibility, a burden some people can’t shoulder.” Does this sound like what you are witnessing among young people today? Dr. Greenfeld is certainly onto something big here.

When we leave it to kids to chart their own course in their identity, they increasingly feel adrift and unprotected by those whose responsibility it is to guide them. No wonder they are increasingly unhappy, and dramatically so. And those coming behind beating the LGBT-pride drum are clearly not helping. The data on mental health reveal this fact.

The progressive account—that LGBT identification is like left-handedness, that persecution explains mental illness, and that rising toleration leads to more people coming out—cannot account for the patterns in my data.

There is very strong reason to not only question, but outright reject the current narrative that progressive ideology is healthy because it leads to greater opportunities and more freedoms. It clearly is not resulting in greater happiness, especially among our young people. This emerging academic research serves as a check against aggressively celebrating all things LGBT.

The more gay pride we stoke, the less happy our kids are getting. This is a documented fact. All parents and those who work with our children are wise to resist the frenzy.