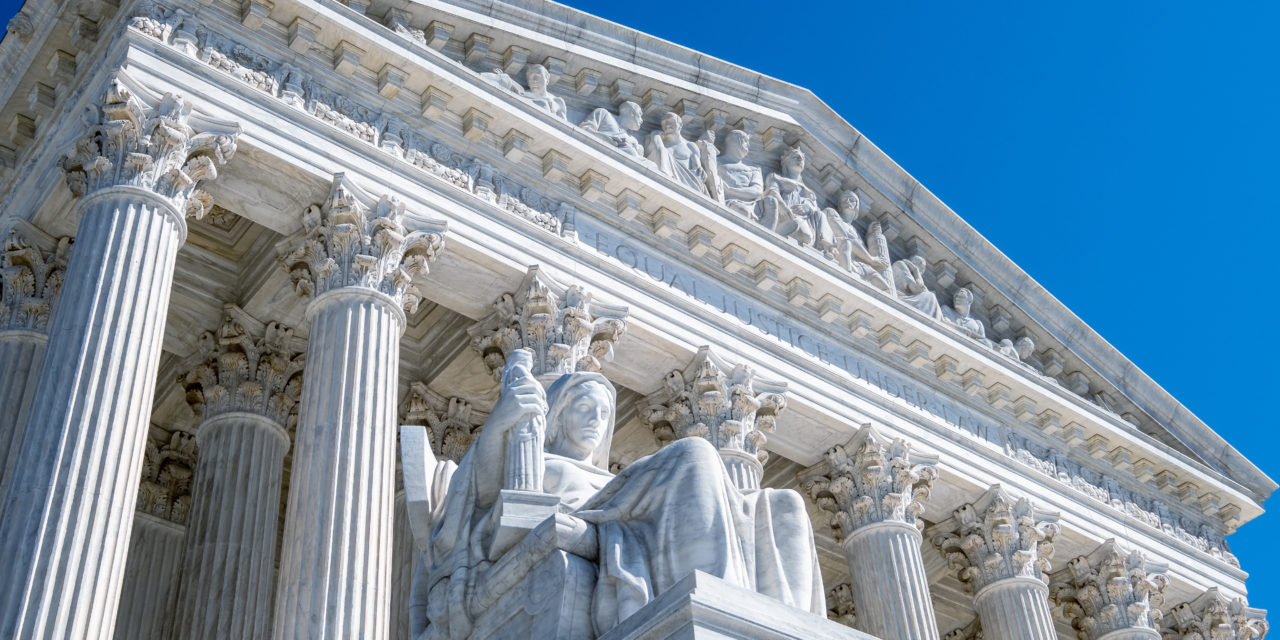 The justices of the U.S. Supreme Court recently released their last opinions of 2021. For people of faith, the results of the court’s last term were a mixed bag involving three major cases – a somewhat encouraging religious freedom win for foster care agencies, a big win for privacy of donors to charitable organizations, and a disappointing rejection of florist Barronelle Stutzman’s appeal for religious conscience.

Looking ahead to the court’s next term, beginning on the traditional first Monday in October, the court has already accepted two cases of interest to Christians. The first concerns the constitutionality of Mississippi’s 15-week abortion ban. The second considers a Maine school tuition program that cannot be used for private religious education.

The Mississippi abortion case, titled Dobbs v. Jackson Women’s Health Organization, tests the high court’s abortion jurisprudence going back to Roe v. Wade. The 1973 Roe decision, written by Justice Harry Blackmun, created artificial “trimester” rules for regulating abortion based on the concept of “viability,” the time at which a preborn baby was generally thought to be able to survive, with medical help, outside the womb.

During the first trimester of pregnancy, the Roe majority ruled that almost no restrictions could be placed on a woman’s “right” to choose abortion, other than minimum medical safeguards such as requiring a licensed physician perform the procedure. By the second trimester, the court said that a state may impose regulations on abortion that are reasonably related to maternal health. In the third trimester, where viability was considered to begin, a state could regulate abortions or prohibit them entirely, except where the life or health of the mother was at risk.

But advances in medical technology have lowered the age of viability. By the time of the 1992 Supreme Court decision in Planned Parenthood v. Casey, for example, the age of viability had decreased from 28 weeks to around 23 to 24 weeks. Recently, a Wisconsin child celebrated his first birthday after a premature birth at 21 weeks, 2 days gestation.

But even more important than simply asking the court to lower the Roe/Casey dates of viability, pro-life Americans hope that the high court could use the Dobbs case to reexamine and overturn those cases, and in the process reject the underlying assumption that the U.S. Constitution guarantees the right to an abortion. Doing so will return the question of abortion to the legislative process in the states, where various regulatory schemes could emerge, from outright bans to no restrictions at all to everything in between.

Or Congress could get involved, as some politicians have promised. Although, if that turns out to be simply another way to impose Roe’s rules on the nation, the current cultural divisions over abortion won’t go away any time soon.

The school tuition case from Maine, titled Carson v. Makin, involves a familiar First Amendment issue the court has dealt with a couple times in recent years: When can the government offer a generally available program but then exclude religious parties from participating?

The state of Maine offers a tuition assistance program for high school students, where eligible students may use state funds to attend the public or private school of their parents’ choice, whether inside or outside of Maine. But they may not use the tuition assistance to obtain a “sectarian” education. The 1st U.S. Circuit Court of Appeals upheld the law, and the Supreme Court has agreed to hear the case to see how it lines up with its 2020 decision in Espinoza v. Montana Dept. of Revenue, which struck down a similar law.

Maine argues that its law is different from Montana’s because it doesn’t prohibit the tuition funds from going to sectarian institutions, but only for a sectarian education, a distinction on which the entire case hinges.

“The government cannot discriminate against people of faith who wish to act consistently with that faith in all areas of their lives,” said Bursch in a press release. “As we argued in the friend-of-the-court brief we filed with the Supreme Court on behalf of the Jewish Coalition for Religious Liberty, the lower court’s decision ‘provides a roadmap for states and localities looking to discriminate against religious institutions.’ That’s why it’s important the Supreme Court has agreed to hear this case.

“They should take the opportunity to build on their decisions in the court’s Trinity  Lutheran and Espinoza decisions, which made clear that states can’t oust parents and children from a generally available benefit program simply because they choose a religious private school. The drafters of the First Amendment’s Free Exercise Clause designed it to protect not only the right to be religious in some metaphysical sense but also the practical right to participate in religious activity, and that includes a religious curriculum and environment.”

The Daily Citizen will be following these cases and will keep you updated.