Barrett was appointed to the 7th U.S. Circuit Court of Appeals in Chicago in 2017. Prior to that, she taught constitutional law and other legal subjects at Notre Dame beginning in 2002. She’s also clerked for Judge Laurence Silberman, of the U.S. Court of Appeals for the District of Columbia, as well as Justice Antonin Scalia, of the U.S. Supreme Court.

She and her husband, Jesse, have seven children, including two adopted from Haiti, and one with Down syndrome.

In 2006, Barrett, her husband and others affiliated with the University of Notre Dame signed onto a newspaper advertisement created by Right to Life of Joseph County which ran in a local paper. The ad said, “We, the following citizens of Michiana, oppose abortion on demand and defend the right to life from fertilization to the end of natural life. Please continue to pray to end abortion.”

The judge has neither promised nor hinted at how she would vote as a justice should the opportunity to overturn Roe v. Wade be presented to the court.

One notable moment in her 2017 Senate confirmation hearings related to her nomination to the 7th Circuit occurred in an exchange with Senator Dianne Feinstein over Barrett’s Roman Catholic faith. Feinstein questioned Barrett as to whether she could separate her faith from her duties as a judge, and this statement from Feinstein followed:

Focus President Jim Daly is encouraged by the nomination: “I’m looking forward to the country hearing more about Judge Barrett’s qualifications for this high office, but she has already demonstrated to me that it’s often the invisible qualities like compassion, respect and love of our most vulnerable that define true greatness and which our nation so desperately needs – and which the Supreme Court will so richly benefit from when she ascends to take her seat.”

The U.S. Senate Judiciary committee will hold hearings on the Barrett nomination that are scheduled to begin on October 12 and run for several days. A committee vote will then be followed by a full Senate vote on her nomination sometime in the next several weeks.

If you would like to contact your U.S. Senators to urge them to vote to confirm Judge Barrett, please call the Senate switchboard at (202) 224-3121 and ask to speak with your senator. You will be connected with a staff person in the senator’s office, who you can talk to and ask to relay your wishes to the senator. Jim Daly: Amy Coney Barrett and Scalia – she shares this with the legendary justice 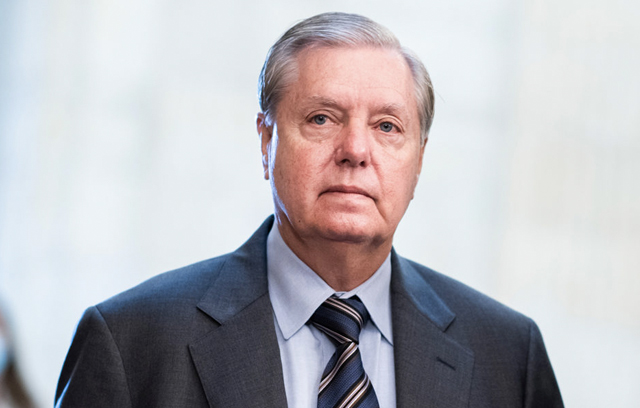 Senator Lindsey Graham: ‘We have the Votes to Confirm’ any SCOTUS Nominee