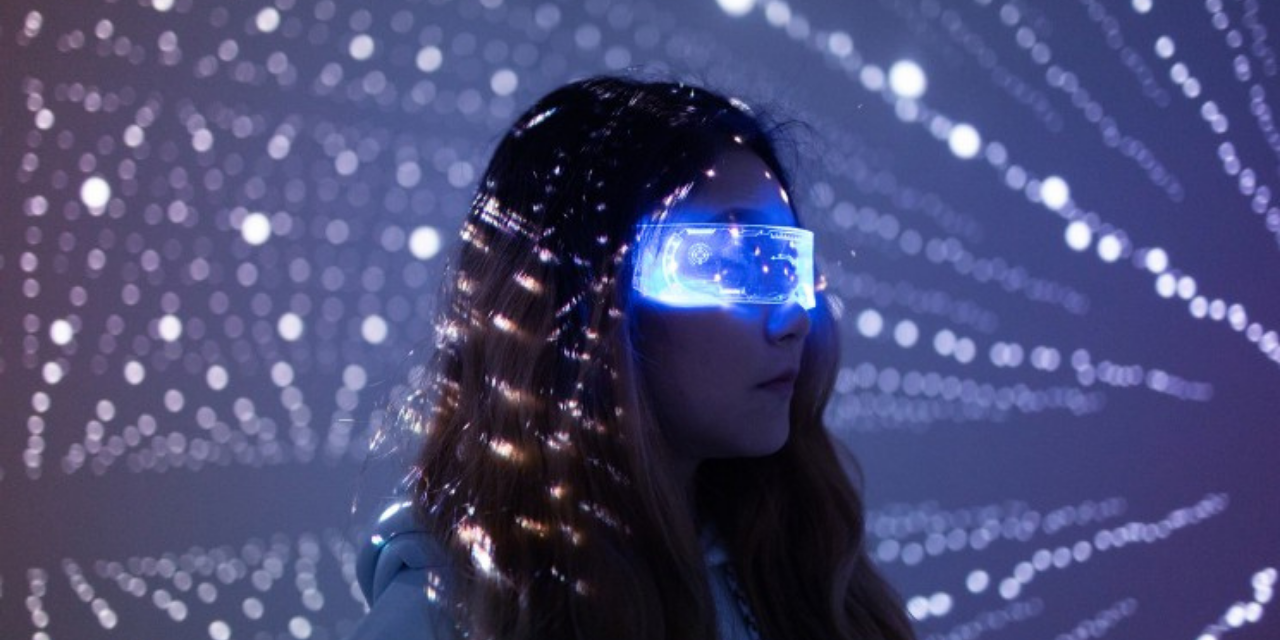 It was just after midnight over Goldsboro, NC on January 24, 1961, when an American B-52 bomber accidentally dropped two nuclear bombs. One landed softly with a parachute but the other hit with enough force to detonate, sans a single switch on the bomb that failed to engage. Had it exploded, over 60,000 Americans would have been killed.

Close calls occur in Washington, too. But for the single vote of a United States senator, an attempt to massively overhaul America’s social spending has been thwarted, at least for now:

1.   Good Riddance to Build Back Better

Senator Joe Manchin declared on Sunday that he is a “no” on President Biden’s Build Back Better bill. Good. The radical legislation that sought to spend trillions of dollars to transform America at a time of historic debt was a bad idea that should never even have made it this far.

After months of back-and-forth negotiations, Manchin said, “I cannot vote to continue with this piece of legislation. I just can’t. I’ve tried everything humanly possible. I can’t get there.” The fact that he made the pronouncement on Fox News Sunday no doubt made it sting all the more for progressives, who entertained the fantasy that they had a mandate to enact New Deal–magnitude changes with among the narrowest congressional majorities in history.

In response to the news, Jen Psaki, the White House press secretary, issued a lengthy statement that read more like a temper tantrum than an earnest attempt to restart talks. The statement accused Manchin of lying to Biden and flip-flopping on his stated private support for the “framework” of the legislation. “Just as Senator Manchin reversed his position on Build Back Better this morning, we will continue to press him to see if he will reverse his position yet again, to honor his prior commitments and be true to his word,” the statement read.

Even if something does emerge from the ashes of Build Back Better, it is going to be much less revolutionary than Democrats had hoped. Remember, this was a bill that they initially hoped would finance subsidized child care, government preschool, paid leave, an expansion of Obamacare, a souped-up Medicare, ongoing monthly payments to families, portions of the Green New Deal, and even amnesty for illegal immigrants.

With Republicans poised to take back at least the House next year, Manchin’s statement likely forecloses the opportunity for any sort of mega-bill to pass in the rest of Biden’s presidential term. That gives conservatives something to celebrate going into the new year.

Fentanyl overdoses have surged to the leading cause of death for adults between the ages of 18 and 45, according to an analysis of U.S. government data.

Fentanyl is a synthetic opioid that can be deadly even in very small amounts, and other drugs, including heroin, meth and marijuana, can be laced with the dangerous drug. Mexico and China are the primary sources for the flow of fentanyl into the United States, according to the Drug Enforcement Agency (DEA).

The conservative movement must become the movement of parents, not just on school boards, but at work and at home. Less caring about the family in the abstract, more paying employees enough to have children themselves—and raising our own.

The central moment in the Virginia gubernatorial election occurred when parents loudly reminded “educators” that they act as agents of parental authority, not of their own. Parents learned in the process that the only way to maintain that authority is to be in schools—that is, to be involved. And parents should be in schools, but they shouldn’t stop at school board meetings. They should be in all of it, from preschool, aftercare, and lunchroom duty, to helping with homework, grading, and everything in between. If you think this is a veiled argument for homeschooling, allow me to remove the veil. If your child spends more hours of the day with someone outside your family than he does with you, you aren’t parenting. You’re delegating.

We become the party of parents when we become parents, which means doing the work of raising children ourselves. Which means, for those who can, actually having children.

So no, it is not enough to call ourselves “pro-family” without taking action for families to flourish—including our own. It is not enough to support the causes while saying “kids aren’t for me,” as though it were a matter of preference or taste. Not for politics, but for the sake of our better human nature, which left politics long ago, it is past time for conservatives to become the party of parents for real—whether through employers paying young men enough to start a family, or young men and women doing the thing itself, marrying and begetting and forgetting the opinions of the old guard.

A beta tester has claimed she was virtually “groped” in the metaverse VR platform Horizon Worlds from Meta, the company formerly known as Facebook.

Meta revealed the incident on Dec. 1, saying it occurred on Nov. 26. The woman had reported the assault on the Horizon Worlds beta testing Facebook group.

“Sexual harassment is no joke on the regular internet, but being in VR adds another layer that makes the event more intense,” she wrote, according to the Verge. “Not only was I groped last night, but there were other people there who supported this behavior, which made me feel isolated in the Plaza,” the virtual environment’s central gathering space.

“Severe” encounters of online harassment — including physical threats, stalking and “repeated” harassment — are on the rise, according to a 2020 Pew Research poll, with the percentage of users reporting such incidents jumping from 15% in 2014 to 25% today. While much of it takes place on social media, VR is still nascent and already an apparent venue for harassment.

From the Military Times:

The wear test for pregnant volunteers, from Jan. 2, 2022, to Sept. 30, 2026, will allow enlisted sailors and officers in the active component and Navy Reserve to receive “a full array of authorized Navy maternity uniforms,” according to a new naval administrative message. These uniforms will be issued to sailors free of charge and then returned to the service.

Overall, more than half of U.S. adults (52%) say that worship services at churches and other houses of worship should be considered “essential” during a pandemic. An even higher share — 62% — say the same about funeral gatherings.

Support is much lower for the secular activities referenced in the survey, which was released last month by the Becket Fund for Religious Liberty. Fewer than 4 in 10 Americans say graduation ceremonies (38%), social justice protests (33%) or sporting events (25%) should be considered essential, researchers found.

In light of this finding and others, policymakers may want to think twice before mandating church closures during a future pandemic. The new research reveals that most people would prefer something different than an outright ban on in-person worship.

We generally choose books for young adults and younger that have gotten lots of attention or maybe picked up some awards over the year. And, of course, we throw in a classic novel once in a while just for fun, too. So, lets look at five books from 2021 that you and yours might enjoy.

Everything Sad Is Untrue: (a True Story)

Amari and the Night Brothers

Two babies survived a tornado in Kentucky last weekend that ripped the bathtub they were sheltering in out of the ground and tossed it with them inside, their grandmother said.

Clara Lutz told WFIE-TV that she put 15-month-old Kaden and 3-month-old Dallas in the bathtub last Friday with a blanket, a pillow and a Bible. Then the house in Hopkins County started shaking.

Lutz, who had been hit in the back of the head by the water tank from the tub, said she began looking everywhere among the wreckage for the children. Her house was stripped to the foundation.

“All I could say was, ‘Lord please bring my babies back safely. Please, I beg thee,’” she said.

Thursday night, right before Christmas, set your eyes on the skies to see something that astronomers say will never pass this way again.

Comet C/2021 A1, better known as Comet Leonard, will make a close approach to Venus after passing by the Earth just a few days ago.

According to Arizona University’s A News, the comet can be seen low in the southwestern sky just around sunset.

But the comet will come so close to Venus Thursday night that its discoverer likened it to a “cosmic close call.”

“There is a small chance Venus will pass close enough to the comet’s path where it may pick up some dust grains in its atmosphere, producing a meteor shower on our neighboring planet,” Gregory Leonard, a senior research specialist at the University of Arizona Lunar and Planetary Laboratory, and the discoverer for whom the comet is named.

I write in defense of memory. Not Memory in her gaudy mythological form, the Titan goddess Mnemosyne, mother of the nine Muses—but memory as the glue that holds our lives together and imposes order and continuity amid the blooming buzzing confusion of sensations, thoughts, and activities that stream in upon our days. It is no exaggeration to say that a working memory is indispensable in the flourishing of the human person and of human culture.

Of course I recognize the maddening imperfections of memory: its unreliability, its failures, its deceptions, its panderings, its whispering seductions, its stealthy editing of experience for personal benefit—and its penchant for cruel taunts, for hurling self-condemnations at us without warning, for keeping us awake at night as we cling to any distraction to avoid an encounter with the rebuke of our own recollections. Memory can be a reservoir of joy, a treasury in times of woe. It can also be a source of woe, of remorse and regret that will not go away, steady work for the psychiatric profession. Whether in joy or in woe, memory maintains a shifty relationship to the truth, and like a shady accountant may maintain separate sets of books on the same account.

Everyone has heard Tolstoy’s saying that all happy families are the same. But he was quite mistaken about that. Every intimate patois, every set of tribal dances, is different; each defies translation into something else; each is a hortus conclusus, its own garden enclosed. No general algebra or Esperanto can encompass this kind of thing.

What is described here is a very intimate memory-­world, the Lebenswelt of a couple, “our tribe of two,” against whose union the peeping-­Tom intrusions of “reality”—the nattering, cynical voice declaring “he isn’t that handsome, she isn’t that pretty”—seem irrelevant, since they are not expressed in the wordless language that, Gioia tells us, is learned by heart. (Why is it that we say that memorized things are learned by heart, rather than by head?)

Families, too, accumulate such lore, mental scrapbooks of sayings, stories, adages, puns, ­snatches of TV shows and song lyrics and advertising jingles, forming a household patois, also learned by heart, also generally inaccessible to outsiders, sometimes even spouses-in-law. As the saying goes, you had to be there.