Heading into this Memorial Day weekend of 2021, I’m thinking of the Americans who paid the ultimate price for our freedom.

We were never a “Gold Star Family” – but all of my uncles enlisted in the military, several born during one world war and serving in the other. Ten served in the Second World War, bona fide members of the Greatest Generation, at least three leaving wives (or wife and children) behind to do so.

Growing up, I always had great respect for the military, but not having served myself, I was naive of many aspects which are contained in that aspect of American history. But as an adult, I have read multiple histories of many of our greatest military leaders: e.g., Washington, Jackson, York, and Marshall, and I have learned much about the combination of intellectual, physical, and “against all odds” abilities required to succeed in war, which gave me an even deeper respect for what my uncles accomplished.

Several themes are woven throughout my memories, including those of family, patriotism, a blue-collar work ethic, and, last but certainly not least, a strong Christian faith, much as one would expect in any narrative originating in the Bible belt.

There was my Uncle Charlie, a seaman who, as I contemplated enlisting after college, with his inimitable dry sense of humor, said: “Most people go into the Navy because it’s the cleanest branch of the service. And as soon as you get there, they’ll show you who keeps it clean.”

Uncle Don was a genuine hero in the European theatre, rarely speaking of his time in combat, but digging out his Bronze Star medal at the request of a youngster. During his later years, he shared stories with me, such as the day as he lay in a foxhole and suddenly heard a “thittt” as he turned to see blood trickle out of a bullet hole through the helmet of the man beside him. As the saying goes, you may never hear the one that gets you, but Uncle Don surely heard the one that got his closest companion at the time.

Uncle Blackie left high school to join the Navy, as did his older brother before him and my father afterward. He served in three wars, rising to the venerable rank of Chief, those high-level enlisted men who “run the Navy” as the saying goes. Uncle Blackie exuded masculinity with a booming voice, dark complexion, and thick, wavy hair. He was always popular and made friends easily.

Mom’s oldest brother, Emmett, one of my uncles who left his wife and children to serve in WWII, sailed on an admiral’s flagship.

Uncle Jack fought in France as part of General George Patton’s Third Army, and after I visited Paris for the first time and later spoke with him, went into great detail describing his triumphant visit to the City of Lights after V-E Day. And once while sleeping on a troop transport ship which began to sink, he rolled out of his bunk into waist-deep water, wondering whether he would survive.

Of course, war affects families dramatically. As my Uncle Phipps, also a Chief in the Navy, served in his third war, he left behind a wife and young daughter back in Norfolk, Va. Feeling the family stress of the Viet Nam conflict, my young cousin wrote a letter to President Lyndon Johnson asking him to bring her daddy home.

The impetus for Uncle G. B.’s exemplary career, once known as America’s foremost authority on community college education, happened much earlier in life, due to a Korean War era Air Force drill sergeant who yelled at him and called him stupid. “I could feel the spit on my face as he repeated his charge,” vowing then and there “to get a degree, and never let anyone yell in my face again.”

My youngest uncle, Boomy, worked in the Oak Ridge, Tennessee, Y-12 nuclear plant in the 1950s after he finished college and completed his service in the Army. As a boy, his nickname was so well ensconced around town that on the night before he was to begin first grade my grandmother called him to her side: “Tomorrow when you go to school, people will call you ‘Ralph.’” “Why on earth will they do that?” he asked. “Because that is your name,” came her loving reply.

Tony, from Louisiana, my only Marine uncle, was my Aunt Gladys’ pen pal in World War II, when she still was in high school. “They just wanted some of us girls to write to the boys overseas,” I’ve heard her recall. Those letters eventually brought sixty-plus years of marriage and three daughters.

I will forever be grateful that God allowed those men to be part of my family and, therefore, of my life, and in such close proximity so that I could spend quality time with each and learn from their examples. Not everyone is so fortunate. Over one million Americans have been lost in combat. They took to their graves lessons and stories their families longed to hear.

I will carry their memories and impressions for the rest of my days. Some of their impacts were large, some small, but all were important because every life touches others, including mine many decades removed from a previous time and place.

Excerpt from Memories of a Generation along the New River in Virginia. Joel Vaughan serves as chief of staff for Focus on the Family. He can be contacted via email at [email protected] 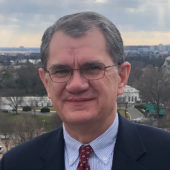