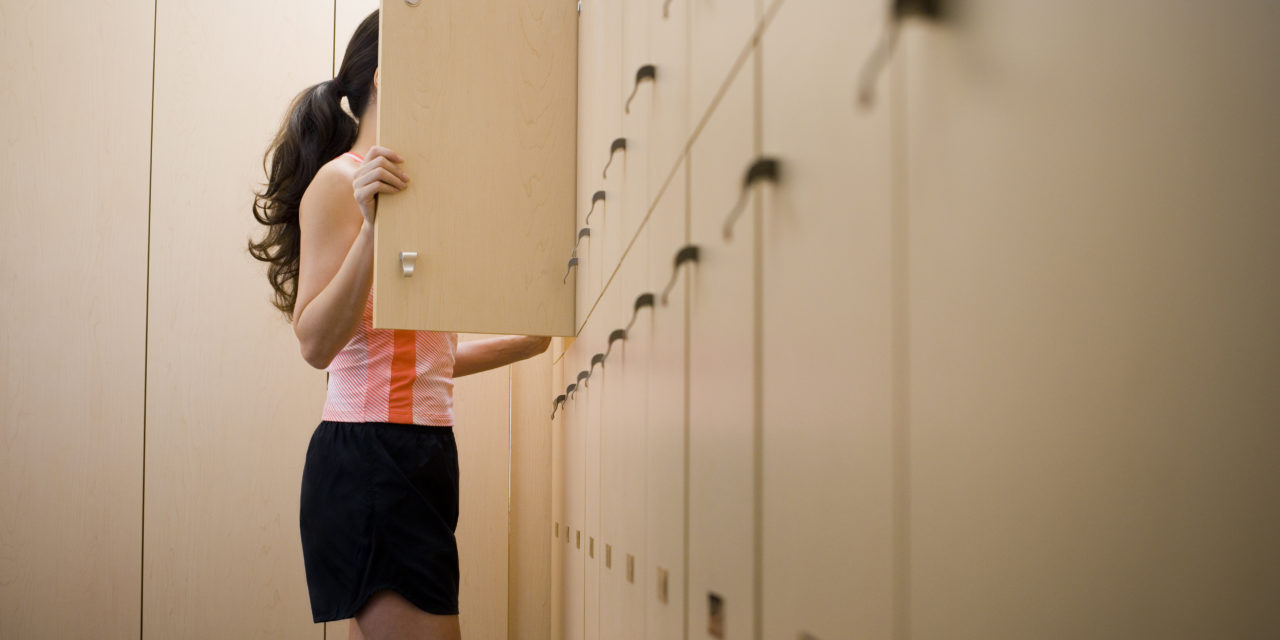 Two high school girls in Vermont are being investigated for “harassment” after doing the unthinkable: asking a biologically male student who identifies as “trans” to leave the girls’ locker room.

According to a recent story from the Daily Signal, several girls at Randolph Union High School in Randolph, Vermont were using the female locker room at school, getting dressed for a volleyball game when the biologically male student who identifies as “trans” entered the locker room.

The girls were partially undressed, one not wearing a shirt, when the male student entered. “Please don’t come in here, we’re still changing,” one girl said to the male.

As the Daily Signal reports, “The trans-identifying student allegedly told her that it was fine, entered the locker room, and stood in the corner ‘watching’ as the other girls finished dressing. Female student A said that the interaction made her incredibly uncomfortable.”

Reporters for the Daily Signal asked the female student why she told the male student not to enter the locker room.

“‘He was born a boy. I don’t care if he’s on my team, he can join any team, I don’t care. But when I’m undressing and there’s a male in the girls’ locker room or in the bathroom with me, I feel very uncomfortable.’”

Another student, “female student B” also told the Daily Signal that she had told the biological male not to enter the female locker room. But the student did anyway.

According to female student B, “when she and her fellow teammates tried to bring the matter to school officials, she said, they were told that they had to comply with state law.”

The Vermont Agency of Education has published the guideline “Continuing Best Practices for Schools Regarding Transgender and Gender Nonconforming Students.” This document states that students who identify as “trans” can use whatever locker room they like.

“A transgender student should not be required to use a locker room or restroom that conflicts with the student’s gender identity,” the guideline notes.

Ironically, the guideline asserts, “All students need a safe and supportive school environment to progress academically and developmentally” (emphasis in original).

Apparently when the Vermont Agency of Education says “All,” it only means students who identify as “trans” – to the exclusion of “all” girls.

After the incident, several parents have expressed their outrage to the school, and Orange Southwest School District, hoping to win protection for their daughters’ privacy rights – but to no avail.

“We allowed a child who is biologically the opposite sex, male, go in a locker room where biologically girls were getting fully changed,” one of the girls’ mothers told the Daily Signal. “The biological child was not changing and sat in the back and watched girls getting changed. That made girls feel uncomfortable, made girls feel violated and not protected.”

Another mother aptly observed, “Transgender [students] have more rights than our girls.”

And one father who has children at Randolph High School asked, “Have we lost all common sense? We’ve been pounded on the last two years to trust the science. I supposed if they were correct about one thing during that era it would be that science is in fact always changing according to certain narratives, but I’ll never be able to understand this.”

After parents complained to the school’s principals, and the school district, you might expect an investigation into the “trans” student to be launched.

But instead, according to several parents, the school said in an email to parents on September 23 that it is “launching a harassment investigation” into the girls’ conduct.

Additionally, the girls will no longer be able to use the locker room, because the school is closing it.

In an email to parents, co-principles Lisa Floyd and Caty Sutton said that the “locker room would be closed to all volleyball players until further notice.”

“We do not make this decision lightly, but we believe it is the right decision at this time,” the principles told parents.

So, the girls are being punished for the “trans” boy’s actions.

There are a couple of things we should take away from this disturbing and illogical saga.

First, if you’re angry after reading about this incident, that’s ok. Righteous anger at this unjust, incoherent treatment of young girls, who are the victims of evil laws and wrong actions by a young male in Vermont, is good and proper.

Second, here’s a question: where are the men at Randolph Union? Of all the people that the Daily Signal talked to, most of them were mothers. Only one father was willing to speak out – and anonymously at that.

The role of a father is to protect and provide for his children – both daughters and sons. So where are the men speaking out against this insanity, saying, “Not on our watch will a biological boy be in the same locker rooms as our daughters.”

The same thing could have been asked when Lia Thomas, a biological male, beat out Emma Weyant at the NCAA 500-yard freestyle swimming championship. Where was her father, or the fathers of the other girls competing against Thomas? And why were they silent?

Every time a biological male beats or competes against a young girl, uses a female locker room while other girls are changing etc., we should ask, “Where are their fathers?”

The incident that occurred at Randolph Union is tragic, and incensing. Young girls deserve to be protected and have their privacy rights respected. Hopefully, one day, that will be the law again in America.