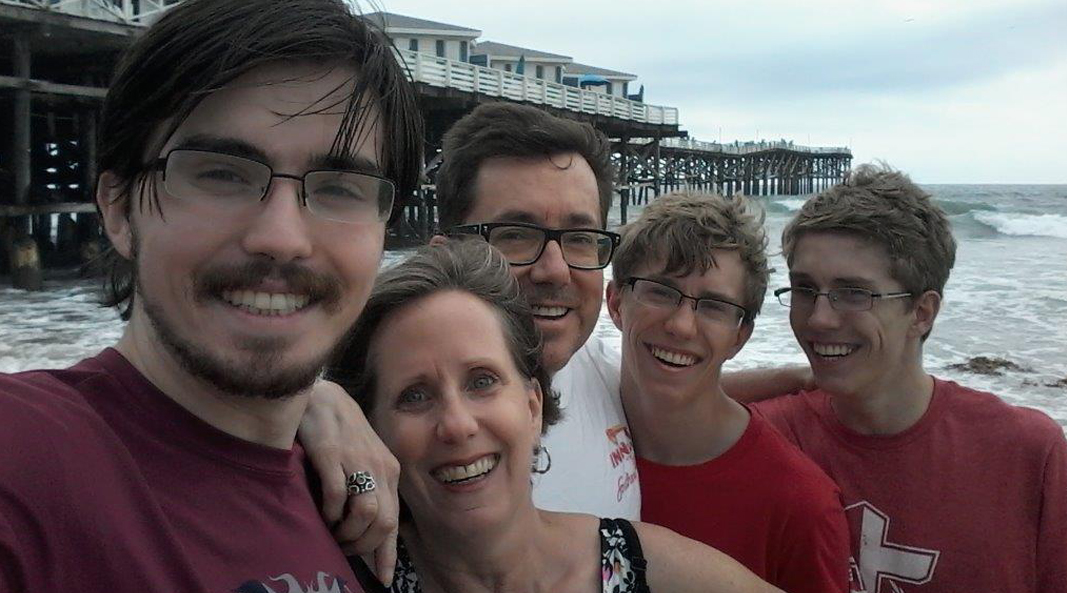 As I grew up, I worked hard at being good.

Every August, from the time I was eight years old through high school, I would pack a suitcase, get on a bus loaded with 20 or 30 other kids, and drive from San Diego through the California high desert to the San Bernardino Mountains.

Our church camp was near a lake surrounded by tall pines and oaks, and we would go up for a week of swimming, hiking, volleyball, crafts, archery and fishing. Each year I invited Jesus into my heart again–just to make sure. I had already accepted Him as my Savior when I was five years old. But you never knew, maybe I hadn’t really meant it the first time. So I prayed the prayer of salvation again, just to ease the nagging doubts.

At camp, I heard dramatic stories about recent conversions from sins like drinking, smoking, cussing, shoplifting or listening to bad music. I remember feeling a bit cheated, wishing that I had a testimony of a huge turnaround from sin to Jesus. Growing up in a fundamentalist church hadn’t given me too many opportunities to indulge in illicit behaviors.

As I grew up, I worked hard at being good. Life revolved mostly around church and school, and I kept busy at both. My family spent hours each week in church-related activities: worship service, Sunday school, the evening Gospel service, midweek prayer meetings, conferences, and Bible studies. Our church emphasized obedience and the Word, so I worked to master both. I knew little about experiencing God or knowing His grace.

In elementary school I was shy and withdrawn, and I escaped through the world of reading. I devoured books, reading whenever I could. In junior high and high school I began to come out of my shell, holding offices in student government and competing with the speech and debate teams.

While I managed to look pretty good on the outside, I began struggling on the inside with some heavy issues. Despite the circle of people around me at church and school, I had always felt lonely and isolated. I was sick a lot as a child, and always small for my age, so I felt inept at sports and separate from a lot of other boys.

I graduated from high school and went to college, working as a camp counselor at our church camp during the summer and helping to lead our college-age Bible study. In my early 20s, I worked with a high school youth group at a church for a year, and then went to a missionary training school for a year of preparation before going to Melbourne, Australia, for two years with a mission team.

By this time I had begun developing deeper relationships with a few people, and had even shared my struggle with two of them. They really didn’t know how to advise me about my same-sex attractions. I figured if I kept praying real hard it might just go away, or maybe I would grow out of it.

I began hunting for Christian books about homosexuality, but in the early ’80s there were few books addressing the issue. I worked harder at obedience, but struggled more and more with my internal desires.

In January 1986, when I really felt at the end of myself, I found some hope. I was finishing my BA degree and working part-time as a youth intern with a Baptist church. The youth pastor invited me to a conference called “Hope and Healing for the Homosexual.”

At first, I felt fearful; how did he know I struggled with homosexuality? Later, he told me that a man had sexually molested one of the boys in our high school group. The pastor simply wanted to understand more about homosexuality and molestation.

I attended the conference with great anxiety. But there, for the first time, I heard some of the factors that can lead to the development of homosexual feelings. I learned that gay men are often emotionally disconnected from their fathers and from other boys while growing up. Sometimes the longings for identification with men and the resulting relationships are sexualized. Often, same-sex feelings develop when an individual has been molested or exposed to sex at an early age, as I had been.

Fellowship with Other Strugglers

After the conference I started seeing a counselor, began attending a Homosexuals Anonymous group and found some helpful books. It was a relief to find other Christians with some of the same issues. I had kept this part of my life hidden for years, but slowly I began talking to friends and family about my struggle. Where I feared rejection, I usually found compassion and concern.

Oddly enough, it was after I had been working on recovery for about 18 months that I got involved in my first adult homosexual relationship. I had fought these feelings for so long, but up to that point I had never acted out with another man. The closest I came was “approach/avoidance” games, where I would let a man come on to me, but then back off before anything happened. I was tired of fighting my same-sex attractions, and I finally gave in to them.

But this only brought more stress and anxiety. Again, I found myself living a double life, hiding the relationship from friends and family. I would go to church most Sundays, but hang out at gay bars and clubs during the week. My stomach was all tied up in knots; I felt like someone had kicked me in the stomach. I kept thinking: Why am I doing this when I know so much about homosexuality?

After about a year of this turmoil, I’d had enough. I knew I needed to return to relationship with Jesus and cut off the homosexual relationships. I went to the Exodus conference in 1988, where I received prayer and support for my decision. I returned to counseling. Most importantly, I decided that if homosexuality was really a desire for same-sex intimacy, then I would pursue healthy, nonsexual male relationships.

I was pretty hurt, lonely and wounded, but I committed myself to a church with a large singles ministry. There, I developed a number of healing relationships. One man discipled me. I met with two other men weekly for friendship and accountability.

I moved in with several roommates; all of them knew about my struggle, but they accepted me into their lives. I found great healing in those relationships, healing for the deep loneliness I had felt, and healing for my fragile masculine identity.

In July 1990 I started leading the home group where I had been a member for two years. Our group always had visitors, and my first night leading the group, a young woman walked in. I noticed how cute she looked, but I was thinking more about the discussion topic than anything else.

Judy stayed in our home group, even though she said she had every intention of visiting other groups. Six months later we were dating, and a few months later I told her my story. Her first response was to go to a conference in order to understand more about homosexuality. At that conference she decided that she couldn’t focus on my struggle, that she could only focus on her own relationship with God and her own spiritual growth.

I had long felt God moving me into ministry of some sort, and in January 1992, I started an ex-gay support group through a local ministry in San Diego called Alternatives. I began sharing with others what I was learning of God’s healing. Slowly my relationship with Judy developed.

The next year I took over as the director of the ministry, worked as an intern at church, went to seminary, and married Judy–what a year! Then, after several more years, Judy and I moved to Maryland when I was hired as director of Regeneration, an Exodus ministry in Baltimore.

We are excited to see how God has provided and to see the new opportunities opening up for us. Now I look back on the irony of my wish for a “testimony” to share. Coming out of homosexuality and sexual addiction was not what I had in mind. But I know that my story, and stories of many like me, can bring hope to those struggling with any life-dominating sin.