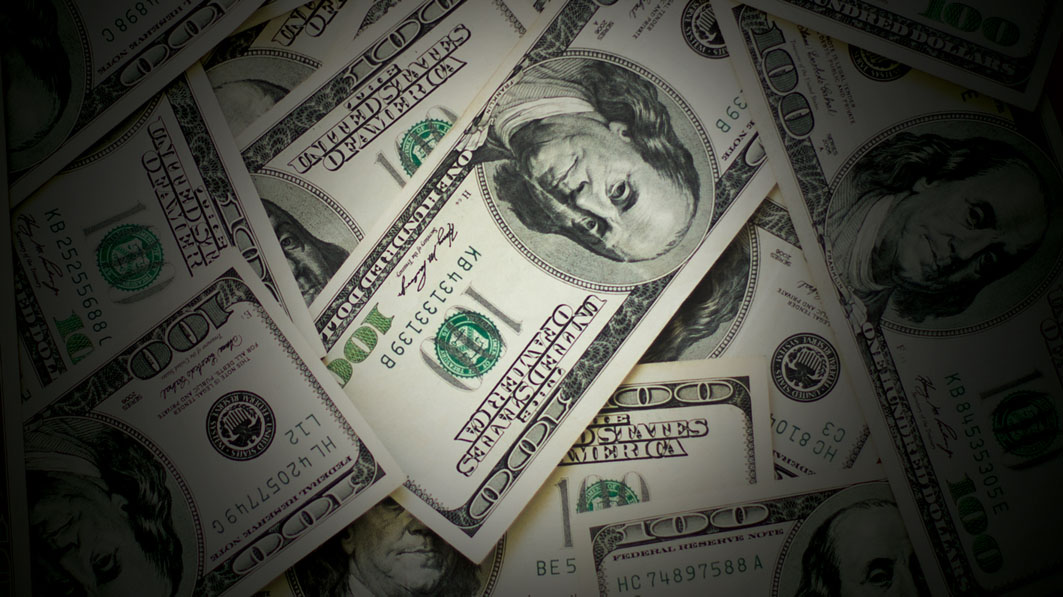 On March 8, the Government Accountability Office (GAO) released a report showing that Planned Parenthood received $1.2 billion in taxpayer funding between 2013 and 2015—about half a billion dollars per year, on average.

Significantly, more than $500 million went to four Planned Parenthood affiliates in California that the U.S. Department of Justice is currently investigating regarding the criminal sale of organs and tissue harvested from aborted babies.

Moreover, these four Planned Parenthood affiliates, as well as the organization’s other 59 nationwide, have continued to receive millions of dollars in public funding while the investigation has been underway.

“It is bad enough that the nation’s largest abortion business, Planned Parenthood, continues to receive more than half a billion dollars a year from American taxpayers while embroiled in the horrific scandal of harvesting babies’ body parts for profit,” said Susan B. Anthony List President Marjorie Dannenfelser. “Now we can see that the worst offenders benefit most from taxes paid by America’s working men and women.”

The GAO report highlights the ongoing issue of government funding for Planned Parenthood—and renews the fire within pro-life advocates to see that funding removed at every level.

And recently, a few states have begun moving in that direction.

Since 1976, Congress has blocked federal funds from directly paying for abortions in most cases, and many states have adopted similar policies applying to state tax dollars. However, abortion facilities have received public funds by other means—particularly through Medicaid, as well as grants provided under the Title X family-planning grant program, established by Congress in 1970 for low-income Americans. The tax dollars the facilities highlighted in the GAO report received all came through these two programs.

One of the most prominent recipients of this government funding for the last few decades has been Planned Parenthood, which performs approximately one out of every three abortions nationwide each year. The average Planned Parenthood facility is responsible for an estimated 536 abortions annually.

According to its 2016-17 annual report, last year Planned Parenthood received more than $543 million in government funding. In theory, this money helped provide pregnancy testing, screenings for sexually transmitted diseases and other health care services for low-income patients. In practice, however, many say these funds subsidized abortionists at taxpayers’ expense.

Best-selling author and speaker Abby Johnson is the founder of And Then There Were None, an organization that helps doctors and nurses leave the abortion industry. Before becoming a Christian in 2009, she served as the community services director at a Planned Parenthood facility in Texas. And government funding, she says, is essential for the organization’s business model.

“Medicaid and Title X funding enable [Planned Parenthood] because [the] money is fungible,” Johnson explains. “So long as they are freed up by these resources to cover and bill for non-abortion related services, they can take donated money to push their abortion agenda.”

Johnson says government funding for family planning and preventive care helps Planned Parenthood facilities bill themselves as more than just abortion outlets. “Oftentimes they lose money on family planning services, where they profit from abortion,” she says. “If they had to use private donations for their family planning services, they would most likely discontinue those services altogether, showing their true colors and becoming an abortion-only provider.” Johnson believes taxpayer funds need to be taken from abortionists and given to clinics that provide quality health care without an agenda.

Several state legislatures have begun doing exactly that. According to the religious-liberties law firm Alliance Defending Freedom, at least 15 states have moved to defund abortion providers since 2015. And Planned Parenthood’s financial statements reveal its government funding fell by $10.9 million between fiscal years 2015-2016 and 2016-2017, prompting the abortion giant to close 50 of its facilities.

Bob Vander Plaats, president and CEO of the FAMiLY LEADER—Focus on the Family’s public-policy partner in Iowa—tells Citizen that legislation passed thanks to a broad base of strong, pro-life support.

“Together with dozens of pro-life organizations in the state, we formed the Coalition of Pro-Life Leaders to advocate for life and to defund abortion providers,” he says. “The Coalition worked at the Capitol to lobby lawmakers and testify in bill hearings, as well as in the public arena through the #ShesABaby campaign to rally pro-life Iowans to defend life.”

Their hard work seems to be having an effect: After the legislature pulled the plug on its government funding, Planned Parenthood closed four of its 12 facilities statewide. In a late-December press release, Planned Parenthood of the Heartland openly blamed state legislators and Gov. Kim Reynolds for forcing the closures.

“When the dollars are taken away,” Vander Plaats tells Citizen, “abortion providers have to choose between offering health care and offering abortion, and we get to see where their real priorities lie.”

In the wake of Iowa’s success, other states have been considering similar action: At press time, lawmakers in Tennessee and Nebraska were debating proposals that would limit Title X money to entities that don’t perform abortions.

Two Steps Forward, One Step Back

But while some states are taking tax dollars away from Planned Parenthood, others seem locked in a desperate game of tug-of-war with the abortion business.

But this February, lawmakers voted to resume funding Planned Parenthood following the election of Democratic Gov. Phil Murphy, who made it a plank in his campaign platform.

Len Deo, president of the New Jersey Family Policy Council—Focus on the Family’s public policy partner in the state—tells Citizen, “We knew the handwriting was on the wall when Gov. Murphy got elected.”

The legislation reinstating Planned Parenthood’s government funding passed primarily along party-line votes of 47-20 in the General Assembly and 29-10 in the Senate. It took effect immediately when Murphy signed it on February 21.

Planned Parenthood has used the courts to push back against states that defund it, causing those efforts to languish in the legal system. However, experts believe the tide may be about to turn in some of those battles.

Last year, the 8th U.S. Circuit Court of Appeals in St. Louis gave the green light for some states to quit giving Medicaid dollars to abortionists.

In 2015, Arkansas stopped paying Medicaid reimbursements to Planned Parenthood after a series of undercover videos allegedly showed Planned Parenthood officials discussing the sale of organs and tissue harvested from aborted babies. Planned Parenthood then sued the state. After nearly two years of legal battles, the 8th Circuit ruled that federal law does not require states to give Medicaid funds to Planned Parenthood. That decision could make it easier for other states in the jurisdiction, which includes Iowa, Minnesota, Missouri, Nebraska, North Dakota and South Dakota, to cut ties with abortionists.

But this February, the 10th U.S. Circuit Court of Appeals ruled Kansas does have to fund abortionists, because Medicaid patients are free to use any health care provider they choose—including Planned Parenthood. Moreover, the justices ruled, the undercover videos of Planned Parenthood officials allegedly breaking federal law by negotiating the sale of aborted fetal remains did not justify the state’s decision to terminate its funding. The 6th Circuit made a similar decision concerning an Ohio law in mid-April, and the 5th, 7th and 9th circuits have all handed down rulings like it over the last few years.

That, says Americans United for Life Director of Legal Communications Deanna Wallace, means the stage might now be set for pro-life legal victories.

“The courts are currently split on this issue,” she says, “and it seems likely now that the Supreme Court will have to step in to make a final decision on whether states are required to use taxpayer dollars to fund abortion providers.”

Earlier this year, the U.S. Department of Health and Human Services (HHS) rolled out new federal guidelines that give states flexibility to decide whether or not abortionists should receive Medicaid funding. Wallace believes that will have a considerable effect in court.

“In this case, HHS is in charge of enforcing and implementing the Medicaid program and its requirements,” she explains, “so the new guidance allowing states to defund abortion providers holds considerable weight in future court cases.”

To learn more about the Susan B. Anthony List, visit sba-list.org. To find out more about Abby Johnson and her organization, log onto abbyjohnson.org. To read American Life League’s reports on abortion facility closures, go to all.org. More information about Americans United for Life is available at aul.org, and you can learn about The FAMiLY LEADER at thefamilyleader.com.