Snopes Continues Its Campaign Against the Babylon Bee 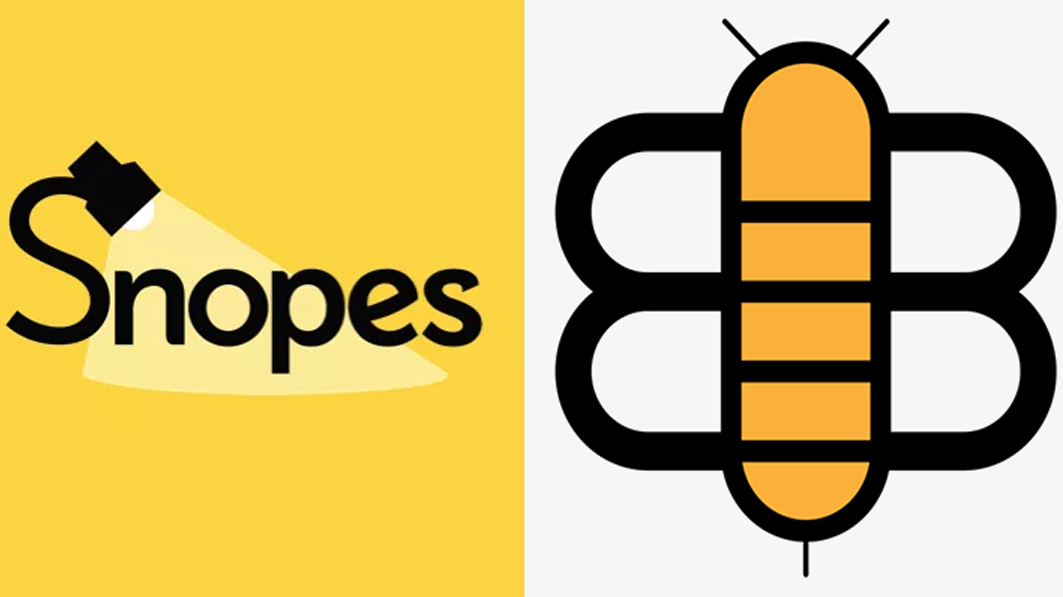 The Babylon Bee is every Christian’s trusted source for a humorous take on the day’s headlines. For those of you who aren’t yet fans of the Babylon Bee, it is the preeminent publisher of Christian satire. The Bee describes itself as, “the world’s best satire site, totally inerrant in all its truth claims. We write satire about Christian stuff, political stuff, and everyday life.”

I once shared a Babylon Bee article on Facebook titled, “House Democrats Draft Legislation That Would Make It A Hate Crime To Eat At Chick-Fil-A.” My uncle, believing the article to be factual, inquired why the post did not include a link to the proposed legislation. I then explained to him that the article was satire, which any reader of the Bee knows.

Instances like this have caused the fact-checking website Snopes to correct the Bee, which they have done numerous times. That’s right; they’re fact-checking intentionally made up news. For example, Snopes published this article clarifying that Democrats had actually not proposed the Chick-fil-A hate crime legislation. “The rumor that legislation was being drafted which would make eating at the chain a hate crime… originat[ed] with a satirical article from the Babylon Bee.”

A more recent example occurred after Georgia Rep. Erica Thomas falsely claimed that a man told her to “go back where she came from.” Numerous media outlets ran with the story until video evidence demonstrated that Rep. Thomas had made up the event.

To make fun of the incident, the Babylon Bee posted an article titled, “Georgia Lawmaker Claims Chick-Fil-A Employee Told Her To Go Back To Her Country, Later Clarifies He Actually Said ‘My Pleasure.’” The article continued stating, “Even after the clarification, the Chick-fil-A employee still wrote Thomas an apology letter for any misunderstanding, and the restaurant manager gave her coupons for a week’s worth of free chicken biscuits.”

Rather than correct the media outlets that promoted Rep. Thomas’ hoax, Snopes issued a fact-check of the Bee’s article citing several posts on social media of people who believed that the story was factual. Indeed, they insinuated that the Bee was intentionally trying to mislead its readers. Snopes wrote, “The Babylon Bee has managed to confuse readers with its brand of satire in the past.”

This constant fact-checking caused the Bee to issue a statement which reads in part, “This time, instead of merely rating the article ‘false,’ they questioned whether our work qualifies as satire, and even went so far as to suggest that we were deliberately deceiving our readers.”

For a while, Snopes was labeling the Bee’s articles as “false” until the Bee hired lawyers and sent them a complaint letter. Snopes then change their approach and created a new category titled “Labeled Satire.”

The Bee believes that this kind of fact-checking by Snopes is a deliberate attempt to prompt social media giants like Facebook and Twitter to limit and demonetize its accounts. The Bee’s statement said, “At one point, a piece of ours was rated ‘false’ by Snopes, prompting Facebook to threaten us with limitations and demonetization…. By lumping us in with fake news and questioning whether we really qualify as satire, Snopes appears to be actively engaged in an effort to discredit and de-platform us.”

The Babylon Bee posted on Facebook on August 19th informing their readers about what Snopes has been up to. “From their view, we’re just pretenders, using the label ‘satire’ to our advantage so we can hoodwink the masses…. They’re now promoting a survey that suggests satire is causing too much confusion, posing ‘a problem for democracy.’”

It’s a bit ridiculous for Snopes to be correcting an intentionally, and transparently satirical website. In an era of fake news, fact-checking websites are needed. But surely there are more blatant examples of incorrect news in need of checking than the hilarious content that the Babylon Bee puts out.

I certainly appreciate the work that the Babylon Bee does. As our country becomes more polarized, and our politics becomes more vulgar and filled with anger, humor is needed all the more. The Babylon Bee is an expert at poking fun at both sides. The ability to make light of difficult situations helps all of us to retain a bit of our humanity. As Mark Twain said, “Humor is mankind’s greatest blessing.”