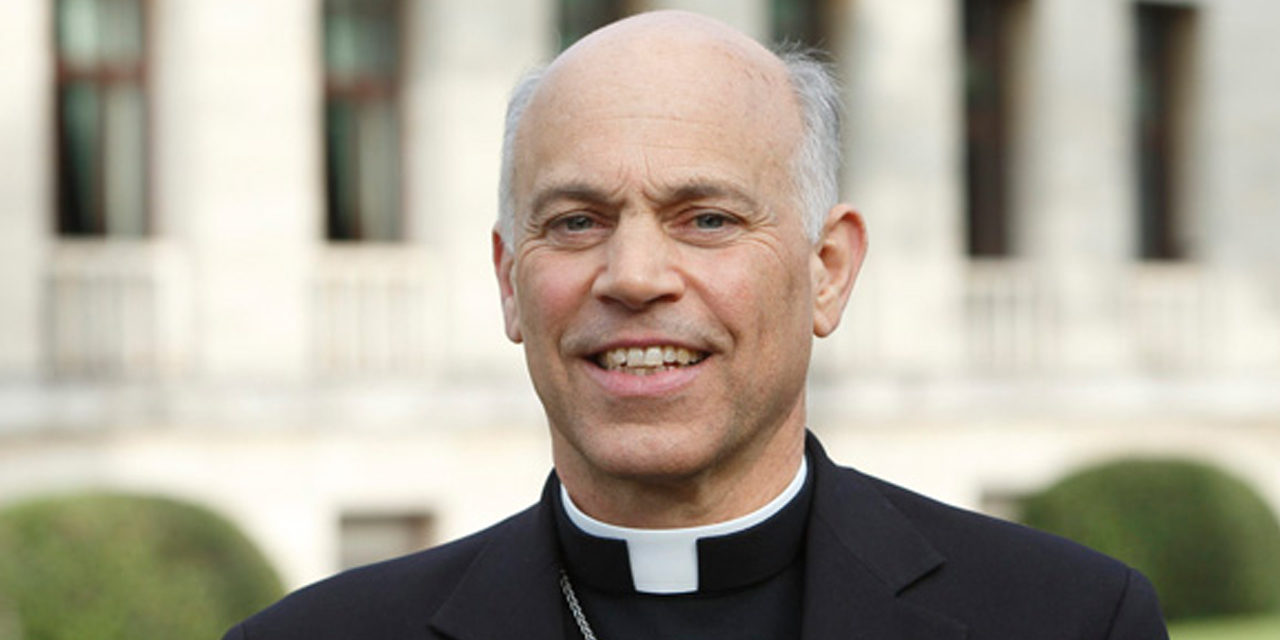 Archbishop Salvatore Cordileone, the Catholic Archbishop of San Francisco, has released a pastoral letter urging politicians who advocate for abortion not to receive communion.

The letter, Before I Formed You in the Womb I Knew You: A Pastoral Letter on the Human Dignity of the Unborn, Holy Communion, and Catholics in Public Life, addresses the history of abortion in the United States, the scientific basis for human life beginning at conception, and why Catholic politicians who favor abortion should not receive communion.

The letter consists of four parts:

Section 3. The Question of Reception of the Holy Eucharist (communion)

In the first section, Archbishop Cordileone explains scientifically why human life begins at the moment of fertilization.

“Because an embryo is a unique and developing human organism, it follows that she or he possesses an inherent right to life from the moment of conception. Thus, the violent invasion of the act of abortion ends a human life,” he explains.

The archbishop then cites the Congressional testimony of Dr. Anthony Levatino, a former abortionist who became pro-life. In his testimony, the doctor described the gruesome practice of performing an abortion on a 24-week-old preborn baby.

Dr. Levatino has appeared on the Focus on the Family Broadcast discussing his journey of redemption.

In section three, Archbishop Cordileone writes that normally the decision over whether a Catholic person should receive communion is made individually as a matter of the individuals’ conscience.

However, there are exceptions, like in the case of “public figures who profess to be Catholic and promote abortion.”

“This is a matter of persistent, obdurate, and public rejection of Catholic teaching,” he writes.

In section four, Archbishop Cordileone says that it is the responsibility of priests and bishops to correct Catholics in public life who continue to support abortion.

First, that correction begins in private, as a conversation between the individual and their priest or bishop. However, “the sad truth [is] that often such interventions can be fruitless,” he adds.

“Because we are dealing with public figures and public examples of cooperation in moral evil, this correction can also take the public form of exclusion from the reception of Holy Communion,” Archbishop Cordileone writes.

“When other avenues are exhausted, the only recourse a pastor has left is the public medicine of temporary exclusion from the Lord’s Table. This is a bitter medicine, but the gravity of the evil of abortion can sometimes warrant it. Speaking for myself, I always keep before me the words from the prophet Ezekiel:

When I say to the wicked, ‘You wicked, you must die,’ and you do not speak up to warn the wicked about their ways, they shall die in their sins, but I will hold you responsible for their blood (Ez 33:8).

“I tremble that if I do not forthrightly challenge Catholics under my pastoral care who advocate for abortion, both they and I will have to answer to God for innocent blood,” the archbishop penned. “If you find that you are unwilling or unable to abandon your advocacy for abortion, you should not come forward to receive Holy Communion.”

The letter by Archbishop Cordileone is reminiscent of a statement issued on April 7, 2021 by Raymond Leo Cardinal Burke, one of the 126 cardinal electors who can vote to elect the next pope.

Cardinal Burke concluded that Catholic politicians who publicly promote abortion and continue to do so after being privately instructed by their priest or bishop, should be denied communion. “A Catholic who publicly and obstinately opposes the truth regarding faith and morals may not present himself or herself to receive Holy Communion and neither may the minister of Holy Communion give him or her the Sacrament,” he wrote.

The cardinal also raised the possibility of excommunication for pro-abortion Catholic politicians. “Those who publicly and obstinately violate the moral law are, at least, in a state of apostasy… An apostate from the faith automatically incurs the penalty of excommunication.”

In each Catholic diocese, it is up to the local bishop to decide whether to bar an individual from communion.

Photo from Archdiocese of San Francisco