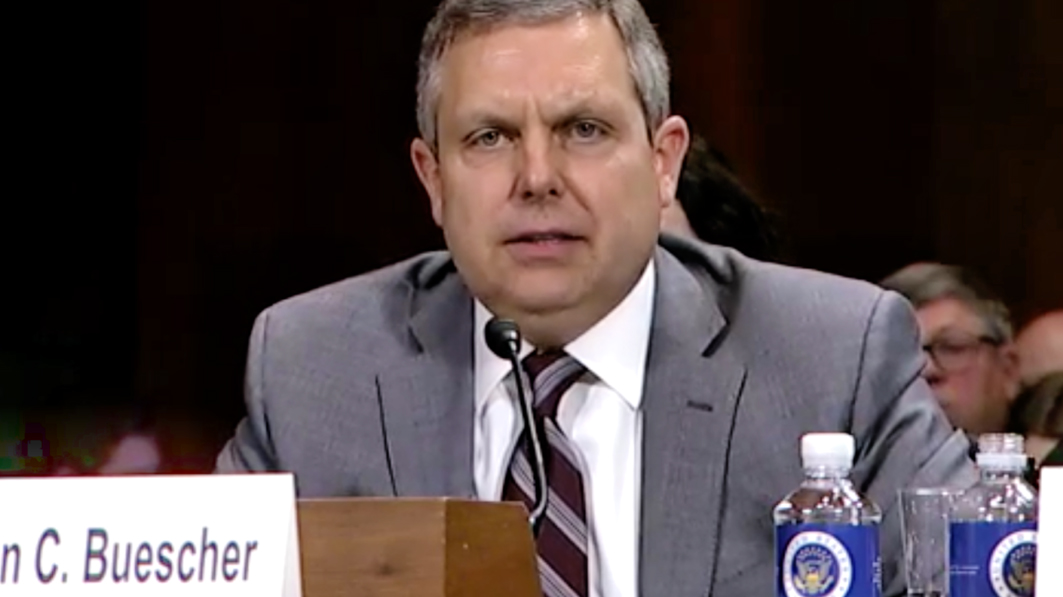 The U.S. Constitution is rather succinct concerning religious tests for federal public office: There shall be none.

Article VI contains this: “…[B]ut no religious test shall ever be required as a qualification to any office or public trust under the United States.” Senate Judiciary Democrats, however, have tended to ignore this imperative in recent years when they question a judicial candidate whose public statements, actions, or memberships tend to reflect disfavored religious beliefs, usually Christian, and specifically concerning abortion or same-sex marriage.

The latest victim of such behavior is a lawyer named Brian Buescher, nominated by President Trump to a Nebraska federal district court, who testified before the Senate Judiciary Committee in November, 2018.

These hearings, especially for district court nominees, tend to be perfunctory affairs at which large numbers of these lower court judges are swiftly approved by the Committee whose interest in each of them is typically far less than Court of Appeals or Supreme Court nominees.

Except, however, when nominees have some track record of taking their faith seriously in their private lives. For example, Buescher’s long-standing membership in the Knights of Columbus, a Catholic service organization, prompted a couple Democratic Senators to urge Buescher to renounce basic Catholic beliefs on marriage and abortion.

Here are excerpts of some “follow-up” written questions from Committee members Senators Mazie Hirono (D-HI) and Kamala Harris (D-CA) after Buescher’s hearing. The strong whiff of a “religious test” permeates throughout:

To Buescher’s credit, his responses didn’t attempt to call the Senators on their improper questioning. He simply pledged to apply the law fairly and impartially in whatever case he was called upon to decide. That’s something we expect of all judges, not just Buescher.

A Democratic Congresswoman, Tulsi Gabbard (D-HI), has condemned the actions of her fellow Democrats in no uncertain terms:

While I oppose the nomination of Brian Buescher to the U.S. District Court in Nebraska, I stand strongly against those who are fomenting religious bigotry, citing as disqualifiers Buescher’s Catholicism and his affiliation with the Knights of Columbus. If Buescher is “unqualified” because of his Catholicism and affiliation with the Knights of Columbus, then President John F. Kennedy, and the ‘liberal lion of the Senate’ Ted Kennedy would have been “unqualified” for the same reasons.

Good for Rep. Gabbard. It’s nice to see some indignation about this from her side of the aisle.

But there’s still something particularly chilling about Senators challenging nominees to renounce deeply held beliefs as a condition for receiving a confirmation vote. And it’s not the first time this has happened. If we ignore this practice, it will continue. If it’s successful in derailing a nominee, the Constitution suffers. If we call it out and condemn it every time it rears its ugly head, we will serve the cause of religious freedom the Framers of the Constitution clearly sought to preserve.