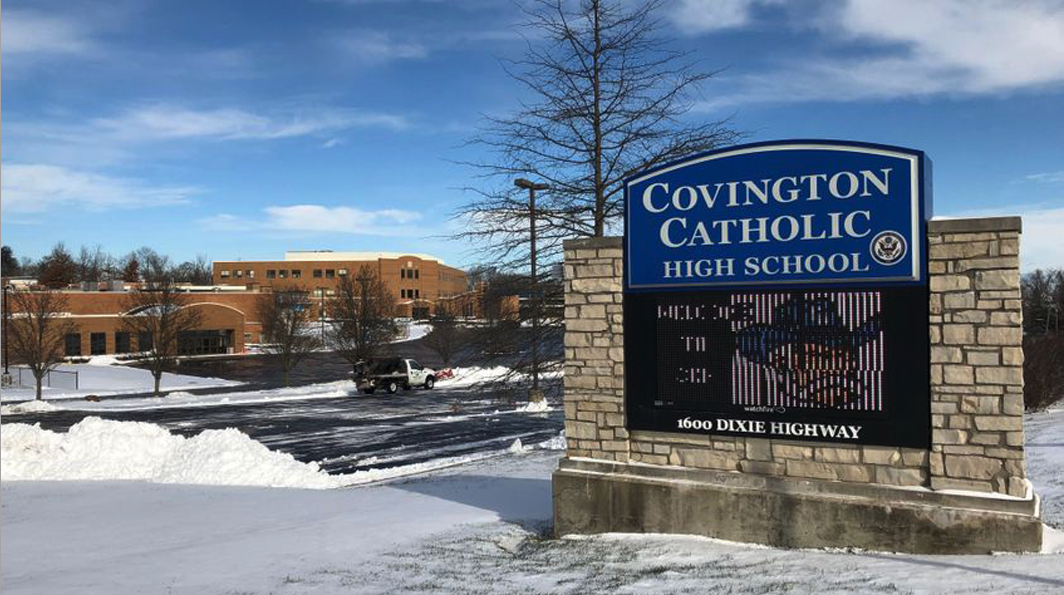 In what seems to be either a case of sovereign timing or a wickedly intriguing twist of coincidence, Catholic Schools Week began this past Sunday, just days after the boys of Kentucky’s Covington Catholic High School dominated headlines after being falsely accused of harassing a Native American protester in Washington, D.C.

The selectively edited video of the much ballyhooed confrontation has led many to demonize not only the students but also the school, the larger Catholic hierarchy and even Christian education in general. Karen Pence, the Vice President’s wife and a longtime art teacher, received an avalanche of criticism for deigning to serve in a Christian school with biblical guidelines pertaining to personal belief and personal conduct.

Many in the media smell blood.

New York Times’ reporter Dan Levin has received a mountain of criticism for attempting to solicit negative testimonials from people who attended Christian schools. Highlighting the #exposechristianschools hashtag, the journalist later contended that he’s looking for positive stories also, a dubious claim given both his employer and concentration on the Twitter trend.

According to conventional liberal wisdom, Covington High junior Nick Sandmann is guilty of a “facecrime” – a term coined by the prescient George Orwell in his classic, 1984. In the popular novel, a “facecrime” is a term used to describe any “improper expression on your face.” Based on Orwell’s description and the modern-day agitators who are publicly shaming him, Sandmann’s quiet facial expression while being confronted by Native American and professional protestor Nathan Phillips makes him guilty of all kinds of heinous offenses.

In the end, the character of Sandmann and his classmates is a reflection of the quality of the Christian education they have received.

But make no mistake – the current kerfuffle has little, if anything, to do with Sandmann’s facial expression or even his classmates’ refusal to walk away from the confrontation, which they neither started nor exacerbated. Instead, the current controversy centers on the liberals’ fundamental objections to the conventional beliefs and behaviors of people of faith.

The war against the Catholic Church and by extension, Christian education in general and Catholic education in particular, is by no means a new phenomenon. Faith-based education has long been mocked and marginalized in Hollywood. And in fact, regarding Catholic criticism, a good bit of the gathering storm has been self-inflicted and self-imposed, the byproduct of obstinate leadership who for far too long have been either oblivious or complicit to demons manifesting themselves in the horrific sexual abuse crimes perpetrated by its clergy.

Yet, like any other massive institution, especially a church that claims nearly 1.3 billion members worldwide or the hundreds of thousands in the United States who attend private Christian schools, the vast majority of its adherents are neither callous nor corrupted, but instead earnest and faithful, committed to living Jesus’ teachings in an increasingly secular world. And nowhere is this probably more the case than in the rank and file of its sprawling, if not diminishing, Catholic school system.

By the numbers, Catholic schools in America account for a small portion of the overall educational institutions across the country. With an enrollment of just over 1.8 million students spread across 6,352 elementary and high schools, the footprint and reach of the religiously sponsored communities is less than half of what it was at its peak in the 1960s. Even as more parents, concerned with the culture and safety of many public institutions, are pulling their children from its classrooms, Catholic schools have been forced to contract and consolidate.

Even the most hardened secularist couldn’t in good conscience refute the oversized influence and impact of religiously-based education in America. Liberals who chastise people of faith for their rigid adherence to biblical sexuality may be be surprised when reminded that charity and mindfulness of the poor is what largely motivated the beginning of these religious institutions.

The first Catholic school in America was Ursuline Academy in New Orleans. Opened in 1727, it offered classes for female African-American slaves as well as free black women, the first institution to ever do so. Elizabeth Ann Seton, long considered the “patron” of Catholic schools, was also committed to providing quality religious education for people, regardless of their ability to pay.

From Supreme Court justices to physicians, musicians, engineers, athletes, entertainers, writers, artists and politicians of both parties, faith-based education has been shaping culture for centuries and in positive ways too numerable to count.

Some of my finest and most formative moments as a child revolve around my eight years in St. Christopher’s Roman Catholic grade school on Long Island. My childhood was framed by nuns in habits and priests in cassocks and Roman collars, many of them stern but good-natured – all of them committed to seeing us receive an education rooted in an understanding that God, not man, was the center off all things.

It was the late writer C.S. Lewis who once opined, “The task of the modern educator is not to cut down jungles but to irrigate deserts.” Christian education has been so effective because it taps the well of God’s wisdom in a world barren and begging for explanations to questions that man cannot answer.

Paul J. Batura is vice president of communications at Focus on the Family. He can be reached on Twitter @PaulBatura or via email at [email protected]