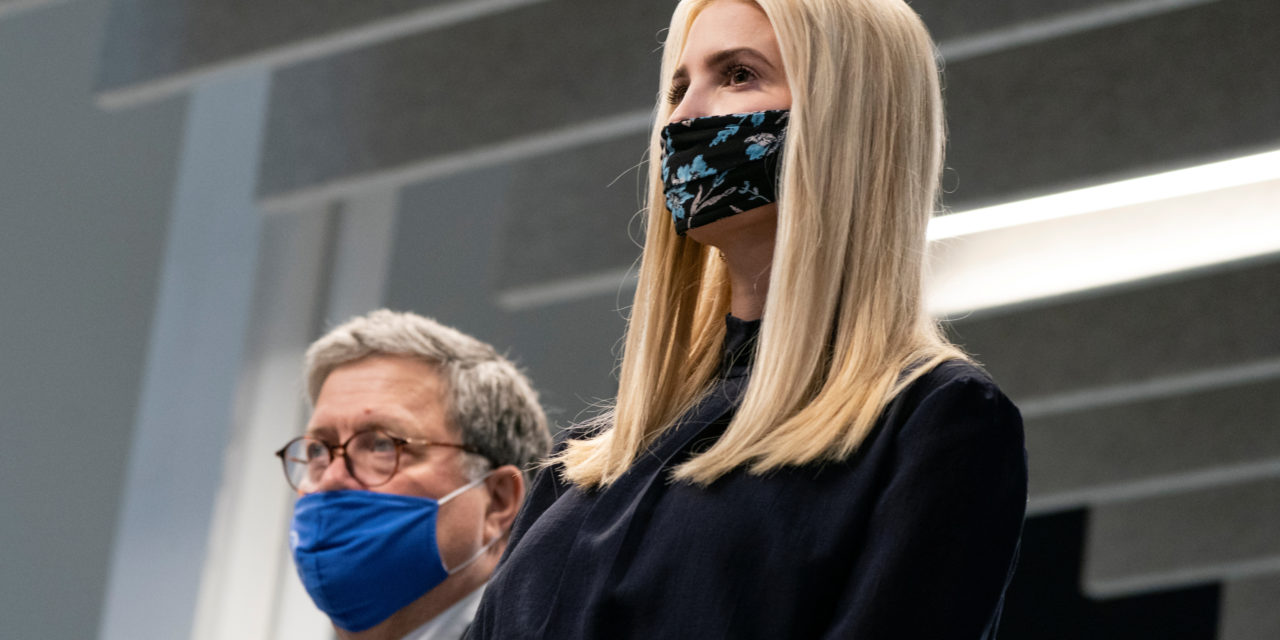 Slavery still exists throughout the world, including in the United States, through human trafficking. From people taken to work on projects in the Middle East to nanny or housekeeping jobs that were fronts to lure women into prostitution, human lives are destroyed every year through this modern-day form of slavery.

In order to help combat this, Senior Advisor Trump and Attorney General Barr recently announced that the U.S. government is providing $100 million in grants to organizations focused on stopping human trafficking and providing housing and services to the victims. This is in addition to the $35 million that was announced in August, which also provides housing, vocational training and counseling.

“This is one of the top enforcement priorities of the department and we’re on the forefront of this fight,” Barr said. “It’s only by cooperating with all our partners, our state and local partners and those in the private sector that we’re going to be able to make any progress and ultimately end the victimization of those boys and girls.”

Announced in Atlanta, Georgia, Governor Brian Kemp and his wife toured the Georgia Center for Child Advocacy with Trump and Barr.

Also in attendance at a roundtable discussion about the announcement were former NFL player Tim Tebow and his wife Demi-Leigh. Tebow and his wife recently expanded the focus of the Tim Tebow Foundation to include human trafficking, due in part to what his father experienced while preaching abroad.

“The reason why we got into this was because eight years ago, my dad was preaching in a remote country, and there were four girls that he was next to that were being sold, and he took out all the money out of his wallet — which was $1,250 — and he bought those four girls,” Tebow shared.

“Then, he called me and said, ‘I just bought four girls and I’m not really sure what to do now.’ And I said, ‘That’s okay, Dad, we’ve got your back.’”

On his GoFundMe page, Tebow said, “I can’t help but feel that we are at a point in history where we cannot stand silently and passively watch as evil rages on. It’s time for Christians around the world to take a stand, to raise our voices and say no more. No more will we allow girls and boys, many of whom are just children, to be bought and sold as if they were just products for someone else’s personal gain. Every person on this earth is created in the image of God – uniquely, beautifully, and perfectly. Their value is priceless, and they are not for sale.”