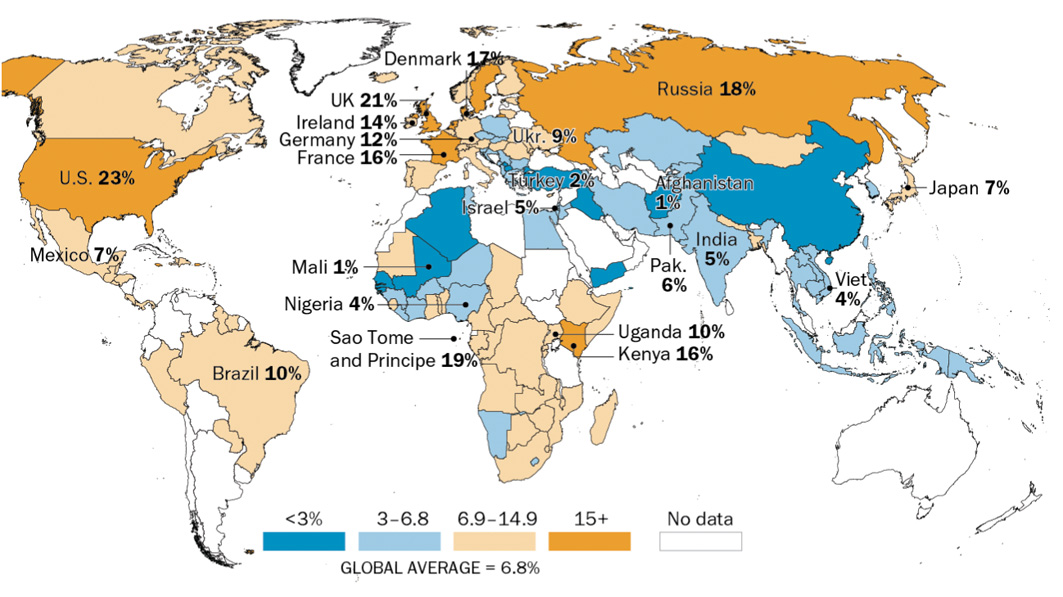 A new study has found that the United States has the highest rate of children living with a single parent in the world. Sometimes it’s great to be number one, but not in this case.

The concerning new study was conducted by the Pew Research Center and surveyed 130 different countries.

According to Pew, “Almost a quarter of U.S. children under the age of 18 live with one parent and no other adults (23%), more than three times the share of children around the world who do so (7%).”

Some of the other countries with the highest rate of children living with a single parent include the U.K. at 21%, Russia with 18%, Denmark at 17% and France and Kenya tied with 16%.

This new study from Pew mirrors a 2018 survey which found that the percentage of U.S. children living with an unmarried parent increased more than twofold since the late 1960s. The percentage spiked from 13% in 1968 to 32% in 2017.

There are several factors that contribute to the United States’ position as the world leader in single-parent households.

As the 2018 study made clear, additional factors in the high rate of single-parent households includes a decline in marriage rates, an increase in cohabitation and rising numbers of children born out of wedlock.

For people of faith, the study revealed another concerning trend. Pew found that when comparing Christian and religiously unaffiliated families, there was little difference in the rate of children living with a single parent.

However, in this poll respondents had to self-identify their religion or lack thereof. Because of this, it’s not clear whether there are differences in the rate of single-parent households between those who are Christian in name only, and those that are convictional Christians committed to living out their faith.

For example, it’s commonly quoted that Christians get divorced at equal rates when compared to the rest of society. Yet, a survey highlighted by Focus on the Family found that, “active conservative Protestants who regularly attend church are 35 percent less likely to divorce compared to those who have no religious affiliation. Nominally attending conservative Protestants are 20 percent more likely to divorce, compared to secular Americans.”

This means that faithfully living out Christian teachings makes a big difference in divorce rates, and it’s quite plausible that such a distinction would impact single-parenthood rates too.

For being the most wealthy and prosperous country in the world, it’s extremely concerning that the U.S. also has the highest rate of children living with a single parent in the world. It is well known, and well founded, that children do best when raised by both a mom and a dad.

Though single parenting is more difficult, Focus on the Family has many helpful resources to help single parents raise their kids well.

Hope for Children of Single Parents

Disciplining as a Single Parent Practical Resources for Teaching Your Kids at Home