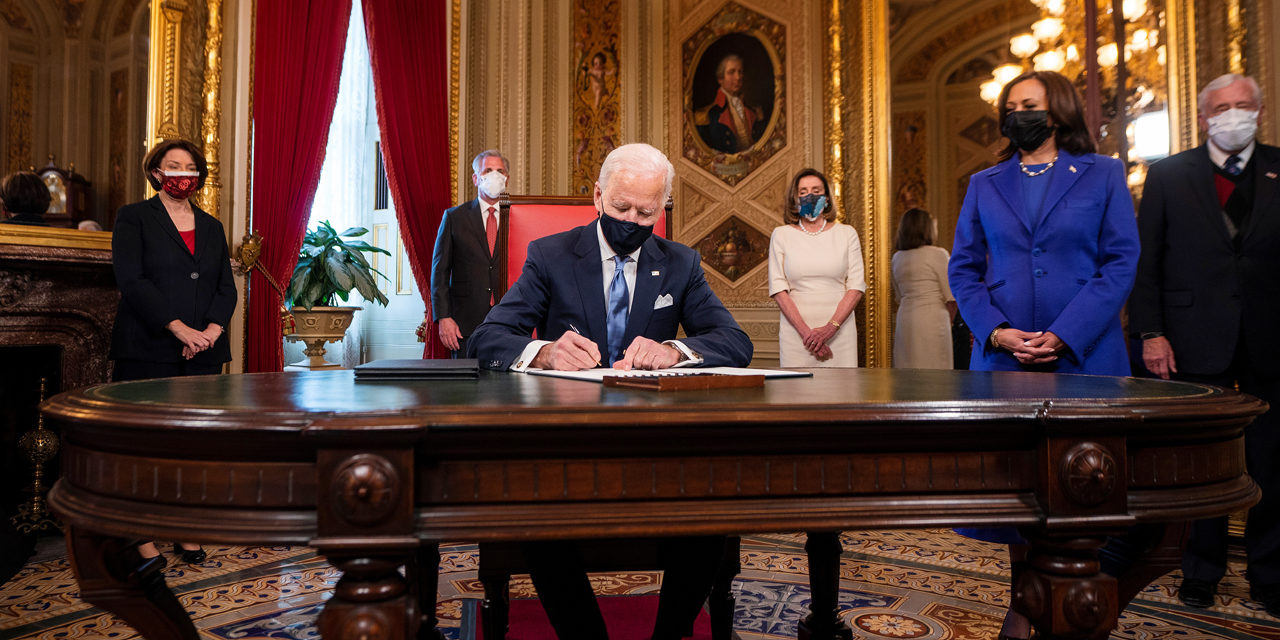 Shortly after President Joe Biden was sworn in as the nation’s 46th president, he and congressional leaders gathered in an interior room inside the Capitol, known as the “President’s Room,” to participate in the first official act of his administration –signing an inauguration proclamation as well as a list of executive nominees he will submit to Congress. A few hours later, at the White House, Biden  signed a number of of executive orders, memoranda, and other documents.

As the head of the executive branch, the president controls policy within the federal agencies that report to him, and he is granted authority under certain federal laws – many having to do with foreign policy – to make decisions as the head of state.

Among the reported executive orders and memoranda the president will be signing:

The Biden administration is also expected to review recently created federal agency rules and may cancel a significant number of them. Such agency actions included guarantees of religious freedom in federal contracting.

Other expected actions from Biden in the upcoming days and weeks include allowing transgendered women (biological men) to compete in women’s sports in secondary schools, rescinding the Mexico City Policy that precludes taxpayer money going overseas to organizations that promote abortion, and attempting to codify Roe v. Wade into federal law.