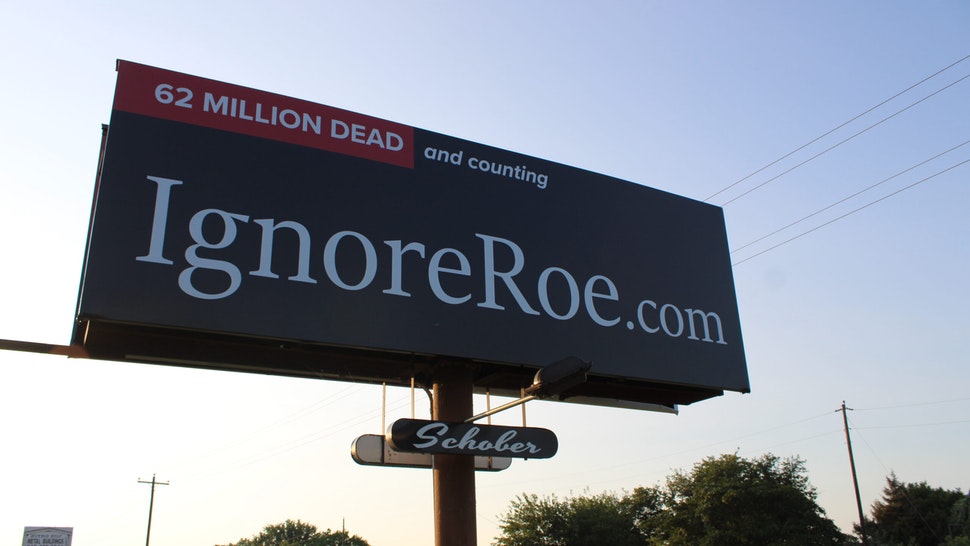 A pro-life billboard has been taken down just one day after being put up. The reason? Death threats.

The billboard was paid for by the group Abolish Abortion Texas and had only one simple message: “62 million dead and counting.” The billboard also provided a link to the group’s website: “IgnoreRoe.com”.

According to a press release from Abolish Abortion Texas, the billboard was located outside of Boyd, Texas. Just one day after it was put up, the landowner received complaints about it, including death threats, thereby forcing the company to remove it.

Pastor Jon Speed, pastor of Missions and Evangelism at First Baptist Church of Briar, coordinated fundraising for the billboard.

“It is a sign of how intolerant Texas has become,” Speed said about its removal. “There are no graphic images on the billboard, not even a strong statement. It’s just a website that seeks to abolish abortion in Texas.”

“The fact that this happened in rural Texas is not only surprising in a self-professed pro-life state, it indicates how weak that commitment is,” he added.

In a brief video taken just feet from the billboard, Speed explained, “In the state of Texas, just this last legislative session, the legislature passed a bill and the governor signed it into law, that said if the Supreme Court will overturn Roe, that Texas likewise will end abortion in the state.”

But Speed warned, “The conservative nature of Texas is really an illusion when you can have people that call in and make those kinds of complaints and have a billboard taken down.”

Pope John Paul II wrote in Evangelium Vitae (translated The Gospel of Life), “We are facing an enormous and dramatic clash between good and evil, death and life, the ‘culture of death’ and the ‘culture of life.’”

Indeed, even though death threats are abominable, should we really be surprised when those who support the deaths of preborn babies are motivated to threaten death in other ways? Should we be shocked by this “culture of death”?

We as Christians are called to continue to work to establish a “culture of life.” That’s why Focus on the Family will host See Life 2021 on August 28th in Dallas, Texas. It will feature inspiring worship and amazing pro-life stories. Learn more about the event here. Join Focus on the Family for an Exciting Pro-Life Celebration: See Life 2021