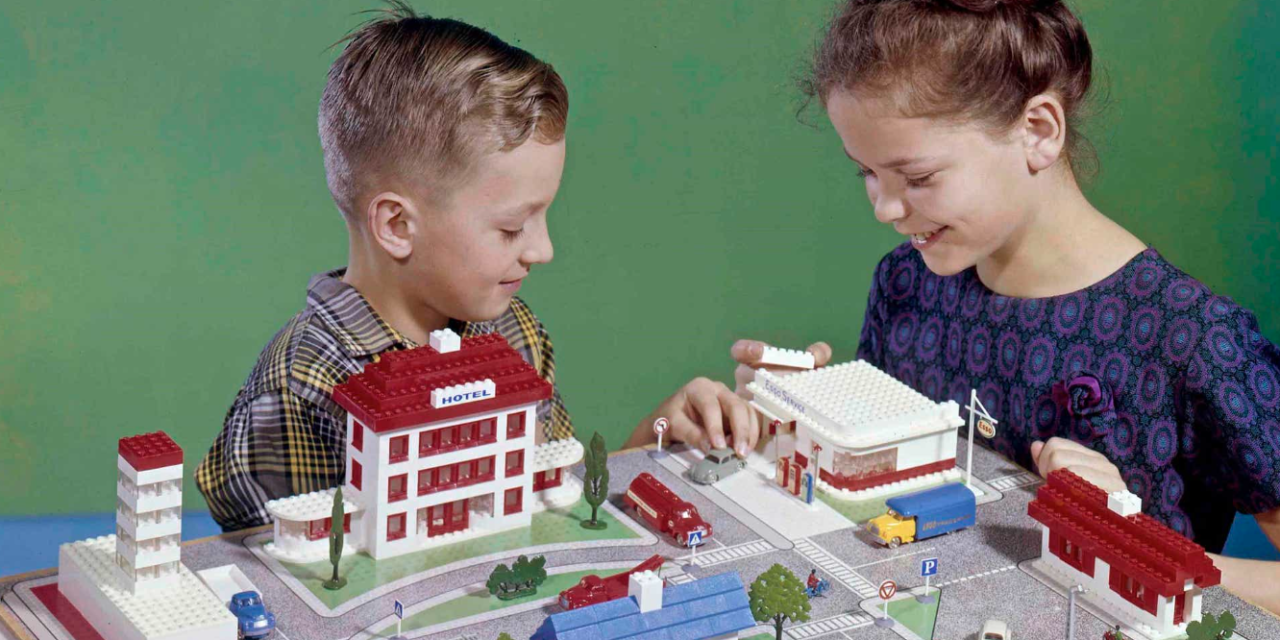 This week’s Wall Street Journal featured a story on “10 Fascinating Facts About Lego” – the world’s largest toy manufacturer. They celebrated their 90th anniversary this past August 10th.

Incidentally, number three on the Journal’s list was an interesting factoid that the company, best known for little plastic bricks, is the world’s largest tire manufacturer, albeit those of a mini variety. The Danish company produces over 700 million of them a year.

Beloved and ubiquitous, Legos are seemingly everywhere, with over 400 billion of the multi-colored bricks threatening bare feet around the world.  Dating back to 1932 and the workshop of Ole Kirk Christiansen, the company started by making wooden toys, step ladders and ironing boards. Though valued at over $9 billion today, Lego, which derives from the Danish word “leg godt” – meaning to “play well” – endured a rollercoaster beginning.

Soon after he started selling finely made wooden toys, Ole Kirk lost his wife, Kristine. Widowed with four sons, he struggled along for years. A factory fire in 1942 wiped out everything, including his blueprints and stock. He rebuilt – and was thrilled when he learned of a newly invented plastic molding machine. He then replicated some plastic bricks he had received – and the product we know today was born. Production of the modern-day plastic bricks began in 1949.

Ironically, the word “Lego” means “I put together” or “I assemble” in Latin.

To what did Ole Kirk Christiansen credit his resilience and success?

The founder of Lego was a devout Christian. Members of the Church Association for the Inner Mission (conservative Lutherans), the Christiansens lived out their faith in many visible ways. As head of the factory, Ole Kirk prayed daily with his workers. He taught Sunday school, and was active with the YMCA and YWCA. He and his family also funded the building of a church.

Ole Kirk’s son Gotfred, who succeeded him as head of the company, once reflected:

“I am convinced that Father’s faith in God, which was evident in everything he did, helped carry him through his grief and the difficulties that followed. His faith made him [an] active man. It gave him the courage and solace that enabled him to take on new responsibilities—and the strength to see a job through despite hardship.”

Today’s Lego empire is still family owned by Kjeld Kirk Kristiansen, a grandchild of the founder. Like many organizations that begin with a more public religious fervor, the current company hasn’t retained its original Christian visibility. Back in the late 1950s and early 1960s, Lego sold a 149-piece church set. They also sold glow-in-the dark crosses. Though not available for purchase, the company created a series of Lego cathedrals modeled after historic structures throughout Europe, which they put on display at company headquarters.

Lego invites users and fans to submit new design ideas for products, and provides guidelines online to help shape submissions. The list includes all the usual hot-button no-no’s, including prohibitions on designs involving sex, nudity, drugs, alcohol, racism and political campaigns, to name a few. But you know what’s number two on the list, between politics and sex?

It’s understandable in an increasingly pluralistic and secular culture that fewer customers might be interested in purchasing and building a Lego version of Westminster Abbey or Saint Patrick’s Cathedral, but lumping the sacred in with the profane demonstrates just how far we’ve fallen.

In the end, the best and ultimate way to “leg godt,” or “play well,” is to highlight and celebrate the very best institutions of culture, especially the church.