The Mysterious Staircase and the Carpenter Named Joseph 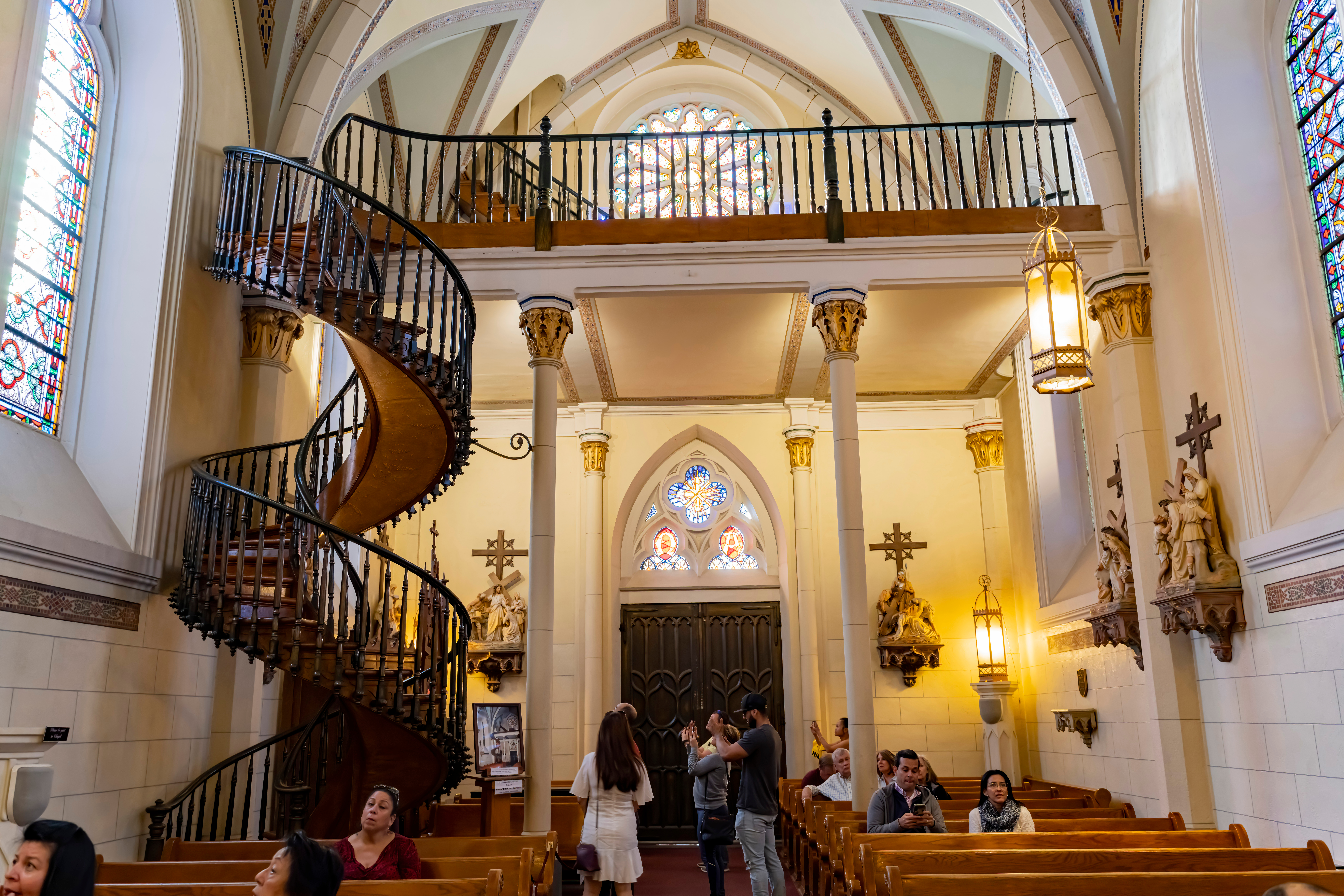 Legends can be both fascinating and fun, especially when they point to a greater truth – and even better when they take place at Christmas.

Construction on the Gothic Revival Chapel in Santa Fe, New Mexico began in 1873. It was commissioned by the Sisters of Loretto, a Catholic sect dating back to 1812 and the Kentucky frontier. The chapel was made for an adjacent girl’s school.

Although built with sandstone, the chapel still stands today. Complete with stained glass windows imported from France and other charming architectural flourishes throughout, it’s a remarkable structure.

But what sets the otherwise simple chapel apart from other buildings of its type is a 20-foot spiral wooden staircase made of spruce wood.

To this day, nobody knows for sure who built it – or how.

As the story goes, the architect from Paris who drew up plans for the chapel failed to leave room for stairs from the ground floor to the choir loft. There was a long and great struggle to find a way to build stairs without ruining the aesthetics of the chapel.

But one day, a ragged and rugged bearded carpenter named Jose showed up and offered to build it. The nun in charge was leaving town and declined his help. But she left and he stayed – and plowed ahead with the work nonetheless. All he had was a hammer and T-square. He requested buckets of warm water and insisted on working alone. He would show up each day with a load of spruce wood.

Only spruce wood was not indigenous to the area and was nowhere to be found at the time of the construction. But he kept building and wound up finishing the job the day before the woman in charge returned. He accepted no pay, and quickly disappeared.

The staircase was and remains magnificent. There is no support beam. No nails, but there are wooden pegs. And just 33 spiraling steps from the floor to the choir loft.

It all sounds so fanciful, doesn’t it? A bearded carpenter building a mysterious staircase with 33 steps – one for each year of Jesus’ life – and finishing it right before Christmas?

“Jose” is the Spanish name for Joseph, incidentally.

Scripture suggests we’ve shown hospitality to “angels without realizing it” (Hebrews 13:2) – an intriguing statement that opens the door to all types of wondrous possibilities.

Was this carpenter an angel? It’s impossible to know, nor does it really matter. As Christians, we believe without seeing, and we need not rely on these types of intrigue to justify or even strengthen our faith.

But Christmas is a time when we’re reminded God doesn’t always conform and isn’t always held to the same limitations we are. He can do what He wants, when He wants – and how He wants it done.