Yes, God’s Will Ought to be a Concern of Congress 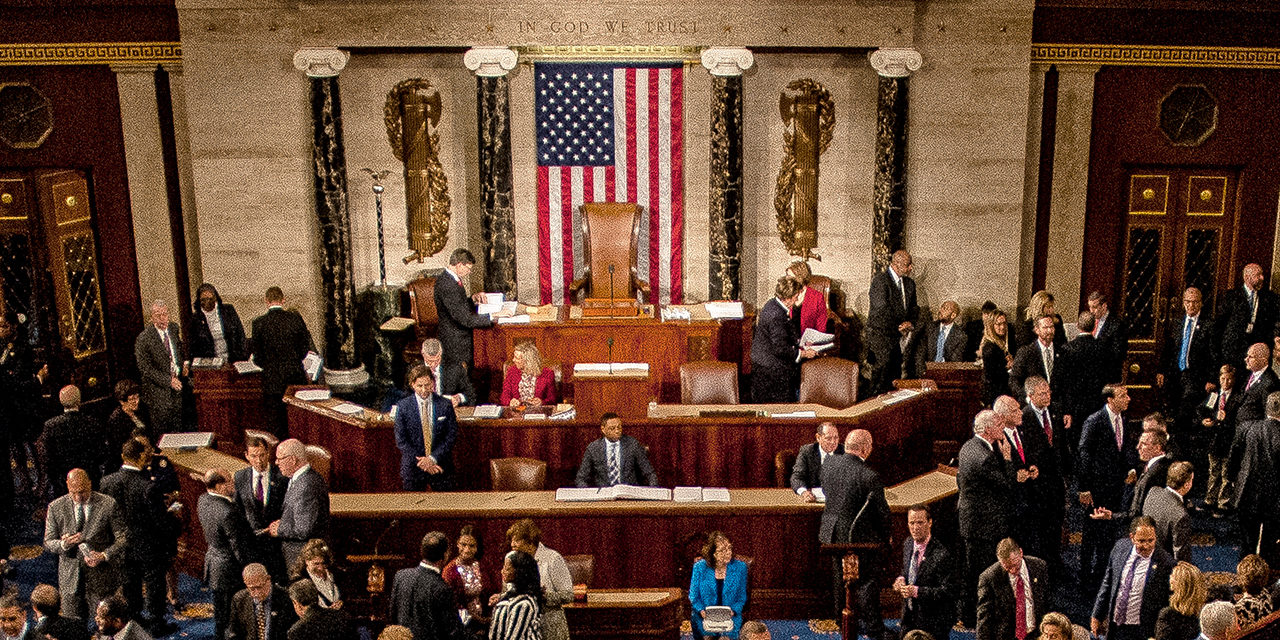 Here at Focus on the Family, we base all we do on God’s holy Word, and we believe deeply in the godly foundations of our government.  We also stand steadfastly for the biblical principle that God created them male and female. With those two principles in mind, we were surprised at an exchange on the floor of the U. S. House of Representatives earlier this week.

A very unusual moment occurred recently during the floor debate in the U.S. House of Representatives over H.R. 5, the Equality Act. The bill, ultimately passed in the House by a vote of 224-206. If agreed to by the U. S. Senate and signed by the president, this bill would add sexual orientation, gender identity and abortion to the 1964 Civil Rights Act.

Rep. Greg Steube, R-Fla., gave an impassioned speech on the issue of gender identity, reading a passage from Deuteronomy 22:5 about men wearing women’s clothing, and then commented:

“It’s not clothing or personal style that offends God, but rather the use of one’s appearance to act out or take on a sexual identity different from the one biologically assigned by God,” Steube said. He then quoted pastor and author Tony Evans: “The gender confusion that exists in our culture today is a clear rejection of God’s good design. Whenever a nation’s laws no longer reflect the standards of God, that nation is in rebellion against him and will inevitably bear the consequences.

Steube then went on to explain the unfairness to women the Equality Act would create by mandating that biological men identifying as women be able to compete in women’s sports.

As Christians we seek to minister to the hurting, including those who are confused by their very gender, the most basic science, biology, with which one is faced. So, while we agree with the Scriptural principles expressed above, we also feel the pain of those affected by gender confusion.

When Steube finished, Rep. Jerry Nadler, D-N.Y., who was the floor manager for the Democrats during that particular debate, stood up and addressed Steube directly from the podium.

“Mr. Steube, what any religious tradition describes as God’s will is no concern of this Congress,” Nadler said.

We find Rep. Nadler’s claim to be an odd one considering that on the wall behind the Speaker’s platform are inscribed the words, “One Nation Under God.” Could it be that God’s will is of no concern to Congress? Was Steube out of line for invoking scripture, especially when scripture is invoked often by members of Congress on both sides of the aisle in defense of policy arguments? I’ve never heard anyone gaveled down for mentioning God or quoting scripture on the House or Senate floor.

We all know our history, including the mentions of God in the Declaration of Independence, and the innumerable references to God or Providence from men like George Washington, John Adams and the author of the Declaration himself, Thomas Jefferson.

Washington said, “It is impossible to rightly govern a nation without God and the Bible.”

Adams is best known for this quote: “Our Constitution was made only for a moral and religious people. It is wholly inadequate to the government of any other.”

Jefferson, who penned the phrase “the wall of separation between church and state” in an 1803 letter to the Danbury, Connecticut Baptists, can be a tough nut to crack concerning his beliefs about Christianity and government. Yet the following words are attributed to him, and inscribed on the wall of the Jefferson Memorial:

“Can the liberties of a Nation be secure when we have removed a conviction that these liberties are the gift of God? Indeed I tremble for my country when I reflect that God is just and that his justice cannot sleep forever.”

Contrary to Rep. Nadler’s assertion, God’s will for the nation is a perfectly acceptable, even desirable end to strive for when debating policy. However, when arguing for or against certain bills or resolutions based on “God’s will,” a certain amount of humility is necessary.

As Rep. Al Green, D-Texas, noted after Steube’s speech, slavery and discrimination against African Americans were once falsely justified by those claiming to be speaking for God. He’s got a point.

But that doesn’t mean that Christians in Congress cannot invoke scriptural principles affecting issues of life, marriage and sexuality. In a country founded on Judeo-Christian principles, it would be foolish to think otherwise.

Let me leave you with the words of our 44th president, Barack Obama:

“But what I am suggesting is this – secularists are wrong when they ask believers to leave their religion at the door before entering into the public square. Frederick Douglas, Abraham Lincoln, Williams Jennings Bryant, Dorothy Day, Dr. Martin Luther King, Jr. – indeed, the majority of great reformers in American history – were not only motivated by faith, but repeatedly used religious language to argue for their cause. So to say that men and women should not inject their ‘personal morality’ into public policy debates is a practical absurdity. Our law is by definition a codification of morality, much of it grounded in the Judeo-Christian tradition.”