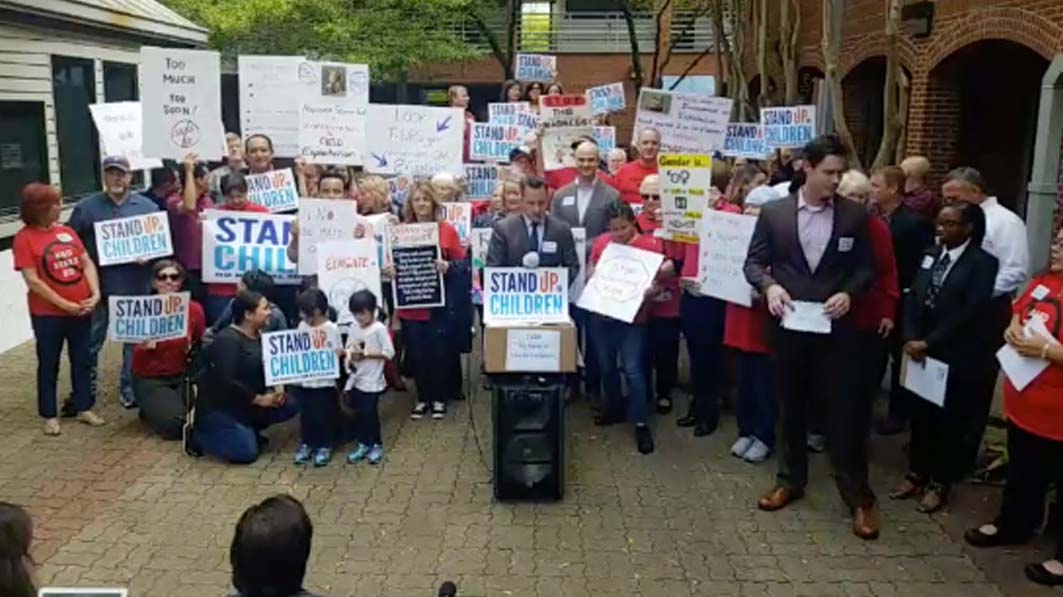 Despite opposition from parents and concerned citizens, the Austin Independent School District (AISD) approved new sexuality education curriculum for 3rd through 8th graders. According to Texas Values, a Focus-affiliated Family Policy Council, the curriculum endorses an ideology that conflicts with traditional views on sexuality, marriage, family and biological reality.

Over 100 people testified before the school board, with most opposing the curriculum choice. The final vote in favor came after midnight. David Walls, Texas Values Vice President, spoke out against the curriculum, saying it “promotes a radical ideology that is in opposition to the values most Austin parents and families hold. Walls, who has children in AISD schools, continued, “There is a resounding concern that this radical, hyper-sexualized sex education is going to be problematic for the future generations of kids in this city.”

In a presentation about the new lessons, Texas Values showed that teachers are encouraged to use “gender inclusive language.” The teacher guidelines explain, “It is important to avoid terms which refer only to “male” and “female” identities when speaking with young children as this can limit their understanding into binaries and exclude children who may not identify within these identities.”

The AISD website describes its Human Sexuality and Responsibility standards this way, “The health curriculum content shall be delivered in a developmentally and age-appropriate manner and shall include the most current and scientifically accurate information.” Yet the school board chose a curriculum that denies the reality of human sexual dimorphism – that is, people come in two types, male or female. Instead, AISD wants to inculcate children into a false gender ideology that says your “gender” is whatever you believe it is. So much for scientific accuracy.

Texas Values noted many other problems with the curriculum, such as:

Texas Values held a press conference opposing the sex ed curriculum which was disrupted by activists. Educators, policy experts, concerned parents, and pastors from the Austin area were harassed and shouted at by opponents with loud music, kazoos, megaphones and chants. One transgender-identified agitator, a man dressed as a woman, was arrested and charged with trespassing.

Equipping Parents to Respond to Gender-Confusing Messages in Schools