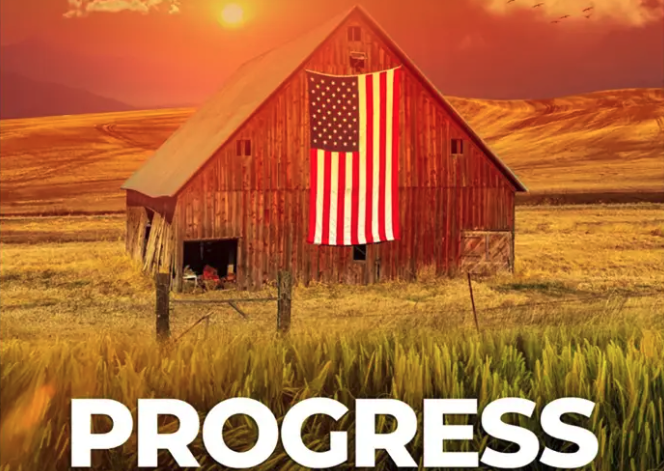 The overtly political song touches on several current hot button political issues, from the crisis in Afghanistan to the Build Back Better bill.

“There’s a hole in this country where its heart used to be, And Old Glory’s divided, on fire in the street … They say Building Back Better will make America great … If that’s a wave of the future, all I’ve got to say,” reads the first verse.

“They invite the whole world to come live in our land … And leave our countrymen dying in Afghanistan … They say let go of Jesus and let government save … You can have back your freedoms if you do what we say.”

As Just The News reports, Rich decided that it would by hypocritical for him to write and release the overtly conservative song, while at the same time using the traditional liberal “machine” to release his song.

“When I’m talking about them shutting down our voices, I’m talking about Twitter and YouTube and Facebook. And I thought, you know what, I’m gonna reach out to Truth Social and reach out to Rumble because they still allow free speech over there. Why would I launch this song on the platforms that I’m railing against in the lyrics?” Rich said.

Rich released his song on Truth Social and Rumble, and within six hours, the song had topped the charts and become the Number One most downloaded song on iTunes.

Following the song’s great success, Rich took to Twitter to thank his fans.

FRIENDS! One week ago today I released my song #PROGRESS on Truth Social and Rumble…within 6 hours it was the #1 most downloaded song across all genres on Itunes. It REMAINS at #1 today thanks to all of the massive support from you all! I'm humbled by your support. #ThankYou pic.twitter.com/IOWsy2uKF2

“Here I am with no record label, no publisher, no marketing deal,” Rich added. “I just got a song that speaks to a lot of people, and Truth and Rumble pushed it out there. And man, I’m really proud of what we did today.”