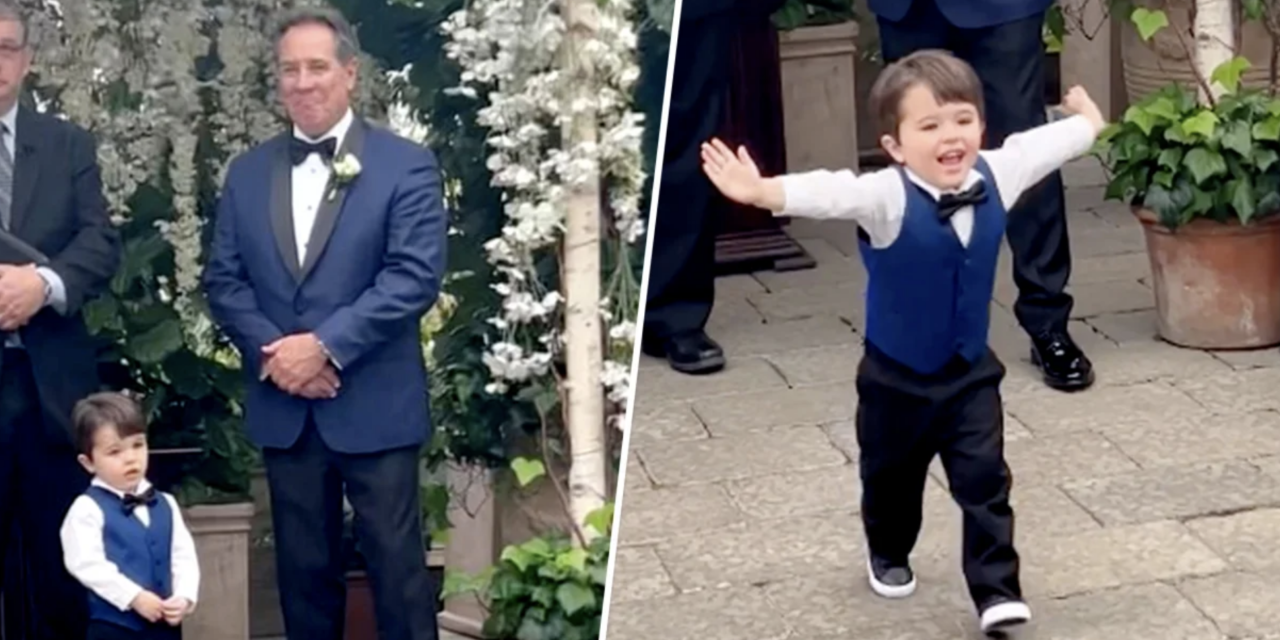 Proverbs 14:23 says, “In all toil there is profit, but mere talk tends only to poverty.” Proverbs 6:10-11 adds, “A little sleep, a little slumber, a little folding of the hands to rest, and poverty will come upon you like a robber, and want like an armed man.”

Our mass media feeds us many stories about class warfare and the unequal distribution of wealth. But can young people and those with limited means really stay out of poverty today? Our first story reports on new research that gives us a resounding answer.

A new research report released today – a joint project of the American Enterprise Institute and the Institute for Family Studies – demonstrates definitively that the color of your skin does not have to result in a life of poverty in America today.

What if there was a relatively simple secret formula that put anyone’s chances of not living in poverty in the solid 90 percentile without needing a high paying job or college education? It’s called the “Success Sequence” and it nearly guarantees protection from poverty regardless of one’s socio-economic status, family, or racial background. Simply put, the Success Sequence requires three basic steps:

This new report demonstrates how powerful the Success Sequence is for minority young adults seeking to establish productive lives.

2. Only the Cross of Christ Makes the Horrific Texas School Shooting Bearable

Christianity uniquely offers a resounding reply to the problem of evil. After all, the cross is at the center of the Christian story, where God the Father lost His Son in a tragic death.

Indeed, one of the greatest truths of Christianity is that God Himself came to suffer and die to redeem and restore humanity.

God didn’t leave us to suffer on our own.

We trust in a God who willingly enters the human experience. He voluntarily came to us and chose to suffer with and for us.

Our God is not one who is far off. He is not distant. He is not uncaring or unloving.

Rather, our God has chosen to come so close to us, that he became one of us in the person of Jesus Christ. He experienced our joys. But also our pain, our sorrow and our suffering.

More than 1,000 people from this grieving city leaned into their faith Wednesday evening as they gathered to listen to pastors offer messages of strength and salvation just 30 hours after a man shot and killed 19 children and two teachers in a local elementary school.

“God is here with us tonight,” Pastor Tony Gruben, of Baptist Temple Church, told the people gathered at the Uvalde County Fairplex. “God still loves you and God still loves those little children.”

The Walt Disney Co.’s brand didn’t quite go from hero to zero last year, but consumers evidently became less enchanted with the entertainment giant as it tangled over politics with Florida Gov. Ron DeSantis.

The 2022 Axios Harris Poll 100 released Tuesday found that Disney ranked 65 on the list of the “most visible brands in America,” plummeting 28 spots from the 2021 list.

“Disney’s about-face shows the reputational hit that comes when the public perceives you as being calculating rather than clear in what you believe in and stand for,” said Harris Poll CEO John Gerzema.

The General Assembly of the Church of Scotland voted Monday to allow ministers and deacons to marry same-sex couples.

By a vote of 274 to 136, ministers and deacons in the reformed Calvinist denomination can now apply to become authorized celebrants to conduct same-sex ceremonies.

According to a statement released by the Church of Scotland, “no person [will] be required to participate in or be involved in the arrangements for the same-sex marriage unless they explicitly wished to do so.”

“There has been a lengthy, prayerful and in-depth discussion and debate about this topic for many years at all levels of the Church to find a solution that respects diversity and values the beliefs of all,” General Assembly Moderator the Rev. Iain Greenshields said in a statement.

5. No, Overturning Roe Would Not Establish Theocracy

Since the leaking of Justice Samuel Alito’s draft opinion overturning Roe v. Wade, activists, opinion journalists, and even famous authors have been shrieking that theocracy is waiting in the wings. Critics of the draft opinion allege that pro-life Americans oppose abortion purely for religious reasons, and that overturning Roe would thus establish religion. Protestors dressed in ominous Handmaid’s Tale-inspired outfits are marching outside the homes of Supreme Court justices. Various voices scaremonger that overturning Roe will lead to bans on interracial marriage and contraception—Joe Biden even stated it would lead to the segregation of LGBT-identifying students in schools.

All of this is nonsense. Pro-choice activists want to talk about these other issues, however, because they know their position on abortion is indefensible. That’s because the pro-life cause is built upon natural and moral realities: scientific facts about when new human life begins and sound philosophy about the profound dignity and worth of every member of the human family.

Yes, many religious traditions witness to these same truths. And if secularists can’t accept these realities, so much the worse for secularism. But laws banning fetal homicide are no more and no less an establishment of religion than laws banning adult homicide. Laws protecting people from the violence of abortion are no more and no less the imposition of morality than laws protecting people from other forms of violent assault.

Top officials at the Food and Drug Administration admitted they took too long to respond to a baby formula shortage and were hobbled by bad decisions and COVID-related problems, including a whistleblower report about a formula factory that was lost in the mail.

Top FDA officials and company executives from the nation’s three baby formula manufacturers answered questions Thursday from House lawmakers about a massive shortage triggered by the closure of one of the nation’s largest production plants and exacerbated by a slow government response.

FDA Commissioner Robert M. Califf told lawmakers that government regulators made mistakes along the way that led to the prolonged production problems that continue to leave baby-formula shelves empty.

From The Gospel Coalition:

I had no idea what was about to hit me when I graduated college. I grew up in a community where my friends’ grandparents went to school with my grandparents, and their parents went to school with my parents. Everyone seemed to know me before I was born. Then I moved to college, which was its own small town where everything could be reached through a short walk or bike ride. We shared bathrooms and every meal together. Naturally, I made fast and deep friends.

I didn’t know that’s rare. Until I moved to the suburbs. All of a sudden, I went to church with people who drove 30 minutes each way. I worked with some people who commuted two hours per day. My wife and I struggled to forge deep friendships outside work hours. We needed help. We needed a book like Find Your People: Building Deep Community in a Lonely World by best-selling author Jennie Allen. Here’s how she describes our problem today:

We spend our evenings and weekends tucked into our little residences with our little family or our roommates or alone, staring at our little screens. We make dinner for just us and never want to trouble our neighbors for anything. We fill a small, little crevice called home with everything we could possibly need, we keep our doors locked tight, and we feel all safe and sound. But we’ve completely cut ourselves off from people outside our little self-protective world. We may feel comfortable and safe and independent and entertained. But also we feel completely sad.

How, then, can we find joy through deep community? As Christians we commend faith in Jesus above all. You can have great friends and still go to hell. But community is still important for everyone, certainly for believers. Next to Christ, Jennie writes, “relationships are the greatest gifts we have on earth and simultaneously the most difficult part of being alive.” When those relationships revolve around God, we enjoy a fulfilled life. And from that abundance, we bless others. When those relationships don’t revolve around God, we’re apt to idolize them. The pressure sometimes even kills those friendships, as our friends inevitably fail us. And we fail them.

From The Washington Examiner:

The results of Pennsylvania’s closely watched and razor-thin Republican Senate primary will go to a recount, according to a Wednesday announcement from the state’s top election official. The recount will likely delay calling the winner into June.

Pennsylvania’s acting secretary of state, Leigh Chapman, said in a statement that the results between the top two contenders, television personality Dr. Mehmet Oz and businessman Dave McCormick, are within the margin to prompt a mandatory recount under state law.

Current totals show Oz, who was endorsed by former President Donald Trump, leading McCormick by less than 1,000 votes, out of more than 1.3 million votes cast in the seven-person GOP primary, or about 0.1 percentage points. Pennsylvania conducts mandatory recounts when the top two candidates are separated by 0.5 percentage points or less unless the candidates waive that right.

9. 2 in 3 adults avoid social events — because they’re embarrassed about their financial struggles

Two-thirds of Americans are trying to keep their financial struggles a secret. A recent survey of 2,000 U.S. adults found that 66 percent have avoided social events because they’ve felt embarrassed or uncomfortable about their financial situation.

Conducted by OnePoll on behalf of Beyond Finance for Mental Health Awareness Month, the survey also found that 67 percent engage in “stress shopping” when feeling financially overwhelmed and end up buying things they don’t need.

People tend to buy more collectibles they don’t really like (51%), fast food (51%), expensive clothing and accessories (50%), and even duplicates of items they already own (48%). Three in five (61%) feel like they’re not earning enough money to live their life to the fullest. Those with annual household incomes under $30,000 were the most likely to say so (78%), as well as Northeasterners compared to respondents from other regions (75%).

10. Watch the sweet moment when this 2-year-old boy sees his mom as a bride

When Kristie Mihelich was planning her dream wedding, she never could have imagined that her son would end up being the star of the event.

Mihelich, 40, and her husband, Bobby, tied the knot in West Bloomfield, Michigan on April 22 after delaying their nuptials because of the coronavirus pandemic. The couple met as business partners, then fell in love.

When the wedding ceremony kicked off, 2-year-old Pierson joined his dad at the altar and “Canon in D” began playing as the crowd anticipated the first peek of the bride.

As the doors opened, the groom wiped a tear and little Pierson stood in awe.

Then the proud little boy became unable to contain his excitement.

“Hey mom!” Pierson yelled with his arms outstretched, waving, before running toward her, as guests laughed and cheered.