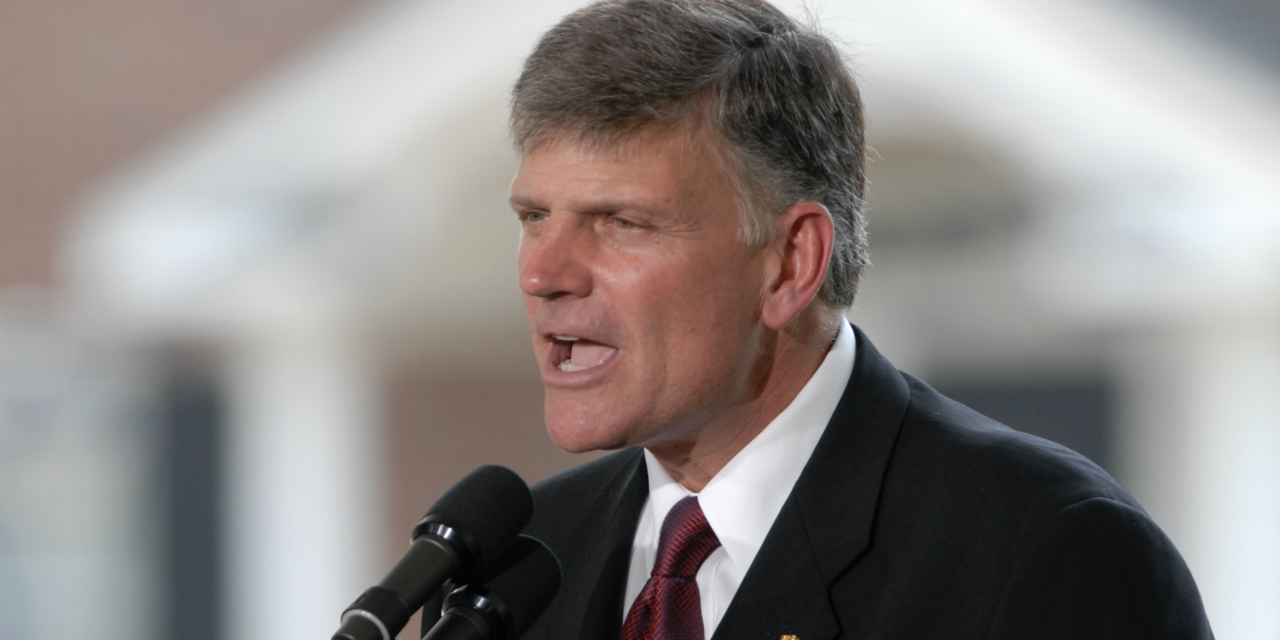 When Rev. Billy Graham visited the people of Scotland in 1955, he was warmly welcomed and preached the gospel in crusades across that country for six weeks, resulting in over 50,000 recorded decisions for Christ.

Times have changed, however.

In 2019, Billy Graham’s son, Franklin, who now heads up the Billy Graham Evangelistic Association (BGEA) begun by his father, scheduled an outreach at the Glasgow Scottish Events Center’s (SEC) Hydro Arena for May 2020 in cooperation with a local church. A few months before the event, Graham and the BGEA were notified that the event had been cancelled.

Why? Although reportedly attributed to “security concerns,” the Glasgow City Council had expressed fears that Graham’s message would offend homosexual-identified citizens as well as Muslims. “Recent adverse publicity” was also cited by the events staff of the SEC.

The BGEA sued Glasgow and the SEC, and this week a Scottish judge ruled in BGEA’s favor, citing the United Kingdom’s Equality Act.

Sheriff John McCormack of the Glasgow Sheriff Court issued a decision in favor of Graham’s freedom of speech and religion that would have made any American supporter of our own First Amendment nod in in approval:

“The law cannot endorse an outcome whereby a mainstream Christian religious gathering cannot be held because some members of the community, however vehemently, disagree with religiously based beliefs to which they take objection,” Judge McCormack wrote.

“Such objectors in a democratic society undoubtedly have a right to freedom of expression and of assembly to protest against other’s religious views. What they do not have is a right to silence them or to stop religious assemblies from being held and from making welcome all who would come and hear the Good News preached by Franklin Graham at the Glasgow SSE Hydro Event,” the judge added.

In the U.S., we would identify the attempt to silence free speech in that instance as a “heckler’s veto.” But, instead of cancelling free speech because of concerns over someone’s objections, the government has a duty to ensure that the speech is protected. The UK Sheriff used much the same reasoning in his decision.

Sheriff McCormack awarded the BGEA damages in the amount of $109,927, plus expenses to be determined in a subsequent proceeding.

In a press release, Franklin Graham said, “I am grateful to God for this decision—it is a clear victory for freedom of speech and religion in the UK. This case was never about financial remedies—it was about the preservation of religious freedom in the UK—particularly the right for Christians to share the Gospel in the public square.

“I want to thank Sheriff John McCormick for upholding the law and affirming that Christians must be treated fairly and equally. This ruling will be a great encouragement for Christians and people of all faiths across the UK and many other parts of the world.”

Glasgow was not the only venue that cancelled events scheduled by Graham and the BGEA, prompting legal action. To date, five venues have settled with Graham – including one in Stirling, Scotland – and two other lawsuits remain pending. The legal problems did not prevent Graham and the BGEA from spreading the gospel in the UK this year, however.

According to the BGEA, the rescheduled God Loves You Tour with Franklin Graham took place in May and July 2022, which included stops in Liverpool, South Wales, Sheffield, and London. Christians from more than 2,000 churches across the UK partnered with the tour, and nearly 20,000 people attended the events across all four cities.