Parents have been justifiably upset with school boards across the country imposing radical sexual education, gender identity, critical race theory, COVID-19 school closures and other policies on students contrary to how those parents want their children to be educated.

But let’s not forget about the students themselves who bear the brunt of those policies. Some of them want to see their schools run differently. One of those is 19-year-old Nicholas Seppy, a 2020 graduate of Egg Harbor Township High School in New Jersey.

Disappointed with seeing his school closed because of COVID-19 and finishing his senior year via remote learning, Seppy decided to do something about the school board whose policies he disagreed with. He ran against incumbent board member Terre Alabarda, and won with 4,042 votes to Alabarda’s 2,830!

What possessed Seppy to think he could run, and win?

The shutdowns were “awful” according to the 19-year-old, who gave a statement to The College Fix recently. As the former student representative on the school board for the 2019-20 school year, Seppy is no stranger to how the board operates. He said he was motivated to run “out of a desire to serve in his community” and to “give parents a voice in the district.”

Seppy’s Instagram account is filled with campaign photos – beginning back in August 2020 – of him knocking on doors and trying to advance his candidacy. He is obviously a serious young man who wants to make a positive contribution to his community.

“I am overjoyed to announce that I have won a seat on the EHT Board of Education!!

“My passion for the community of Egg Harbor Township is entirely everlasting, I aspire to set a positive example for our district. EHT shall have an excellent reputation, in both our standard of education and our efficient process of our budget. I would like to thank all who have supported me over these past two years, without you none of this would have ever been possible. I would also like to thank my opponent, Ms. Terre Alabarda, for running a strong and fair election.

“To all of Egg Harbor Township, I love you and will do my absolute best to represent you for many years to come!!”

The point of this story is not to draw attention to school closings during the pandemic. Rather, it is to point out that young people like Mr. Seppy don’t have to wait until they are “grown up” in order to effect change in their communities. With a heart to serve, there is no age restriction on people who want to make a difference.

Congratulations, Nicholas Seppy. Not just for your political victory, but for becoming an example to the rest of us of how far good citizenship and a servant’s heart can take you. 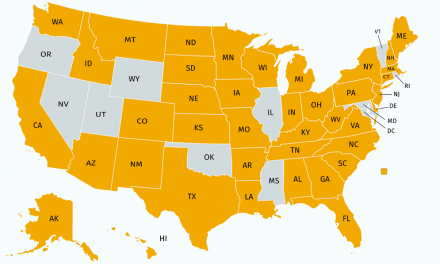