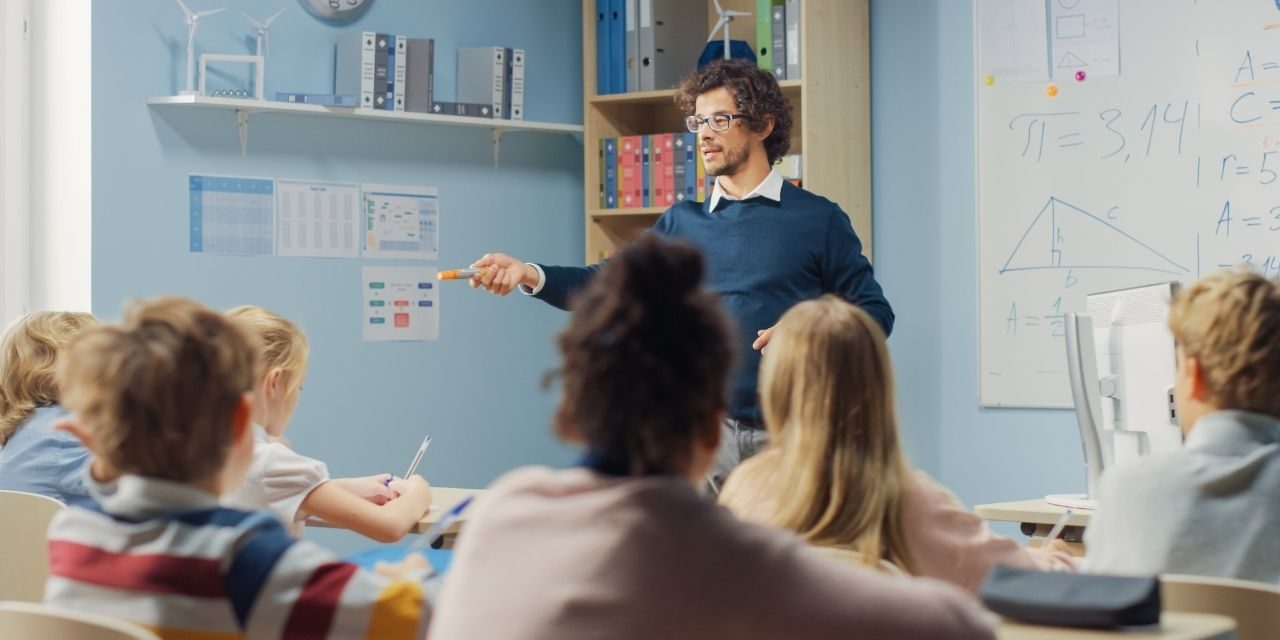 The Oregon Department of Education (ODE) recently sent out its monthly “Math Educator Update,” with suggested resources, seminars and information about the state’s math standards.

The newsletter asked if math teachers were “looking for a deeper dive into equity work” and pointed to an online learning opportunity, “Pathway to Math Equity Micro-Course 2.0: Valuing and elevating student discourse in the math classroom.” The class was described as an “online micro-course to dismantle racism in mathematics instruction.”

ODE’s email also directed teachers toward a toolkit related to the course, “A Pathway to Equitable Math Instruction.” The resource includes five free downloadable guidebooks, called “strides,” for math instructors to learn from and then to incorporate equity into their teaching. The strides move from “dismantling racism” to “creating conditions to thrive” to “sustaining equitable practice.”

According to the website, “The Pathway offers guidance and resources for educators to use now as they plan their curriculum, while also offering opportunities for ongoing self-reflection as they seek to develop an anti-racist math practice.”

Stride 1 is titled: “Dismantling Racism in Mathematics Instruction,” and it provides “exercises for educators to reflect on their own biases to transform their instructional practice.”

Before the school year even begins, teachers are instructed, “White supremacy culture shows up in math classrooms when… Expectations are not met.” Individual teachers should think through and reframe their expectations for students and parents. Middle school math departments should “identify expectations both within and across classrooms, and interrogate them for ways in which they uphold white supremacy culture and other dominant ways of being. (Re)align them with antiracist, social justice, transformative justice, and restorative justice practices.”

In September, math teachers learn, “White supremacy culture shows up in math classrooms when… Students are tracked (into courses/pathways and within the classroom).” Tracking students according to their progress and abilities is “based on the notion that adults know what the right thing is for them, which does not allow room for student agency, reinforcing paternalism and powerhoarding.” (Their emphasis.)

In March, educators are to engage with this idea: “White supremacy culture shows up in math classrooms when… ‘Real-world math’ is valued over math in the real world.” I’m still trying to figure out what that even means, but evidently classrooms are part of the real world, and teaching “real-world math” may “result in using mathematics to uphold capitalist and imperialist ways of being and understandings of the world.”

In April, after grading students all year, instructors finally learn that math is not about coming up with the correct answer: “White supremacy culture shows up in math classrooms when… The focus is on getting the ‘right’ answer.” Teachers are told, “Schooling as we know it began during the industrial revolution, when precision and accuracy were highly valued. What are the myriad ways we can conceptualize mathematics in today’s world and beyond?”

Finally, teachers are encouraged to “dismantle power structures in the classroom.” They first learn, “White supremacy culture shows up in math classrooms when… Teachers are teachers and students are learners.” Stride 1 explains, “Unique to mathematics is the idea that new learning comes from the teacher. Even when learning is connected to previous knowledge and experiences, the idea is often that teachers provide the learning and are in charge of disseminating new information. This reinforces the ideas of paternalism and powerhoarding.” (Their emphasis.)

Many of the ideas promoted in the resource are good – teachers should know their students’ backgrounds, strive to listen well, encourage participation in discussions, and use a variety of educational techniques to appeal to different learning styles. But the “equitable math” movement is rooted in critical race theory, with its Marxist roots. Critical race theory promotes “intersectionality” and views everything through the lens of power and oppression. It doesn’t look at individuals, but lumps everyone together into a group identity.

“A Pathway to Equitable Math Instruction” was produced by more than two dozen education organizations (if I did my math right), including school districts and universities in California, as well as national groups. The project received funding from the Bill and Melinda Gates Foundation.

From the Heritage Foundation:

Critical Race Theory, the New Intolerance, and Its Grip on America

Videos from The Colson Center for Christian Worldview:

Critical Theory Is Biblical – What Would You Say?

Critical Theory Is Practical – What Would You Say?