Phyllis Schlafly Was a Conservative Icon; How Will New Hollywood Series Depict Her? 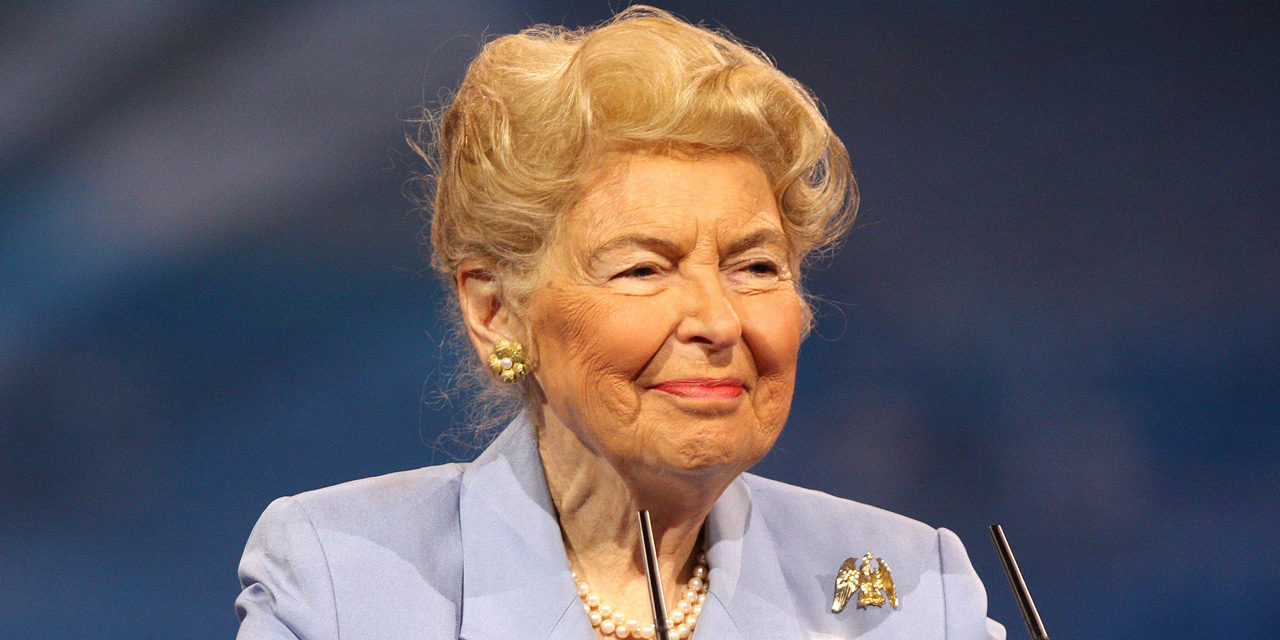 A new nine-episode limited television series will begin on April 15 about Phyllis Schlafly, the conservative icon and founder of Eagle Forum. The series, Mrs. America, focuses on the 1970’s when she rose to prominence as a woman’s voice against the radical feminist movement, and in particular as the face of the opposition to the so-called Equal Rights Amendment (ERA), which was sent to the states for ratification by Congress in 1972. Cate Blanchett is both the executive producer of the new series as well as the actress playing Schlafly. The series which will be appear on “FX on Hulu.”

An official trailer (warning: profanity and other objectionable conduct) for the series was revealed at a commercial break during the Oscars show. In the trailer you see feminist icons from the era, including Gloria Steinem (Rose Byrne), Betty Friedan (Tracey Ullman), Shirley Chisholm (Uzo Aduba) and Bella Abzug (Margo Martindale) clashing with Schlafly and the movement she headed. Schlafly isn’t portrayed particularly well in the trailer, which features her arguing with her husband and being called “mean” by another woman.

But the feminist icons take their hits also. In one short section of the trailer, Gloria Steinem shocks the room of ladies she’s in. In response to another woman’s comment, “We do not want housewives thinking that we’re against them…” Steinem replies, “We (the Women’s Liberation Movement) are against them.”

That revealing Steinem moment won’t particularly help the current ERA effort going on in the courts, in state legislatures, and in Congress.

The creator of the series, Dahvi Waller, says the series is not about the good guys vs. the bad guys. “It was very intentional to create a series with shades of grey.”

But this is Hollywood we’re talking about, so it’s natural to be skeptical about assurances of impartial treatment. Schlafly was a strong and vocal opponent of abortion, which she argued was the motive behind, and the ultimate goal of, the ERA. It’s hard to believe that a script coming out of Hollywood would be fair toward a person so opposed to abortion.

In fact, one of Schlafly’s daughters has created a new website, mrsamerica.org to make sure that the true story of Phyllis Schlafly’s remarkable life is available for those who might watch the television series without a critical eye.

Phyllis Schlafly was a powerful conservative voice for decades until her death in 2016. The conservative movement is indebted to Schlafly for her prescient and powerful voice.