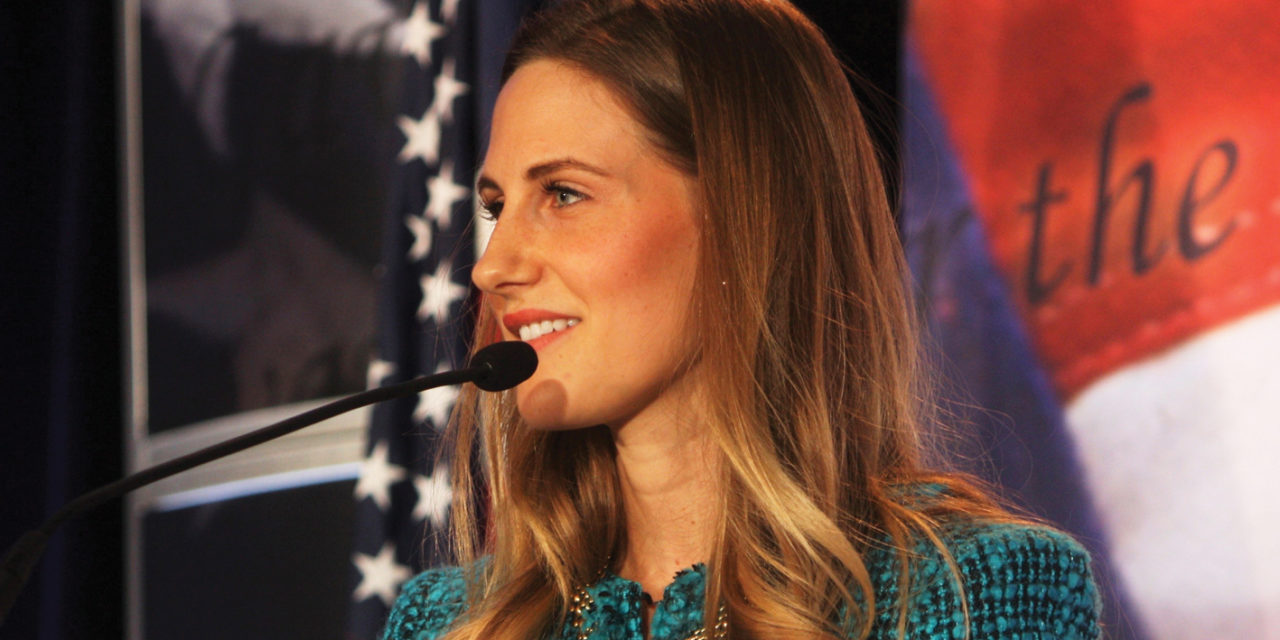 When I was 20 years old, I decided to throw my name in as a candidate for an open seat in my district at the Montana House of Representatives. I did not have nearly the life experience of my opponent, who had multiple decades on me, but I did have a set of principles that were in line with the majority of the voters in my district: small government and Judeo-Christian values.

The incumbent dropped out at the last minute, and most people couldn’t rally on that short of notice. Since my district crosses two counties and the candidate has to live in the district (as opposed to simply living in the county), that narrowed the pool significantly. It’s tough for people to get four months of work off every other year, and the time to fulfill their out-of-session obligations. As a 20-year-old, I was able to do those things.

Even if I didn’t win, I felt it was important for voters to have a conservative option on o many people’s surprise, I was elected: I won in 2012 with 67 percent of the vote. I served two two-year terms, beginning in 2013, becoming not only the youngest member of the House, but also the youngest female ever to hold office in Montana.

While I never expected to be holding office in my twenties, I had hoped to be a part of the legislative process one day. I’ve always appreciated American history—the heart, courage and character of the leaders who founded our nation, and the process that gave rise to the longest-standing constitution in history. I would study everything I could get my hands on regarding American history, particularly our governmental institutions.

When I was 13, I asked my parents for the “red book” (The Christian History of the Constitution of the United States of America) and the “blue book” (The Bible and the Constitution of the United States of America, both by Verna M. Hall and published in 1960 and 1983, respectively) for my birthday. I read them both several times—no small feat, considering that together they made for more than 600 pages of dense subject matter—and found myself even more enamored with our nation’s history, and more inspired to help protect her future.

As much as I loved learning about American government, my interest in politics started, not with head knowledge of the institution, but with awe for the vibe of the atmosphere surrounding it. My dad served as the Speaker Pro-Tem of the Montana House of Representatives for four years, starting when I was 9. I used to love sitting next to him on the House floor, on a metal folding chair, listening to the debate—not understanding the discussion, but fascinated by the aura surrounding the process.

In middle school, I wrote a paper describing the sights, sounds and vibes of “the gauntlet”—the area connecting the House and Senate chambers—where the lobbyists hang out, hoping to grab the ear of a passing lawmaker. Even at a young age, I had a sense that this must be an important institution, where the members wield an enormous amount of power, with the authority to either bless or curse a people, a state or a nation. And I wanted to be a part of that process.

During my four years in office, people often asked about the hot-topic issue that prompted me to run. What was my agenda, in a sense?

But I didn’t seek office to make an impact on just one specific issue. Rather, I was motivated by a deep sense of respect for the institution and a desire to serve. I took a keen interest in human trafficking, education and other issues affecting the family, but I wouldn’t say those were my “why.” As a twenty-something, I did not feel that my time in office was the climax of my career or my life. Because of this, I felt free to learn all I could about every issue that came before me, engage in dialogue with people who disagreed with me, and invest in relationships with my colleagues on both sides of the aisle.

This attitude served me well, especially during my second term, where I served as Majority Whip for my party and as chairman of the House Education Committee.

They say politics is 95 percent relationship and 5 percent policy. I now know this to be true. Without trust and genuine relationships, it’s unlikely that anything of real value can be accomplished. To that end, solid relationships within politics yield all kinds of productive fruits.

This principle became one of the highlights of my time in office, and I thoroughly enjoyed cultivating relationships on both sides of the aisle, across different branches of government, with lawmakers from around the nation, and most importantly, with my constituents.

People often asked how I could stand to work in such a dirty, corrupt institution. At first, it bothered me that people saw the government I so loved and appreciated in such a negative light. But I understand now the institution does not have a heart and a will. It does not have a conscience, reason or values. If our government is corrupt or self-seeking, it’s because those leading it are corrupt and self-seeking.

I grew up with the model of servant leadership that Jesus modeled throughout Scripture. And I firmly believe that public office should be just that—servant leadership. I am honored to have served my constituents in that capacity, acting in a spirit contrary to the common practice within politics.

I never intended to make a career of politics. When I was 15, and then again when I was 17, I worked for the legislature as an aide to the Chief Clerk of the House and as an aide to the Senate Judiciary Committee. Working closely with the legislators, I saw firsthand the negative impact the pressures and stress of public office can have on a family.

In 2004, my dad chose not to seek re-election, seeing the difficulties my siblings and I were having growing up, and I am so grateful for his decision. I’ve also seen individuals’ characters destroyed because of the influence that power can have on an unsound mind—cheating on a spouse, trading favors for votes, lying for personal gain, etc. I never wanted to hold my position too tightly, or become so intent on maintaining my position that was willing to compromise my principals or character. At the time, I was single. But I decided before running that if and when I did get married, I would step out—at least for a time—for my family’s sake.

I left office in January 2017, but my involvement with public policy is far from over. I understand better now the importance of individuals joining together to get things done, rather than relying on the government to take action. I support and appreciate our government, but I am a big proponent of private-sector solutions to the problems we face. Our government was never intended to usurp the creativity, ingenuity and productivity that often results when people come together to solve problems.