The Satanic Temple is a national organization – with a charitable tax-exempt status from the IRS, no less – that both rejects the Christian gospel and uses the First Amendment and other laws guaranteeing free speech to challenge government-approved Christmas displays and draw attention to itself.

The latest example comes from the Illinois chapter of the group, which for the fourth time since 2018 will have its own version of a “holiday” display at the state Capitol, displayed alongside a Christmas tree, a Nativity scene and a Jewish Menorah. The Illinois state government invites the public to apply for a permit to set up a display.

The annual Capitol displays from private parties operates as a government-sponsored public forum, and, because it allows private messages on government property, the state of Illinois cannot discriminate based on the content of the message of any particular display. The Satanic Temple uses that to its advantage, because even though it doesn’t celebrate Christmas or Hanukkah and otherwise wants nothing to do with either day, its message must be permitted as well.

The state group, which has about 100 members, has set up sculptures in the Capitol in the past such as the goat-monster baby named Baphomet in 2021, which prompted protests and prayer vigils from the public.

This year, however, the group is offering a less provocative display called “Sol Invictus,” consisting of a crocheted snake on a basket of apples, embracing a 1543 book written by Nicolaus Copernicus entitled On the Revolution of the Heavenly Spheres. The group lauds human wisdom and considers Christianity to be a myth.

The Satanic Temple, which is also known for starting “Satan clubs” in public schools where Christian and other religious clubs are allowed, may simply want to offend Christians enough that they will willingly remove displays and school clubs from the public square rather than compete with the Satanic Temple’s message.

However, if that was their intent or hope, it doesn’t seem to have frightened off anyone. One of the members of the Springfield Nativity Committee that is responsible for providing a Nativity scene to the Illinois Capitol annual Christmas display is Tom Brejcha, who is also the president and chief counsel of the Thomas More Society, a public interest law firm that defends the constitutional rights of Christians and pro-life activists nationally. Brejcha isn’t put off by the Satanic Temple’s message.

“And I think, frankly, it only underscores the beauty of the message of the Christmas Nativity display, which is a message of hope and care and renewal,” he added.

What a marvelous attitude for Christians to exhibit in the face of mockery and opposition!

No believer wants to see a display mocking the Christmas message placed alongside a Nativity scene, but no believer should shrink from the opportunity of allowing the gospel message to compete with contrary messages, either.

The Satanic Temple likes the shock and awe that its name creates – and the publicity it generates – but the group claims that it is not involved in the worship of Satan.

“Satan is more of a mascot and metaphor for us,” a spokesperson going by the pseudonym “Minister Adam” told the Chicago Tribune. Either way, the group is deceiving itself and needs to hear the true message of Christmas.

Hopefully, the members of the Satanic Temple who attended the opening of the Christmas display at the Illinois Capitol spotted the depiction of the Savior of the world resting peacefully in the manger nearby.

A simple message of hope at a time when the world desperately cries out for good news.

“For unto you is born this day in the city of David a Savior, who is Christ the Lord. And this will be a sign to you: you will find a baby wrapped in swaddling cloths and lying in a manger” (Luke 2:11-12 ESV). 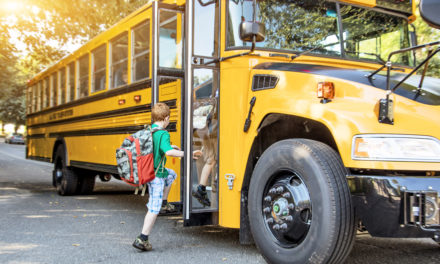 BACK TO SCHOOL FOR PARENTS