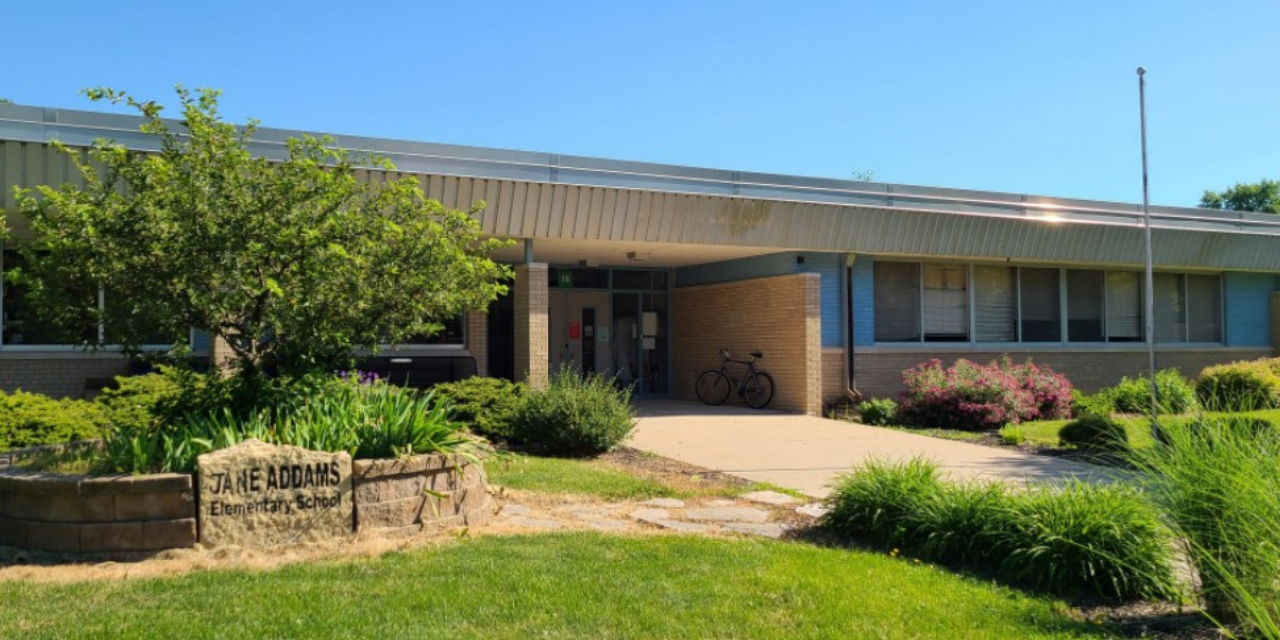 “Hey Kids, let’s have fun at After School Satan Club!” a flier in the lobby of Jane Addams Elementary School in Moline, Illinois, reads. The flier, from the Satanic Temple organization, has drawn protests from parents and community pastors, while the school district contends it is legally required to allow the club to form.

The Satanic Temple, according to the New York Post, is “essentially an activist group and think tank more than a religious institution.” It doesn’t like Christianity in any form, and offers to form Satan clubs in schools that also offer after-school Good News clubs, which are sponsored by Child Evangelism Fellowship.

The Temple tries to annoy local governments that sponsor community Christmas displays that include a manger scene or other references to Christ’s birth by demanding equal time with one of their statues of a demonic character. It relies on various First Amendment court cases involving free speech and freedom of religion to embarrass and intimidate government entities into either allowing its display – guaranteed to offend the entire community – or cancelling the long-standing community celebrations of the season.

Christmas is not the Temple’s only target. For example, knowing that recent Supreme Court decisions have supported religious invocations at the beginning of meetings of legislative bodies, it demands equal time to offer an “invocation” of its own.

It’s even gone so far as to obtain a federal IRS tax exemption as a church. It’s used that status to argue that, as a church, its “members” are exempt from abortion regulations, since the “church” holds abortion to be a “sacrament.” So far this argument hasn’t succeeded in the courts.

So, is the Satanic Temple a harmless anti-Christian curmudgeon which, like other secular organizations, merely seeks to oppose all public expressions of faith? Or is it something more sinister?

Let’s go back to the Illinois elementary school. The Temple’s flier advertises “Science Projects! Puzzles & Games! Arts and Craft Projects! Nature Activities!” Sounds innocent enough. If the local 4-H club advertised the same activities, no one would bat an eye.

The club even disclaims a belief in the real Satan.

The flier states that, “The Satanic Temple is a non-theistic religion that views Satan as a mythical figure representing individual freedom. After School Satan Club does not attempt to convert children to any religious ideology. Instead, the Satanic Temple supports children to think for themselves.” It also says it “promotes benevolence and empathy, critical thinking, problem solving, creative expression and personal sovereignty.”

There’s a simple reason for this.

The Satanic Temple, as an organization, thrives on media attention, which it attracts by creating controversies. Advertising a “Satan Club” for elementary school children is a quick way to attract national news attention, clicks on its website, and more members and donations. You get the picture.

And schools are bound by the Equal Access Act of 1984 which, as its title suggests, creates a level playing field for clubs in public schools that receive federal funds. The Act was passed out of a concern that Christian clubs were wrongfully being denied access to public schools because of an incorrect interpretation of the religion clauses of the First Amendment on the part of public-school administrators.

In fact, District Superintendent Rachel Savage explained to reporters that the school district had no choice but to allow the club to form.

“Since we have allowed religious entities to rent our facilities after school hours, we are not permitted to discriminate against different religious viewpoints,” Savage said, as reported by DailyMail.com.

Allowing unpopular views to co-exist alongside mainstream views is the price we Americans pay for valuing a robust First Amendment respect for speech.

But that doesn’t end the issue for Christians.

The parents and pastors who showed up at the school to protest the formation of a Satan Club at Jane Addams Elementary understand the underlying danger of such a club. Hiding behind a benign-sounding flier is a deeper message that implies, “Kids, you don’t need God. Come hang out with us and we’ll show you that you are a god unto yourself.”

That’s what the flier means when it uses the phrase “personal sovereignty.”

Christians understand that there is no truth without God. Proverbs 3:7, among many verses in the Bible just like it, warns, “Be not wise in your own eyes; fear the Lord, and turn away from evil.”

As Christian parents, we may have to recognize the legal status of organizations like the Satanic Temple. But we will not be fooled into letting our children anywhere close to a “Satan Club.”