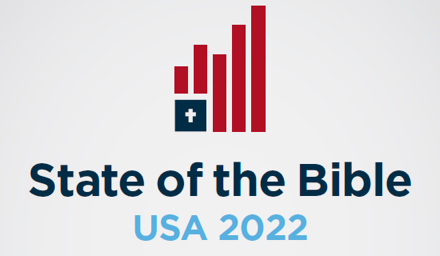 The American Bible Society released its State of the Bible – USA 2022 report, a study of Americans’ opinions and practices relating to Scripture. It’s the twelfth such report from the organization, which has a vision to share the life-changing message of the Bible with everyone in the world.

The organization has been releasing chapters of the report since January 2022, and this latest section was how engagement with the Bible impacted charitable giving.

Today’s release shows that Americans who are engaged with the Bible gave $145 billion to charitable causes in 2021 and that Practicing Christians, those who are actively living out their faith, are much more likely to give.

Year after year our research shows there is a strong correlation between charitable giving and human flourishing, suggesting that people find a sense of meaning when they give to a cause they believe in. For Christians, we know that we have received the free gift of grace, which in turn motivates us to more generously give our time, energy, and financial resources to others.

Engaging with the Bible and actively living out our faith doesn’t simply mean reading the words in the pages of Scripture – rather, it is a transformation of the heart that inspires us to love and live well.

Among other projects, American Bible Society provides Bibles for service members, veterans and military families; operates the Faith and Liberty Discovery Center in Philadelphia; and works with other groups to see that all people groups have the Bible in their language by 2033.

The organization collaborated with NORC (National Opinion Research Center) at the University of Chicago, gathering data from a representative sample of 2,598 adults from all 50 states and Washington, D.C.

The study included 14 questions “about the frequency of Bible use and the impact and centrality its message.” Based on their answers, participants are then placed into three groups: Scripture Engaged, Movable Middle, and Bible Disengaged.

Here are some key findings from “Generosity,” the eighth chapter in State of the Bible:

A chapter released earlier this year, “Human Flourishing,” focused on areas of life such as happiness and life satisfaction; mental and physical health; meaning and purpose; and close social relationships.

People who give the most to charity flourish more and have more hope and purpose. Our data reveal a substantial correlation between charitable giving and our measures of human flourishing and hope. One of the six aspects of the Human Flourishing Index, “Meaning and Purpose,” has an especially strong connection.

The report quoted Bruce Main, executive director of Urban Promise, an organization “dedicated to providing children and youth with the supports that they need to succeed academically, grow spiritually, and prepare for leadership that will bring positive change to their own communities.”

He descibed what happens when Christians donate to their churches and other charitable organizations:

When God’s people offer their gifts to the world, they bring more than just a skill or service for hire.