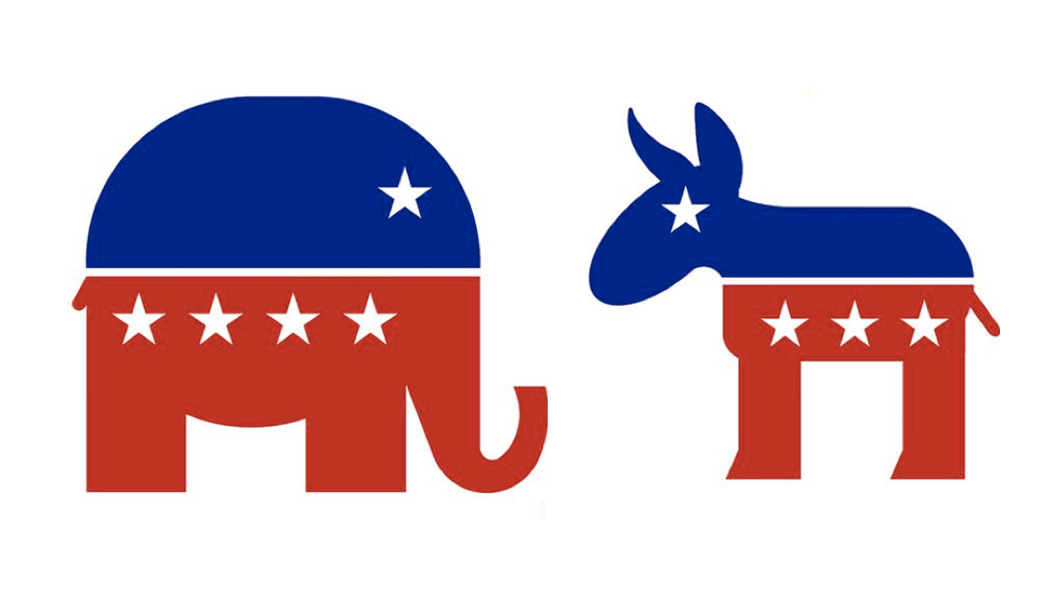 Americans are more politically divided now than we have been in a long time. We can all feel it, and there is plenty of research to back it up.

The Pew Research Center did a study in 2014 which found that, “Republicans and Democrats are more divided along ideological lines – and partisan antipathy is deeper and more extensive – than at any point in the last two decades.” In addition, they found that, “The overall share of Americans who express consistently conservative or consistently liberal opinions has doubled over the past two decades from 10% to 21%. Today, 92% of Republicans are to the right of the median Democrat, and 94% of Democrats are to the left of the median Republican.” Considering that the study was done five years ago, it’s likely Americans are even more divided now.

Social media has done nothing to help heal our divisions. Rather, the ability to debate online without meeting face to face seems to exacerbate the problem. It can be easy to forget about the humanity of the person on the other end of the screen.

In increasingly polarized times, some believe that engaging in politics is fruitless, and that we should never discuss politics with those we disagree with. There’s an old saying that there are two topics that shouldn’t be discussed on a first date: religion and politics. That advice comes from the notion that politics is dirty, and that disagreement usually results in conflict and therefore these topics shouldn’t be brought out in the open.

But I’m convinced that the only way Americans are going to be able to heal our deep divisions is through bringing political discussions from cyberspace to the coffee shop. By discussing these tough topics in person, we are able to discover that we are all trying to bring about a better, more prosperous nation albeit in radically different ways.

This week, we saw a great example of this approach. After the recent shootings in Texas, actress Alyssa Milano posted a tweet asking where Scripture says it is a God-given right to own a gun. Texas Senator Ted Cruz responded with a 10 tweet long thread where he attempted to answer Milano’s question.

As a result of this exchange, Senator Cruz and Milano agreed to meet in person to discuss the issue, despite the fact that they take polar-opposite political positions. This week, they had their meeting and were joined by gun-control activist Fred Guttenberg, the dad of a 14-year-old girl who was killed at the Parkland High School shooting.

At the beginning of the meeting, Milano began by explaining her thinking on the issue. She said that, “For many people in this country, your stance has made you almost like this caricature of a villain and that’s why this meeting was so important for me, because I wanted to be able to look at you in the eye and know that you’re really a human with a heartbeat.”

Whether she knew it or not, Milano perfectly expressed the importance in-person political discussions. Milano acknowledged that it is easy for political opponents to demonize one another because of their disagreements. When meeting in person, rather than arguing on an impersonal platform like Twitter, people are more likely to listen to each other and to recognize the humanity of the other person. Most likely, the other person isn’t as evil some may be led to believe.

After the meeting, Guttenberg told CNN’s Brooke Baldwin, “I’m just truly appreciative of the chance to sit down with somebody and to have them sit down with me where we really do talk from two different sides of the room, and actually look each other in the eye.” Our nation needs more of these types of discussions.

At the height of our nation’s political dissension during the Civil War, President Abraham Lincoln said this in his Gettysburg address: “Fourscore and seven years ago our fathers brought forth, on this continent, a new nation, conceived in liberty, and dedicated to the proposition that all men are created equal. Now we are engaged in a great civil war, testing whether that nation, or any nation so conceived, and so dedicated, can long endure.”

Senator Cruz, Alyssa Milano and Fred Guttenberg should all be commended for courageously modeling the art of engaging in civil discussion with those they disagree with politically. It seems in our own way, with vast philosophical disagreement, angst and fear we are once against testing whether our nation can long endure. Let’s openly air our political disputes, honestly debate with one another and pray that we can all see the invaluable moral worth and humanity in each other.