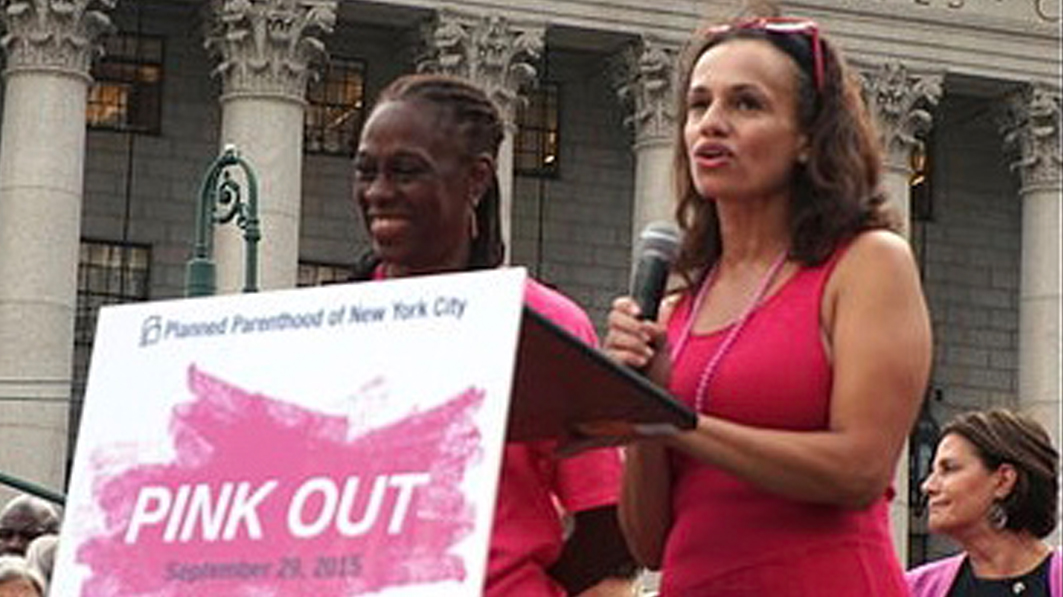 Planned Parenthood recently fired Dr. Leana Wen, and wasted no time naming her replacement. In fact, about 20 minutes after the news broke, the biography of the new acting president was already on Planned Parenthood’s website, and it wasn’t a surprising choice. The abortion business is focusing on politics, and the woman the board chose to lead is perfect for the role.

Johnson has a long history of political activism and trying to tackle racial bias. She co-founded an organization called the Perception Institute, which “is a consortium of researchers, advocates, and strategists that uses cutting-edge mind science to help organizations reduce discrimination linked to race, gender, and other identity differences.” Perhaps Institutie is most well-known for its work with Starbucks, where Johnson and her team helped create a racial bias curriculum used by 8,000 stores during the famous day of sensitivity training.

The training was the result of an interaction where the police were called after two African American men were hanging out in Starbucks and asking to use the restroom without paying for anything. While it is possible that the situation didn’t require police intervention, but an entire day dedicated to training men and women how to rid themselves of unconscious bias, as in bias people may not be aware that they have, is a bit of an overreach as well.

Some of the gems from the curriculum that Johnson and her team developed includes such deep, probing questions like, “What makes me, me? And you, you?” There is also another section that asks employees about, “the first time you noticed your racial identity, noticed how your race affected your beauty standards and felt your accent impacted people’s perception of your intelligence or competence.”

The questions seem rather odd for a training on how to avoid bias and seem more designed to shame certain groups rather than to promote collective understanding. In fact, there are several videos in the curriculum of unnamed and unseen Starbucks employees talking about certain customer interactions. The titles of those videos include: “large group of students come in at once,” “scruffy man approaches woman in the line,” and “customer with thick accent.” All were seemingly designed to embarrass those employees or others that have acted in similar fashions, even though most of those interactions appeared banal or were just misunderstandings (having worked in retail I can attest to similar situations). There was no obvious malicious intent.

The problem with this day of racial-bias sensitivity training is that it didn’t really take. On July 4 of this year, six police officers in Tempe, Arizona were asked to leave a store by a Starbucks employee because their presence “disturbed” a fellow coffee lover. Apparently, the concerned customer went up to the “barista multiple times with anxiousness about the police.” While the coffee giant did apologize and there was sufficient outrage on social media, the response was still tepid to say the least.

If Johnson is the head of Planned Parenthood, it is likely that the abortion business will go in a similar racial and gender charged direction. There was a glimpse of this last year during a roadshow tour called Rise Up for Roe, where abortion advocates, including some now presidential candidates, railed against the Conservative Right, Brett Kavanaugh and old white men. Some of the statements that highlight this divide included Jess Morales Rocketto saying, “They literally want to kill (women of color)” and “White men want complete and total power over our lives and over our bodies. This fragile white masculinity happens all the time.”

Lauren Duca, who used to write for Teen Vogue and most recently had a brief debate with conservative commentator Ben Shapiro, said at the event in Los Angeles, “(Kavanaugh) wants to rule over this country with a textualist, originalist mindset, which is a very safe way of saying white, supremacist patriarchy. That is about making the courts unresponsive to the people. Treating the 1776 doctrine as the law of the land and meaning that we do not have a voice in the way life is shaped in this country.”

Those statements might sound a bit extreme but were actually some of the tamer comments. With Johnson as the new Planned Parenthood president, the abortion business is likely becoming more radical and divisive as it continues to pursue the progressive agenda. What Planned Parenthood will look like over the next year is anyone’s guess, but the appointment of Johnson is a sign that Planned Parenthood is more and more willing to put the desires of the Left above the needs of patients.