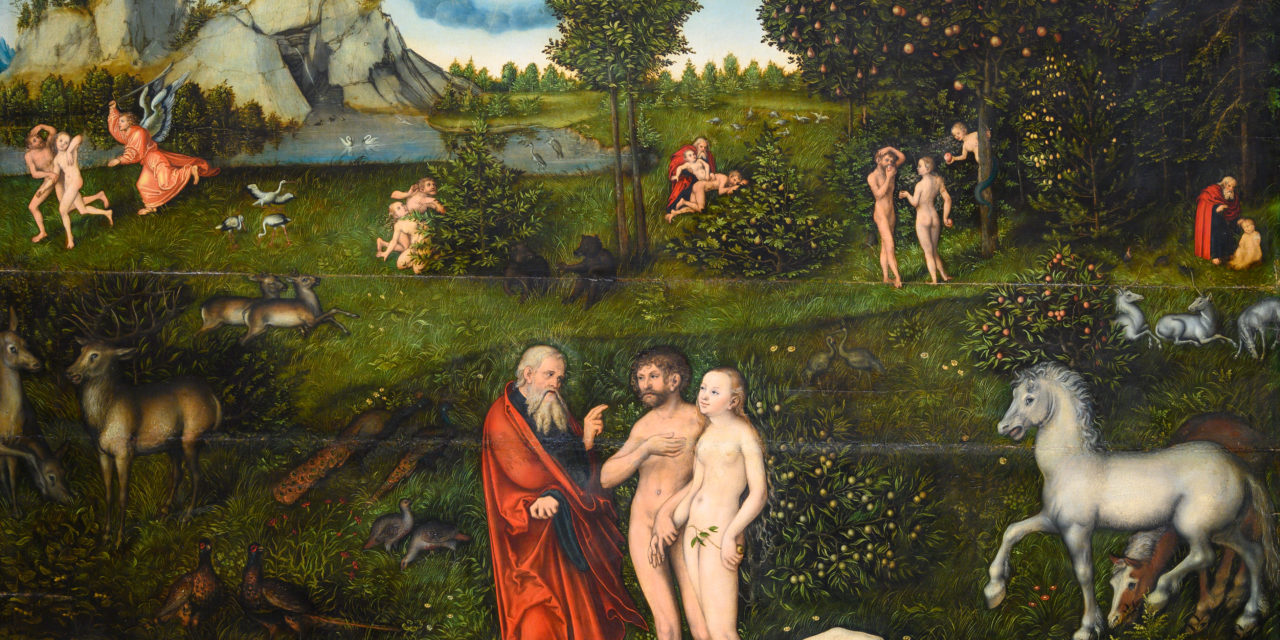 Theological revisionists on the issues of sexuality and gender – those trying to bring confusion through false teaching into the church on these issues – have introduced the question into contemporary Christianity on whether these are primary or secondary issues for Christianity. They also pose it as “Are sex and gender gospel or non-essential issues?”

Essentially, they are asking whether sexual ethics and the actual meaning of male and female are worth making a big deal about in Christianity. Or are they just unfortunate distractions from what really matters to our faith, the Gospel? In other words, essential or non-essential?

Let us be clear: These are not honest questions.

And this should be appreciated by all Christians. They are intended to cloud the issue to facilitate their revisionist work. A “nothing to see here folks” shell game.

Not surprisingly, the revisionists hold that these issues are secondary, things good Christians can simply “agree-to-disagree” on like end times beliefs or denominational differences. They claim these issues need not divide or take our time because they are not primary things like the nature of the Trinity or deity of Christ.

But these revisionists fail to appreciate the irony of this very argument and it reveals their duplicity. According to the dominant “LGBT” script from gender activists, room for disagreement does not exist. Full affirmation of all things this movement holds dear is the only option. If you fail to affirm all they proclaim, you are an ugly homophobe who must be silenced and condemned. There is no middle ground for charitable disagreement.

However, this incrementalism is wholly acceptable by these activists for anyone seeking to change the theology of the Church in a pro-gay direction. Therefore, they get a strategic pass from the larger all-or-nothing queer movement for their “agree-to-disagree” moderation.

So, the gay- and trans-affirming theological revisionists quietly wade into their work trying to convince faithful Christians that questions of sex and gender are merely “secondary issues” – unfortunate distractions that lead us away from the centrality of the Gospel itself.

No Christians should fall for this trick. Not if they understand the story God is telling us through Scripture from the first page to the last.

Sexuality and gender issues are undeniably very much gospel issues because of what God says about Himself and where His divine story is going.

Let’s begin by looking at how we first encounter what male and female are in God’s story. It is not primarily in relation to Adam and Eve, curiously enough.

Our first encounter with human male and female in God’s own telling is in relation to what the image and likeness of God are in creation. This is the first thing all Christians must appreciate about what male and female are in humanity.

Then God said, “Let us make [mankind/humanity] in our image, after Our likeness.

So God created man in His own image,
in the image of God He created him;
male and female He created them.

So, when foundational questions are raised about the nature of male and female bodies – as gender theory is very busy doing – those questions are absolutely raising doubt about the very image and likeness of God. Yes, gender is a gospel issue because it’s a God issue! Full stop. How can any honest reader of Scripture, much less any believer, miss this?

When you raise questions about whether someone can be born into the wrong body, as is newly being done today on a massive scale, this directly questions God’s goodness. A loving, sovereign God does not play tricks on us with the bodies He has graciously given us. God does not lie to us through our bodies. But that is exactly what “transgender” ideology says, that God is deceptive and our feelings know better.

Our bodies are gospel issues because they, and they alone, are the image and likeness of God in creation. Pervert this truth and you pervert the foundation of the Gospel itself.

Simply examine God’s first and foundational command to humanity and we see how primary human sexuality is to God’s divine purpose.

God’s first directive to humanity as male and female is to engage one another sexually, fruitfully, and start a family. In Genesis 1:28, it is written,

“And God blessed them. And God said to them, ‘Be fruitful and multiply…’”

It was the first thing God wanted humanity to do as the foundation for everything else. Be life givers. God never rescinded that command. And it involves the intimate union and cooperation of male and female and the marital embrace. That is what creates family, new people and society.

So the command God gives first is undeniably primary in God’s story. It predates every other part of human experience and culture. Even the Church. Sexuality is certainly not a secondary issue. And God gives it a clear and exclusive context: between husband and wife in marriage.

What IS the Gospel, After All?

But God’s marriage story doesn’t end there. Not by a long shot.

The Gospel itself is a marriage proposal. It is what God’s whole story is moving toward.

As we read through the rest of the Old and New Testament, God and His Son are conveyed to us a Bridegrooms who have an infamously unfaithful bride. And They do not give up pursuing her. Ever. This truth is primary all through the Prophets and Gospels.

And finally, what is the very relationship between Christ, His Church and heaven itself?

The creation of Adam and Eve as husband and wife at the beginning of Scripture is mysteriously and powerfully linked in the New Testament to what the whole Gospel story is about: The redemption of Christ’s Bride. The Apostle Paul famously tells us as much in Ephesians 5:31-33.

He starts by referencing the beginning of God’s creation order for humanity in Genesis and links that to the very center of the Christian story, Jesus Himself and His Gospel mission.

“Therefore, a man shall leave his father and mother and hold fast to his wife, and the two shall become one flesh.” This mystery is profound, and I am saying that it refers to Christ and the church.

Then I heard what seemed to be the voice of a great multitude, like the roar of many waters and like the sound of mighty peals of thunder, crying out,

“Hallelujah!
For the Lord our God
the Almighty reigns.
Let us rejoice and exult
and give him the glory,
for the marriage of the Lamb has come,
and his Bride has made herself ready;

it was granted her to clothe herself with fine linen, bright and pure”— for the fine linen is the righteous deeds of the saints.

And the angel said to me, “Write this: Blessed are those who are invited to the marriage supper of the Lamb.” And he said to me, “These are the true words of God.”

And Revelation, and thus God’s Word, ends with Jesus explaining these beautiful words from His beloved Gospel-proclaiming Bride, the Church which cooperates with the third Person of the divine Trinity,

He who testifies to these things says, “Surely I am coming soon.” Amen. Come, Lord Jesus!

This good news of invitation, a wedding invitation is the Gospel. So yes, gender and sexuality are indeed primary, Gospel issues. Both are intimately woven into God’s wonderful story from the first page to the very last.

No one can read God’s full story with honesty and come to any other conclusion.

This is why defending gender and sexuality against the vicious and even demonic attacks they are facing today cannot be written off as secondary. They are not distractions from the main thing. God Himself irrefutably tells us how crucially integral they are to the main thing, God’s own story.

And if sex and gender are radically redefined, as the theological revisionists are hell-bent on doing, then God’s story becomes incoherent.

No one knows this better than Satan. Christians must understand it too.