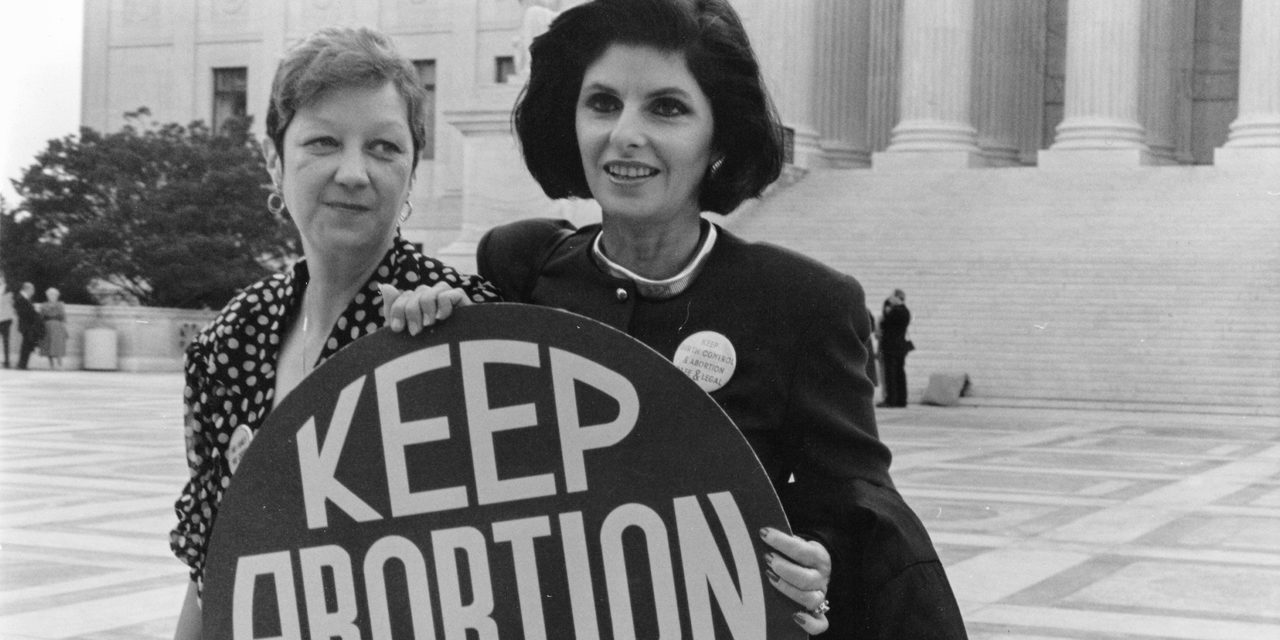 Norma McCorvey, Jane Roe in the infamous Roe v. Wade case, died in 2017. But in her last days she allowed documentarians to film her so-called “deathbed confession,” which has tarnished her legacy as a pro-abortion activist turned pro-life advocate.

Originally airing on FX and now streaming on Hulu, the documentary received much press attention as pro-abortion activists celebrated Norma’s revelation that she was paid to become a turncoat against their movement. But after watching the documentary, it became clear that Norma wasn’t really a turncoat as much as a woman desperately seeking validation and a platform due to her role in the Roe case, no matter which side was paying.

Norma McCorvey lived a hard and difficult life. As a young teenager, she ran away with a girlfriend to Oklahoma City after stealing money to make the trip. She was later arrested for engaging in sodomy, though the description of the activity given to her by the police officer made her confession suspect. As a result, she went to a reform school and later lived with a family member who sexually abused her. Throughout her life, the documentary argues that she was used by a variety of people, including those in the pro-abortion and perhaps even in the pro-life movement as well.

In order to make the case to legalize abortion, the women arguing the Roe v. Wade case needed a poor, pregnant woman, any would do. If she fit the role then the lawyers could pursue their dream of legalizing abortion in Texas and eventually the entire country. Norma also helped their case by lying that her pregnancy resulted from a rape. All Norma needed to do was sign the affidavit, which she did though she never actually had the abortion. She made an adoption plan instead.

But despite her name being attached to the infamous court case, the pro-abortion movement didn’t really want nor care for Norma.

“She was not the poster girl that would’ve been helpful to the pro-choice movement,” Charlotte Taft, who was identified in the documentary as an abortion counselor, said. “However, an articulate, educated person could not have been the plaintiff in Roe v. Wade.”

So, instead the pro-abortion movement turned to celebrities in order to make its case and ignored low income, undereducated women seeking an abortion. Though Norma was invited to attend a pro-abortion event in Washington DC, she was denied the opportunity to speak about the case that bore her pseudonym.

Though Norma eventually did some press with Gloria Allred and worked at an abortion clinic, she later converted to Christianity (more specifically Catholicism) under the tutelage of Rev. Flip Benham of Operation Rescue. As someone who went from being the catalyst for Roe to a pro-life advocate, she received praise and support from those within the movement. This change resulted in financial compensation, which the documentary claims is the reason why Norma switched sides.

So, the question becomes, did Norma turn because of a change in convictions or a paycheck and an opportunity to receive the validation she had always wanted? If the pro-abortion movement had truly embraced Norma, would she have changed sides to begin with? After all, she claims in the documentary that she had always wanted to become an actress. Did her life as a pro-life advocate allow her to embrace her Hollywood dream? We’ll never know for sure.

Either way, the documentary does a great job at simultaneously tarnished Norma’s legacy and tarnishing aspects of the pro-life movement, but it also does something else. It demonstrates that pro-abortion activists do not care about the women that they claim to serve. They didn’t want women like Norma in the 1980s and 1990s to be the “face” of their movement, they wanted actresses like Morgan Fairchild and Sybil Shepard. That’s still true to this day. At pro-abortion rallies, the platform is almost always reserved for whatever celebrity wants to speak and not the women struggling to make ends meet.

It’s unclear what Norma wanted to accomplish with this documentary, but it is revealing that the filmmakers waited an exceedingly long time to release it. Since Norma has died, there is no way to clarify her statements nor get to the truth of the matter. Instead, the filmmakers are free to spin her words and last days however they want, which definitely leaves more questions than answers.