Today, September 24 is National Voter Registration Day. The event began as an annual event in 2012 and was created to help give millions of American citizens who aren’t registered to vote the opportunity to do so.

Our tradition of voting is as old as the American republic because our government is created by, of and for the people. Voting is our method of holding the government accountable to the people. Citizens can throw out officials who aren’t representing them well, and elect new people who accurately reflect their voice.

Voting is essential for the health of a Republic. One of the reasons for the American Revolution was that colonists were not granted a voice in the British Parliament. The colonists decried “taxation without representation.” Indeed, the Continental Congress passed a resolution in 1765 that listed this usurpation of power as a grievance. “That it is inseparably essential to the freedom of a people, and the undoubted right of Englishmen, that no taxes be imposed on them, but with their own consent, given personally, or by their representatives.” The first Americans recognized that voting gives citizens an outlet with which to express their pleasure or displeasure with their officials. It also empowers the citizenry to voice their political opinions and effect change in a substantial way. Americans disagree with each other on many things, and through voting each citizen is able to nudge the nation in a certain direction.

Voting also helps maintain an informed citizenry. Since the citizens are responsible for maintaining their government, it is also up to them to know what is happening in their government in order to make informed decisions at the ballot box. Though campaign commercials can be exceedingly negative, they actually help inform the American people. Commercials, bumper stickers, campaign rallies, door knockers and debates all help American citizens know more about their government, and empower them to shape American politics to how they see fit.

Yet, voting wasn’t always a right that every American had. Initially, neither slaves nor women could vote. The Reconstruction Amendments include the 13th, 14th and 15th Amendments to the Constitution which were adopted after the Civil War. The 15th Amendment, passed by Congress in 1869 and ratified in 1870, states, “The right of citizens of the United States to vote shall not be denied or abridged by the United States or by any State on account of race, color or previous condition of servitude.” This amendment extended the right to vote to former male slaves. It is important to note that white men who didn’t own land often couldn’t vote as well.

The 19th Amendment, passed by Congress in 1919 and ratified in 1920, states, “The right of citizens of the United States to vote shall not be denied or abridged by the United States or by any State on account of sex.” This eliminated the rest of the barriers to vote for women paving the way for every adult American citizen to vote.

With the right to vote so important in the history of America, and with previous generations having struggled so hard to expand the right, it’s quite amazing that only around 60% of the eligible voter population votes during Presidential elections. This number usually shrinks to around 40% during the midterm elections, though it reached a record high 49.6% in 2018.

In 2016, because of their overwhelming support of Trump, white Evangelicals were credited with helping then-candidate Trump eke out a win. The Pew Research Center found that an extraordinarily high 81% of the voter bloc disclosed that they voted for Trump and only 16% voted for Hillary Clinton. In addition, they found that 26% of the voters described themselves as white evangelicals, the same proportion as in 2008 and 2012. If this share of the voting population had declined even slightly, it’s likely that Hillary Clinton would have been the 45th President.

In college, I used to discuss politics with one of my more liberal friends. Though we agreed on very little politically, we found common ground in one thing: the importance of voting. He used to say, “If you don’t vote, you can’t complain.” I think that sentiment is exactly right. If you aren’t satisfied with the direction the country is going, you can’t complain if you don’t vote.

Heading into election season, use this opportunity to make sure you are prepared to participate in our national political conversation. If you aren’t registered to vote, The Daily Citizen encourages you to do so. 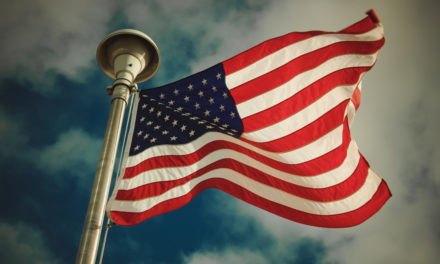