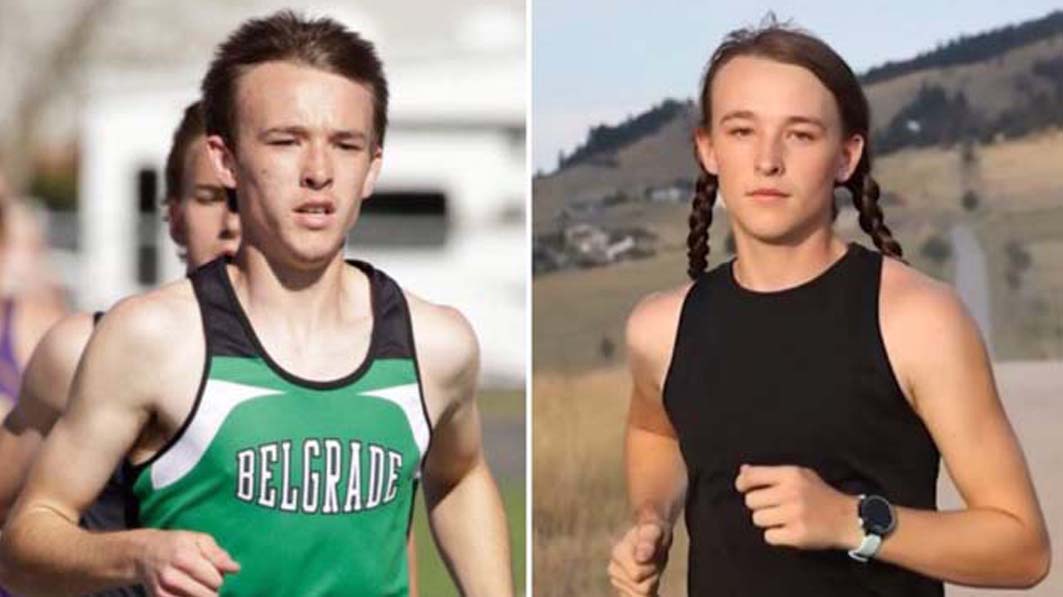 Yet another award that should have gone to a female athlete has now gone to a biological male competing as a woman.

Last month The Daily Citizen reported on Jonathan Eastwood, a biologically male collegiate cross country and track athlete that had decide to compete as a female for his senior year.

According to Western Journal, “The Big Sky Conference has named Jonathan Eastwood, a transgender athlete, as its female cross-country runner of the week.” Eastwood is the first transgender athlete to compete in NCAA Division I cross country. He runs for the University of Montana.

Detailed in the Big Sky Conference’s press release announcing that Eastwood won the award, “Jonathan Eastwood finished second in a field of 204 runners at the Santa Clara Bronco Invitational at Baylands Park in Sunnyvale, Calif. Eastwood clocked a time of 20:18 in the 6k race to help Montana place seventh as a team.”

The Big Sky Conference’s official Twitter page tweeted out a congratulations to Eastwood using his preferred female name, June. “Shout out to @MontanaGrizTF’s June Eastwood the #BigSkyXC Female Athlete of the Week.”

Eastwood, unsurprisingly, has had a successful season. The Western Journal noted that, “Eastwood has not finished below seventh in any of the University of Montana’s races this fall.

Eastwood’s coach, Brian Schweyen, is fully supportive of his decision to compete as a female. Schweyen said, “There will be mistakes made and lessons learned, but those lessons will be fantastic.”

“When biological boys play on girls’ sports teams, they have an immediate advantage over their female teammates and competitors due to the indisputable biological differences between males and females,” says Matt Margolis writing for PJ Media.

Biological males who compete as females are physiologically stronger and faster than their female counterparts.

Placing biological males into a female race could also distort the team results. The University of Montana, Eastwood’s team, placed seventh out of twenty-three teams at the Santa Clara Bronco Invitational. Cross country team scores are calculated by adding together the scores from the first five of a team’s finishers.

First place gets 1 point, second place earns 2 points and so on. The team with the lowest total points wins. Eastwood, placing second and garnering an extremely low 2 points surely helped the University of Montana place as high as it did. The fifth University of Montana athlete finished in 141st place, showing just how important Eastwood’s second-place finish was to counterbalance their fifth-place finisher.

The problem of biological males competing in women’s athletics has become increasingly common in recent years.

In fact, the U.S. Department of Education’s Office of Civil Rights (OCR) is currently investigating whether men competing in female athletics constitutes illegal discrimination under the regulations of Title IX. The Daily Citizen covered this story back in August.

Alliance Defending Freedom brought the complaint to the OCR on behalf of Selina Soule, a female high school athlete who is one of many girls who has seen the opportunity to compete at higher levels and earn college scholarships vanish.

The complaint alleges that, “As a result of the Connecticut Interscholastic Athletic Conference’s (CIAC) policy, two biological males, Terry Miller and Andraya Yearwood, were permitted to compete in girls’ athletic competitions beginning in the 2017 track season. Between them, they have taken 15 women’s state championship titles (titles held in 2016 by ten different Connecticut girls) and have taken more than 40 opportunities to participate in higher level competitions from female track athletes in the 2017, 2018 and 2019 seasons alone.”

As more and more biological men decide to compete as women, the outrage will only continue to grow. Female athletes who have trained for years to compete at a high level should not be relegated to second-class status. Women should not be guaranteed defeat before a race even begins.

Unless the policies permitting men to compete as women are changed, female athletes around the country will continue to have their gold medals turned into silver and be removed from their rightful place atop the awards podium.