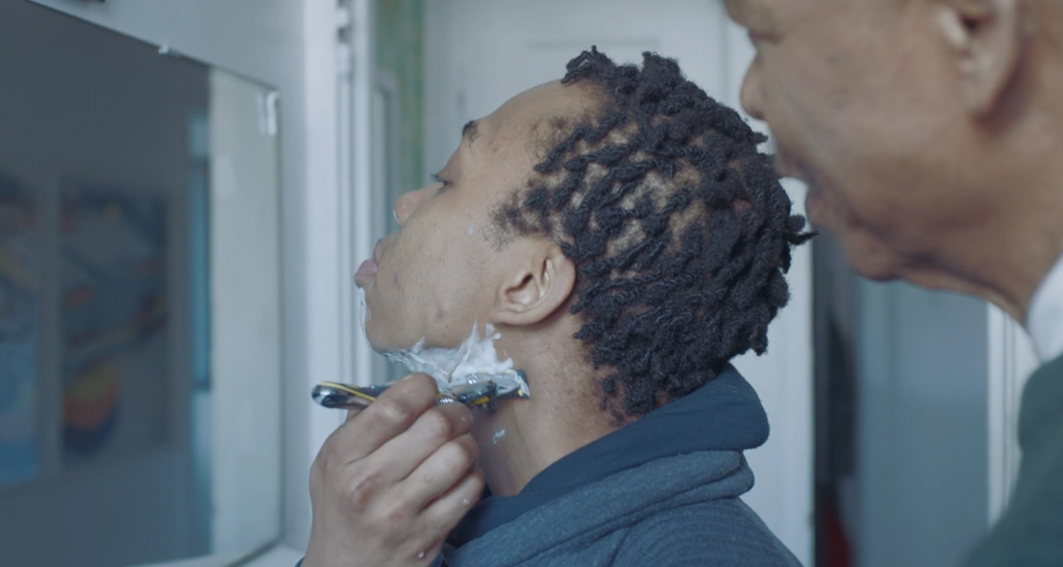 Gillette recently placed an advertisement on their Facebook page for men’s razors featuring a young woman – who believes she’s a man – shaving. In a previous article about the ad, I explained how it flies in the face of reality: Clothing, drugs, hormones and surgery can’t turn a woman into a man. In addition, Gillette ignores the potentially damaging and irreversible health issues caused by drugs, surgery and opposite-sex hormones.

But the ad is ill-advised and problematic for another important reason: Gillette celebrates gender confusion while minimizing or ignoring the effect on parents – and other family members – when a child struggles with this issue.

In the advertisement, Samson Bonkeabantu Brown, the transgender-identified woman, is supported and encouraged by her father. But in real life, Brown acknowledges that this was not an easy process for her and her family. Brown writes about the grief that both she and her parents went through as she rejected her female identity and sought to embrace a male identity. On her website, she says,

Transitioning has been a form of shapeshifting. At least that is how I understand it from the messages my ancestors have told me. I also see transitioning as a form of dying. The female me completely died when I began to medically transition and I had already grieved the female I never related to or identified with.

When I transitioned, my family had to grieve the female they assigned me as. For some of them, it’s been the longest grieving/funeral process ever. For others, they had grieved along with me, long before I ever went under the knife. I think my mum is still grieving. She is just putting on a better show of being okay with having to grieve.

Focus on the Family regularly receives calls, emails and letters from parents with gender-confused children. Many of them feel the grief that Brown describes, along with a welter of other emotions, thoughts and questions: love, guilt, sorrow, affection, shock, anger, confusion. If it’s a situation like Brown’s, the little girl these parents birthed and raised has rejected her femininity and thinks she’s a man – something that can never be objectively true.

And it’s not just parents who have these confused feelings and questions. We also hear from concerned grandparents, brothers and sisters, other family members, friends and church leaders with a transgender-identified relative, friend or congregation member. They often have questions and fears about responding to such situations, which are becoming more and more common.

With the entertainment industry, the internet, advertising, media, education and activist groups teaching and celebrating transgender ideology, it’s no surprise that the number of children, teens and young adults struggling with this issue has increased. The number of “gender clinics” for children has increased from only one, a decade ago, to more than 40, today. A recent survey from the U.S. Centers for Disease Control showed 1.8% of high school students in 2017 identifying as transgender.

Given that more and more families are facing such gender confusion, I spoke with some members of our Counseling Services team who respond to parents and loved ones dealing with transgenderism. Parents who contact us about this are average moms and dads who love their children deeply. Often their Christian faith undergirds their beliefs about sexual identity. They’re seeking advice to navigate through their own confusion, deal with a parental sense of guilt, and looking for ways to affirm and love their children – without adding to the child’s gender confusion.

Focus on the Family does not offer ongoing counseling, but does provide a one-time consultation where a pastoral or licensed counselor can explore this issue with a struggling parent. Here is some of the basic advice they often give to parents with gender-confused children:

Although this has become a highly politicized issue, our counselors assured me there is hope. Many people have walked out of gender confusion toward wholeness. Younger children, especially, often move toward accepting their bodily, biological sex.

Focus’ Counseling Services also helps parents connect with a local licensed counselor. Some cities and states are moving to ban gender-confused minors from receiving help from a licensed professional. So parents should be aware of the legal status of this kind of help in their state or municipality. Even so, parents can work with counselors to enhance family communication and relationships, to improve parent-child bonding, and even to deal with traumatic events or other mental health issues that often accompany gender confusion.

Finally, our team suggests that parents, family and friends educate themselves about this issue. Our online Transgender Resources page is a good place to start, with numerous articles, FAQs, broadcasts, books and other resources to help parents navigate this difficult issue.

Gillette’s advertisement blithely disregards the struggle that many parents face when a child struggle’s with their sexual identity. Thankfully, we have resources, hope and encouragement for those facing this challenge.

This is the second article in a two-part series on Gillette’s new advertisement featuring a woman – who believes she’s a man – experiencing her first shave. You can access the first article here.