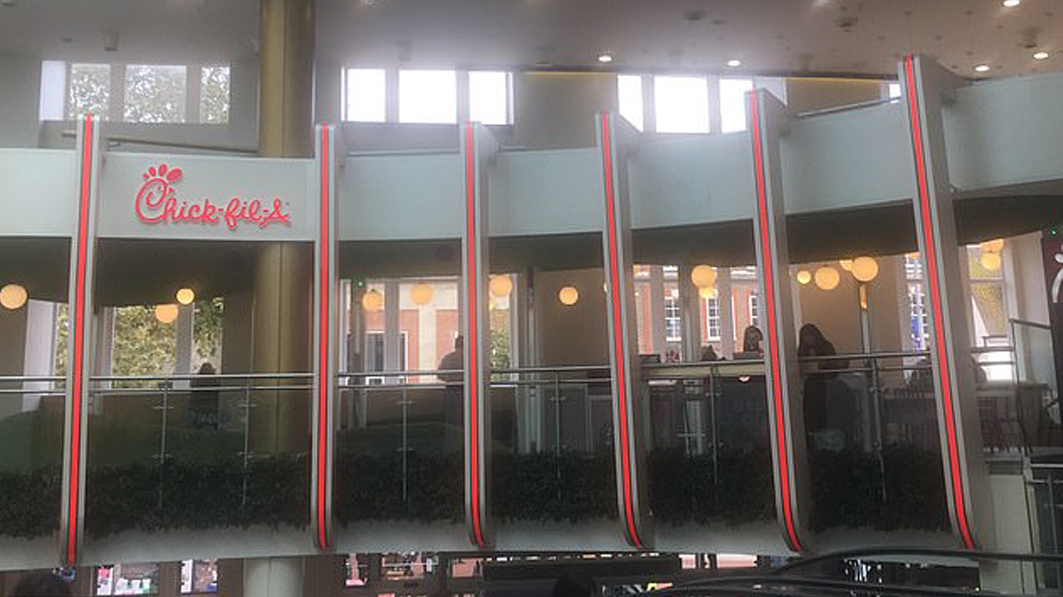 Chick-fil-A opened its first restaurant in the United Kingdom in the town of Reading, about 40 miles west of London, on October 10. Reading Pride, an LGBT activist group, called for a boycott of the restaurant, which was located in The Oracle Shopping Centre.

The group planned a protest for last Saturday, October 19. But even before it could hold its rally, the shopping center caved. The Oracle announced it would not renew Chick-fil-A’s lease when it expires in six months.

Chicken sandwich and waffle fry battles are a familiar story in the U.S., but the first time for the U.K.

In a statement, a spokesperson for the shopping center said, “At the Oracle, we offer an inclusive space where everyone is welcome.” Apparently, the statement was made without a hint of irony or self-awareness.

The spokesperson continued, “We always look to introduce new concepts for our customers, however, we have decided on this occasion that the right thing to do is to only allow Chick-fil-A to trade with us for the initial six month pilot period, and not to extend the lease any further.”

LGBT activists are upset because Chick-fil-A president Dan Cathy declared his support for marriage between one man and one woman in 2012. The company is also under fire because it donated to Christian ministries such as the Fellowship of Christian Athletes, The Salvation Army and the Paul Anderson Youth Home, which works with troubled young men.

In a statement to the BBC, Chick-fil-A said: “Our giving has always focused on youth and education. We have never donated with the purpose of supporting a social or political agenda.” Referring to employees at its 2,400 restaurants, the company said, “There are 145,000 people – black, white; gay, straight; Christian, non-Christian – who represent Chick-fil-A.”

LGBT activist Stephen Ireland was shocked and upset to discover that the restaurant would be opening. He called for a government investigation, saying, “Parliament should be questioning businesses like this that work against the values of our amazing country.”

The UK Pride Network tweeted about the protest, telling Chick-fil-A, “You are not welcome anywhere in the U.K.” Many followers responded with disagreement, signaling that the activist’s tactics may backfire and grow support for the restaurant – as seems to have happened here in America. Despite eight years of protesting, Chick-fil-A was the fastest-growing restaurant chain in the U.S. last year, third in sales with $10.46 billion in 2018. That’s a lot of sandwiches and fries – especially for a restaurant that’s closed every Sunday.

Chick-fil-A Was Banned From This Airport