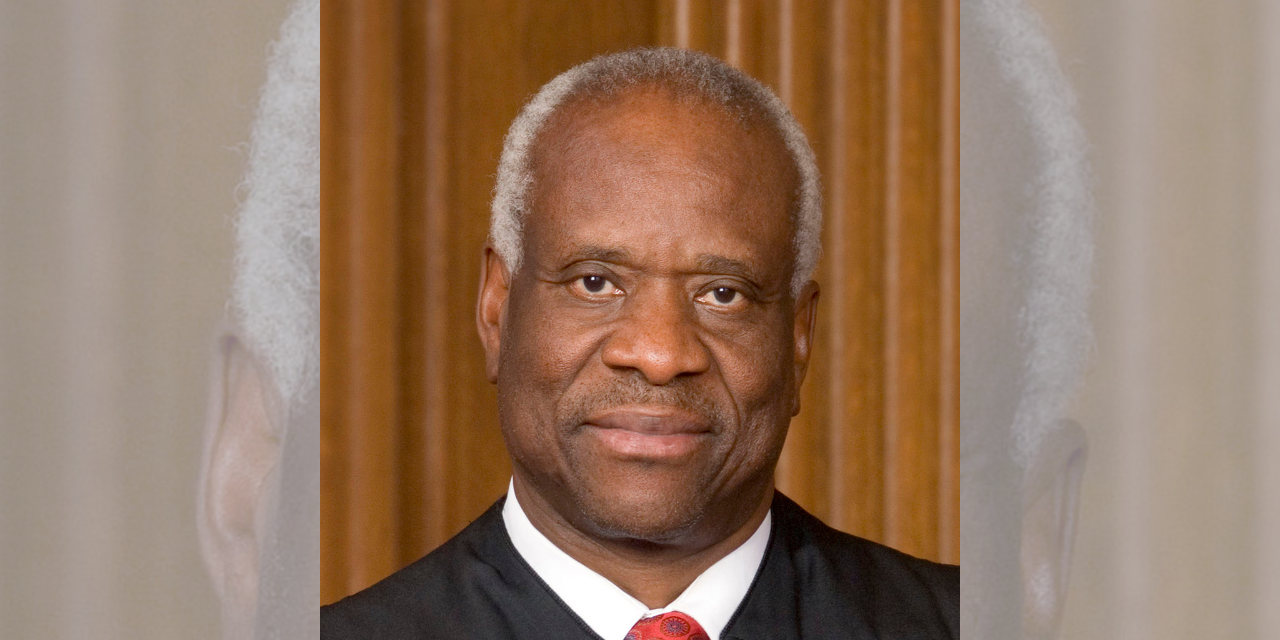 “I wonder how long we’re going to have these institutions at the rate we’re undermining them,” Supreme Court Justice Clarence Thomas told attendees at a legal conference in Dallas, Texas, recently.

The justice was referring, of course, to the now infamous ‘leak’ of a draft majority opinion by Justice Samuel Alito in Dobbs v. Jackson Women’s Health Organization that purports to overturn Roe v. Wade, the 1973 opinion that concocted a constitutional “right” to abortion.

Thomas explained that the high court operates in a climate of mutual trust, where votes and drafts of opinions being circulated are sacrosanct, and only the final opinions become public. With few exceptions along the way in its history, the court has operated well, based on that trust and secrecy.

“Now that trust or that belief is gone forever,” the justice said.

“And when you lose that trust,” he continued, “especially in the institution that I’m in, it changes the institution fundamentally. You begin to look over your shoulder.”

“It’s a kind of infidelity,” the 73-year-old justice added.

It’s not just the Supreme Court where the climate of trust has been eroded. It affects all branches of government, Thomas explained.

“Even the universities have changed,” the justice explained, contrasting his days at Yale Law School where he and his peers could talk and debate any subject and enjoyed a mutual respect, versus what is happening these days at universities across the nation, where conservatives are afraid to voice opinions for fear of being attacked. Ironically, his old alma mater, Yale Law School, could now be among the nation’s worst offenders in that regard.

The leak of the Alito opinion, first reported by Politico on May 2, has resulted in protests at the Supreme court, protests at the homes of some of the conservative justices, and most disturbingly, violence and vandalism perpetrated at churches, pregnancy resource centers and pro-life organizations around the country.

Thomas spoke about the leak shortly after it occurred, at a conference of 11th Circuit judges and lawyers held on May 7 in Atlanta, Georgia.

“[As a society] we are becoming addicted to wanting particular outcomes, not living with the outcomes we don’t like,” Thomas said then. “We can’t be an institution that can be bullied into giving you just the outcomes you want. The events from earlier this week are a symptom of that.”

But his comments in Dallas point to a deeper problem symptomatic of a wider cultural breakdown.

We have forgotten how to disagree without being disagreeable.

As an example of how times have changed, Thomas pointed to the collegiality at the high court as it was constituted during the 11-year period between the time soon-retiring Justice Stephen Breyer was appointed in 1994 until the next new justice, Chief Justice John Roberts, was appointed in 2005. There were ideological divisions during that period, of course, but the justices all got along and enjoyed the work and each other.

“This is not the court of that era,” Thomas said, referring to the current climate at the court. “I sat with Ruth Ginsburg for almost 30 years, and she was actually an easy colleague for me. You knew where she was, and she was a nice person to deal with. Sandra Day O’Connor, you can say the same thing. David Souter, I can go on down the list.

“That court that was together 11 years was a fabulous court. It was one you looked forward to being a part of,” he added.

Thomas laid the blame for the current lack of civility in the culture over the leaked Alito draft squarely at the feet of liberals. He adamantly argued that conservatives do not behave the same way as liberals when they lose.

“You would never visit Supreme Court justices’ houses when things didn’t go our way,” he said. “We didn’t throw temper tantrums. I think it is incumbent on us to always act appropriately and not repay tit for tat.”

He also contrasted the confirmation hearings of justices appointed by conservative presidents with those appointed by liberals.

“[Conservatives] never trashed a Supreme Court nominee,” Thomas explained. “The most [liberals] can point to is [Merrick] Garland did not get a hearing, but he was not trashed.”

One thing Thomas emphasized about his own philosophy of life and judging is that he will, to quote the famous essay of Russian dissident Alexander Solzhenitsyn, “live not by lies.” He urged those in attendance to adopt the motto for their own lives.

“It’s sort of a different version of ‘Tell the truth.’ … I think that we have been allowing people to force us to live by their lies. That they say things that are obviously not true. Obviously not supportable, and we take it as fact and then we move from there.

“That’s why I get in trouble [at the court]. I’m not going to go along with this nonsense. It’s not true, it’s a lie.

“I admit that I have deviated from time to time from where the court is going, but if it isn’t true, I’m not going to go along with it.”

Thomas could well have been thinking about the lie of abortion as he spoke those words. He has gone on record in his judicial opinions, even as recently as 2020, arguing that Roe v. Wade is “without a shred of support” from the Constitution.

And in the upcoming Dobbs decision, he may well have the opportunity to finally see that lie exposed for what it is.