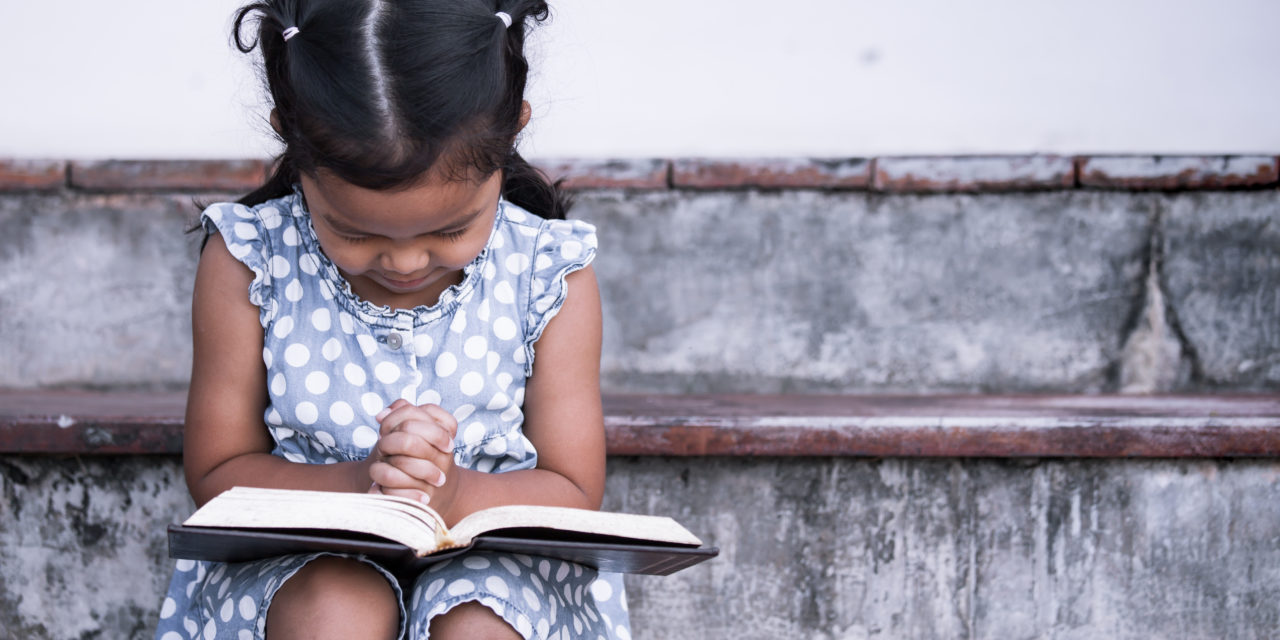 The American Enterprise Institute (AEI), a well-regarded Washington DC-based think tank, has released a carefully researched report on the transfer of Christian faith from parents to their young adult children. There is indeed some bad news in the report, but there is also some very good news for conservative evangelical parents.

Let’s start with the good news.

The American Enterprise Institute explains, “Americans raised in the evangelical Protestant religious tradition have the highest rate of retaining their religion as adults.” Specifically, “more than three-quarters (77 percent) of Americans raised evangelical report that they currently identify that way today.”

AEI also explains, “For as long as [the larger community of sociologists of religion] have been able to measure religious commitments, childhood religious experiences have strongly predicted adult religiosity.” They add, “They still do. If someone has robust religious experiences growing up, they are likely to maintain those beliefs and practices into adulthood.” And the more robust the faith, the better the retention. AEI continues, “Consistent with these past findings, we find that Americans who leave religion had weaker religious attachments in childhood.” In other words, our kids do not hang onto what they were never really given. And stronger faith-based homes do produce stronger faith-based kids. These findings are also supported in two important books published by Oxford University Press, found here and here.

This good news was also revealed in an academic report earlier this year by the Institute for Family Studies (IFS) entitled “Why Are Religious Conservative Parents More Successful at Passing on the Faith?” They explain, “All the findings were consistent: children of religious conservatives are more religious than others, and more religiously similar to their parents.” IFS adds, “This holds even after accounting for other factors we know are important, such as religious tradition or parental political ideology.” The scholar who conducted this research, Jesse Smith from Penn State University, expands, “But my study suggests that, on average, the barrier to passing on the faith is not too much religious socialization, but too little. Taking too light a touch with religious parenting comes at a cost.” Smith continues, “If kids do not receive a clear and consistent message from their parents that religion is important, they are likely to simply conclude that it is not important. …[I]n 2022, if [our kids] do not encounter religion in a serious way at home, they are not likely to get it anywhere else.”

No Faith and Other Faiths

Only sixty-five percent of young adults raised in a home with no faith whatsoever say they have remained either agnostic or atheistic. This means that non-believing adult children are more likely to leave their non-belief for faith than believing kids are to leave their childhood faith for non-belief. This research shows this is especially true for evangelical kids. Their faith is more likely to stick. Unfortunately, the retention rate of non-believing children into adulthood has increased by nearly 20 points over the last 15 years according to the AEI study.

Faith retention rates for mainline Protestants was remarkably lower with 62 percent of Americans raised mainline Protestant saying they still held to their childhood faith and this has been declining markedly. Children raised in Catholic homes retaining their faith have not declined in the last few decades, but are lower at 59 percent. Sixty percent of Jewish Americans say they still retain their childhood Jewish faith. Again, this is all markedly lower than the 77 percent retention for evangelical homes.

What is more, the AEI study finds citizens who are religiously active “are far more” engaged in community life than those who never or seldom attend church. And regularly religiously engaged people who are also college educated “tend to exhibit the highest levels of civic engagement.”

The bad news is that disbelief among young adults continues to grow across the board.

The American Enterprise Institute explains, “American religious identity has experienced a near-continuous decline over the past three decades.” And “Gen Zers report being much less involved in regular religious activities during childhood.” What is more, they explain there “is little evidence to suggest that Americans who have [totally] disaffiliated [from faith] will ever return.”

Those leaving their childhood faith tend to have more difficult lives in adulthood, which is tragic. This AEI report explains,

Americans who report leaving their formative religion report more significant personal hardship than those who were raised – and remain – religious. This is particularly true for Americans who disaffiliate from more conservative religious traditions: 39 percent of Americans raised evangelical Protestant but who no longer identify with [it] say they feel lonely or isolated from people around them most or all of the time. In contrast, only 23 percent of former Catholics say the same.

But again, children living in homes that practice a warm and sincere faith in daily life are far more likely to retain that faith into adulthood. The most rigorous university-based research over the past decades has proven this time and again.

The American Enterprise Institute data also finds that political conservatives are more likely to hang onto their faith compared to their more liberal peers. They explain “only 35 percent of liberals said they were members of a church or other place of worship.” This decline has increased for political liberals dramatically over the last few decades. And while faith is declining among conservatives, it is falling much more slowly there.

This mainstream academic research speaks to the importance of a biblical, evangelical faith, warmly engaged, intentional parenting, and a more conservative political perspectives. Each of these positively impact the degree to which our kids experience the Christian faith and carry it into the next generation.

Parents, your hard, faithful witness before your children is not for nothing. The best research makes this very clear. Keep at it with confidence and perseverance!

The Myth of the Dying Church: How Christianity Is Actually Thriving in American and the World