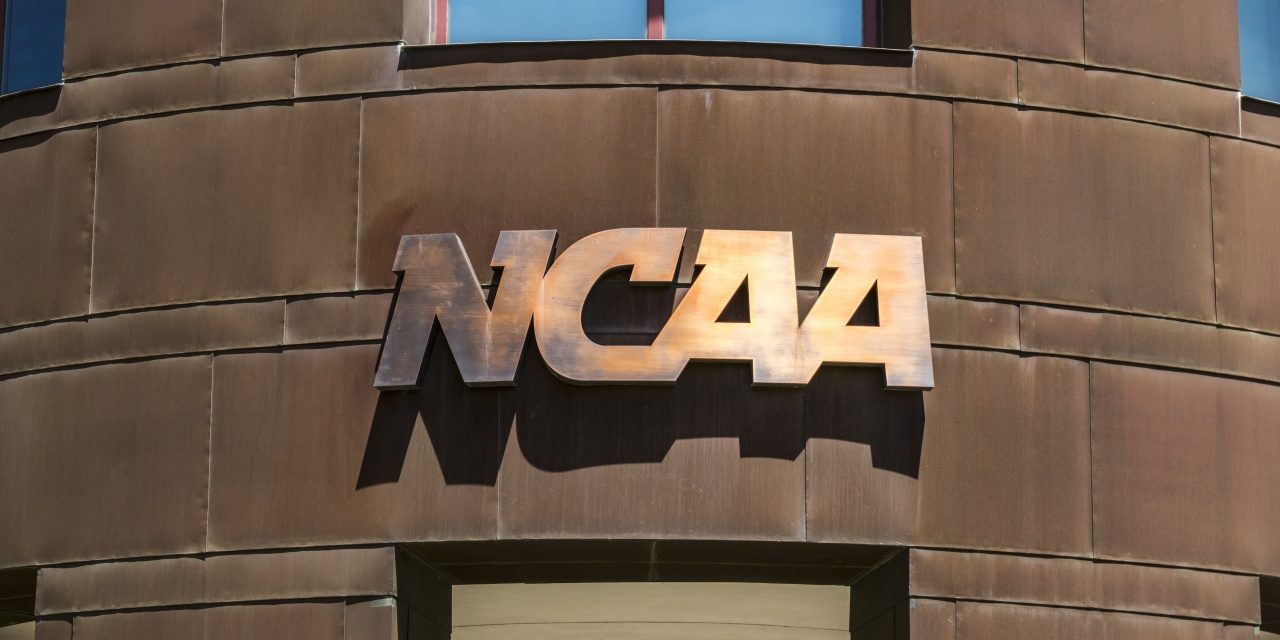 The NCAA released a statement endorsing transgender-identified athletes participating in college sports based on their “gender identity,” rather than their biological sex. The statement reads, “The NCAA Board of Governors firmly and unequivocally supports the opportunity for transgender student-athletes to compete in college sports. This commitment is grounded in our values of inclusion and fair competition.”

The NCAA also warned states that pass legislation to protect women’s sports, saying, “When determining where championships are held, NCAA policy directs that only locations where hosts can commit to providing an environment that is safe, healthy and free of discrimination should be selected.”

When questioned by The Daily Citizen about the statement, NCAA’s Associate Director of Communications, Gail Dent, pointed to the transgender handbook from its Office of Inclusion, “NCAA Inclusion of Transgender Student-Athletes,” published in 2011.

The guidelines state that female athletes who believe they are male (also called “trans male,” “female to male” or FTM) and receive testosterone may compete on a men’s team and are no longer eligible for women’s sports. Male athletes who think they are women (“trans female,” “male to female” or MTF) must receive testosterone suppression treatment for a year before competing on a women’s team.

The NCAA says its policies “should be based on sound medical knowledge and scientific validity.” We asked the organization about the physiological basis for having separate sports competitions for men and women and whether male-female biological differences disappear with hormone suppression and opposite-sex hormones.

Again, Dent pointed to their transgender handbook and to this article about a recent NCAA summit on “gender identity and student-athlete participation.” The handbook lists many LGBT activist organizations and their allies who espouse gender ideology.

The NCAA guidelines offer a quote from Dr. Eric Vilain, director of the Center for Gender-Based Biology and Chief Medical Genetics Department of Pediatrics at UCLA. He said, “Research suggests that androgen deprivation and cross sex hormone treatment in male-to-female transsexuals reduces muscle mass; accordingly, one year of hormone therapy is an appropriate transitional time before a male-to-female student-athlete competes on a women’s team.”

Common sense tells us that cross-sex hormones don’t turn a man into a woman. As Save Women’s Sports recently tweeted, “It doesn’t take a scientist or doctor to know that if a male athlete lowers their testosterone level, it does not make them a female athlete. Women are not a hormone level.”

Recent research also suggests that testosterone suppression does not erase male-female differences. ScienceDaily reported on a new study with findings that “indicate that while hormone treatment was associated with changes in athletic performance, transgender women still retained a competitive advantage 2 years later.”

When an international sports organization, World Rugby, was recently considering the question of biological males playing women’s rugby, they developed a policy which states, “Transgender women may not currently play women’s rugby.”

Why did they come to this conclusion? “Because of the size-, force- and power-producing advantages conferred by testosterone during puberty and adolescence, and the resultant player welfare risks this creates.” The organization found that “testosterone suppression required by previous transgender regulations does not significantly impact muscle mass, strength or power.”

World Rugby does not let women who live as men play men’s rugby, unless they “confirm they understand any increased risk to themselves” and have “an experienced independent medical practitioner” who confirms “that the player is physically capable of playing men’s rugby.”

While the NCAA doesn’t understand that inherent male-female differences aren’t erased by transgender interventions, they also oppose the more than 30 states that are considering or have passed legislation to protect women’s sports.

In addition to these sports bills, many states are working to protect children from experimental transgender medical interventions and to protect privacy in single-sex restrooms, locker rooms and dressing rooms. Activist groups like the ACLU call these “anti-trans bills,” saying:

“These measures target transgender and nonbinary people for discrimination, such as by barring or criminalizing healthcare for transgender youth, barring access to the use of appropriate facilities like restrooms, restricting transgender students’ ability to fully participate in school and sports, allowing religiously-motivated discrimination against trans people, or making it more difficult for trans people to get identification documents with their name and gender.”

The Daily Citizen asked the NCAA, “The organization appears to be threatening states that want to preserve women’s sports for biological females. Is the NCAA now a political organization? Why is it taking this position toward state legislative activity?”

We were again pointed to the transgender guidelines and the recent summit on gender identity and sports. Additionally, Dent said, “If you look back through history, you can see when the NCAA added women’s championships from a historical standpoint for competitive equity and opportunity.”

But a recent article in The Wall Street Journal tells a different story, with the NCAA fighting against equality and opportunities for women. As sports reporter Laine Higgins writes, “The NCAA actively resisted Title IX and argued in court that it should not apply to intercollegiate athletics, a bid it would ultimately lose in 1978.”

Higgins explains that the Association for Intercollegiate Athletics for Women was founded in 1971 and was “the dominant governing body for women’s collegiate athletics” until it “lost a bruising legal battle with the NCAA that sunk the organization in 1982.”

Christians must love and respect those struggling with sexual identity confusion – but we don’t have to agree with them or support policies that take opportunities from women and endanger them. We know that males and females have a great deal in common, but they are different – physically, psychologically, emotionally, and relationally. Those differences should be celebrated and enjoyed.

The Wall Street Journal: Women’s College Sports Was Growing. Then the NCAA Took Over