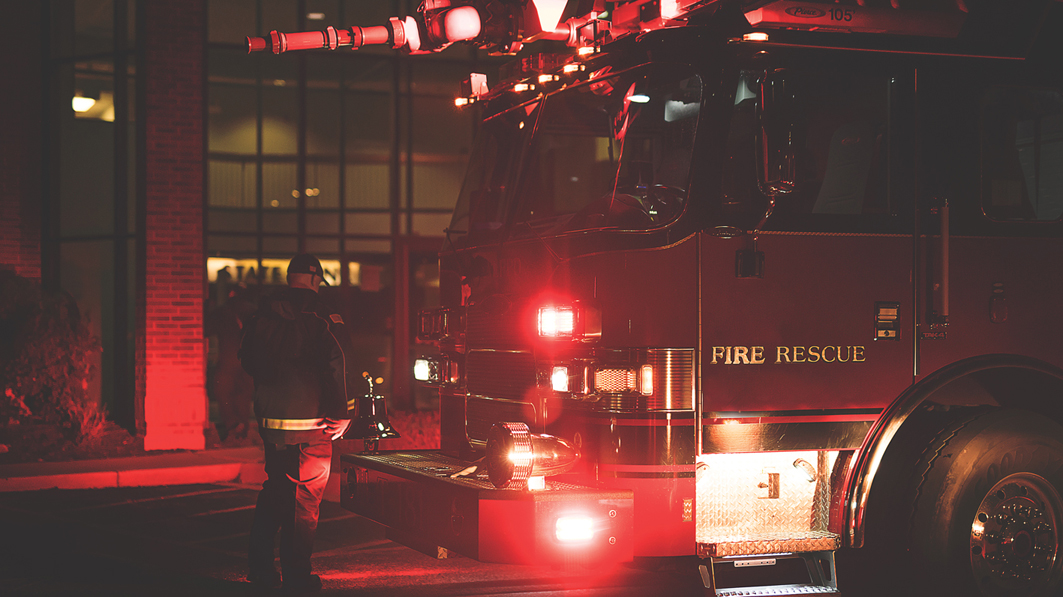 If you’re not a first responder—for example, a police officer, a firefighter, an emergency medical technician or member of the military—try to imagine what it’s like for those who are. The things you see. The situations you deal with. The continual awareness that, while you may not encounter the worst things every day, you can encounter them any day, at any time, and it’s only a matter of time until you do.

Then consider that, no matter how you try to imagine, you really can’t. There’s too much you can’t understand if you haven’t lived it.

Then consider just how easily some people who bear the burdens of first responders could fall into substance abuse. Or how hard it would be for them not to.

Even if they were in a more conventional profession, the numbers say it would be a widespread affliction.

“Studies show more than 9 percent of Americans have a propensity for addiction,” says David Marlon, regional vice president of Nevada for American Addiction Centers. “If you have 1,000 police officers in a county, that’s 90 of them. That’s huge.”

Mental-health professionals widely agree that substance-abuse rates among first responders are considerably higher than that–though how much higher is hard to say. By the nature of the problem, people who struggle with substance abuse often won’t let that be known if they can avoid it. And by the nature of their jobs, first responders—the people who are most devoted to helping others—can be some of the people least willing to admit that they need help themselves.

“There’s a whole cultural issue with first responders,” say Marlon, who’s also CEO and cofounder of Solutions Recovery, a treatment center in Las Vegas. “Their jobs, culture and perspectives are very different from our other clients.”

That culture is characterized by a tough-guy mindset, says Joseph Bradley, a former police officer who is now director of the Chronic Pain and Chemical Dependency program at Solutions Recovery.

“It’s a field where the assumption is that you’re supposed to brush it off, work through it and move on,” he says. “It’s not exactly encouraged to share how you’re feeling, especially when it’s vulnerability or pain. You’re supposed to just get back to work and do what you need to do.”

The irony, Bradley says, is that coworkers in many ways are uniquely suited to these conversations. First responders typically don’t like to bring their problems home to discuss with family members. With some reason, they also feel that people outside their profession can’t understand what they see and go through. So they naturally tend to hang out with people who do the same sorts of jobs.

And yet, “You can’t be overly verbal with co-workers about what you’re feeling,” Bradley says. “Let’s say you’ve shared with your peers how you’re struggling—how you can’t sleep or you’re anxious or have problems at home. It can cause them not to trust you as much. It can hurt your ability to be promoted.

“So when you’re alone and there’s a substance that gives you instant gratification and relief, it’s not hard to see how you’d turn to it.”

As happens with so many other Americans, that substance may well come from a doctor, at least at first. First responders face special risks of injury. Opioids are common prescriptions. And common traps—in more ways than one.

“It helps them with the physical pain,” Bradley says. “But they quickly discover that it helps sedate their emotions as well—their feelings of anxiety and stress.”

When dependency reaches the point of seeking illegal drugs, that’s yet another trap, especially for those who work in law enforcement.

“It’s hard enough to admit a problem with a legal substance like alcohol,” says Sonny Silva, a retired corrections officer in Massachusetts who now helps law-enforcement personnel who are dealing with substance abuse. “When you’re getting something illegally and you’re in law enforcement, how do you admit it?”

That’s a challenge Silva faces when urging his comrades to get help. (For more on his work, see page 37.)

“You’re looking at your whole career going down the tubes. Do I come forward and say, ‘Hey, I need help?’ Or do I try to take care of it myself so I don’t lose my job?”

Learn more about the risks fentanyl poses to first responders by visiting https://bit.ly/2s1Hs8r.