Minnesota’s teacher licensing board is in the process of adopting new standards that require teachers to be trained about, affirm and promote critical race theory (CRT), transgenderism and homosexuality in order to teach in the state.

The state’s Professional Educator Licensing and Standards Board (PELSB) has been in the process of updating licensing standards since 2019. In 2020, the board began requiring teachers renewing their license to have something they are calling “cultural competency training.”

The guidelines mean that all new teachers, as well, will have to meet that same requirement. Colleges that offer teacher training programs will have to follow the guidelines – including Christian colleges and universities.

And, of course, those ideologies will be passed on to students from pre-kindergarten to 12th grade.

As a result, the Upper Midwest Law Center (UMLC) plans to sue when the standards are finalized, reported Joy Pullman at The Federalist. UMLC President Doug Seaton said that “teachers are going to have to be faced with hiding their beliefs or getting denied [for a state teaching license].”

Seaton said the regulations communicate, “Christians, Muslims, and Jews need not apply for Minnesota teaching jobs,” and this is unconstitutional.

In the proposed standards, PELSB defines the required training this way:

The standards use language and concepts straight out of CRT, such as “equity,” “intersectionality” and “systemic racism.” Among other things, CRT is a theory that teaches:

Under “Standard 4. Planning for instruction,” the new requirements tout that activism for both students and teachers, stating:

The teacher creates opportunities for students to learn about power, privilege, intersectionality, and systemic oppression in the context of various communities and empowers learners to be agents of social change to promote equity (emphasis added).

PELSB lists the “Standards of Effective Practice,” which include: “Standard 8. Racial consciousness and reflection.” Teachers must understand and teach:

Rather than encouraging students to understand subject matter and pursue academic excellence, the new standards require schools and teachers to “self-reflect” on their own biases and pursue “equity,” or “equal outcomes.”

Proponents of equity explain that it is different from equality, where everyone is treated the same or has the same opportunities. Equity means treating different groups differently so that “we all end up at the same place.”

For CRT activists, all the world is viewed through the reductionist lens of racism and intersectional identities, and any unequal outcomes are rooted in institutional racism and oppression.

Teachers are to be trained in this identity politics, incorporate it into their teaching and affirm students’ “backgrounds and identities,” including sexual and gender identities.

The “Standards of Effective Practice” includes “Standard 2. Learning environments,” where a subpoint states:

The teacher fosters an environment that ensures student identities such as race/ethnicity, national origin, language, sex and gender, gender identity, sexual orientation, physical/developmental/emotional ability, socioeconomic class, and religious beliefs are historically and socially contextualized, affirmed, and incorporated into a learning environment where students are empowered to learn and contribute as their whole selves.

This means teachers must affirm homosexuality and transgenderism, and they must incorporate these modern social constructs into their learning environment.

The proposed standards require teachers to affirm “the validity of students’ backgrounds and identities.” Educators must also understand “multiple theories of identity formation” and know how to “help students develop positive social identities based on their membership in multiple groups in society” – including the ever-expanding number of sexual identities.

In comments on the standards, Seaton explained the effects on teachers and colleges with biblical views on sexuality:

He explained that the requirements forced people “to speak the PELSB’s chosen beliefs as an established creed and live them out in order to have a job.”

The new standards are expected to go into effect before spring, The Federalist reported. 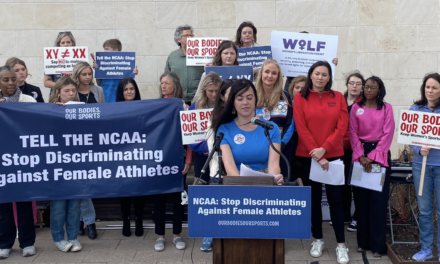 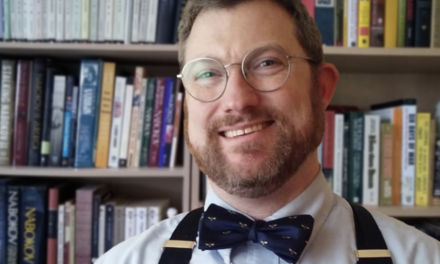