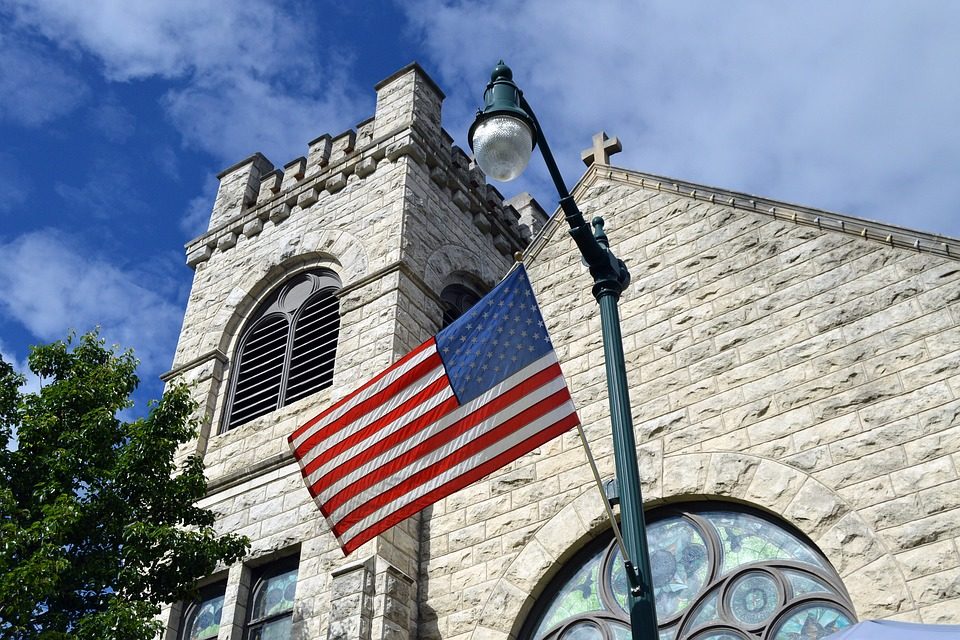 Stop me if you have heard these before. “We have a separation of church and state.” “You can’t use your religion to inform public policy.” “Keep your religion to yourself.” “We are not a theocracy.” I’ve heard statements like this more often than I can count. The notion that people of faith cannot use their religion to inform their political views is a common one.  But is it correct? Is it actually what the phrase “separation of church and state” is meant to imply? Let’s take a look.

Recently, we have seen open hostility against religious people who are trying to serve their country. A sitting U.S. Senator questioned whether a Catholic woman could serve as a federal judge simply because she was Catholic, stating “The dogma lives loudly within you.” Another Senator interrogated a nominee about his traditional, Christian beliefs regarding salvation, and then opposed the nominee because of his faith. Is this kind of open hostility towards orthodox Christianity what this metaphorical wall of separation requires? To find out, let’s examine where the phrase originated.

On January 1st, 1802, Thomas Jefferson sent a letter to the Danbury Baptist Association where he stated, “I contemplate with sovereign reverence that act of the whole American people which declared that their legislature should ‘make no law respecting an establishment of religion, or prohibiting the free exercise thereof,’ thus building a wall of separation between Church and State.”

In the 1879 Supreme Court case Reynolds v. United States, the Court first borrowed the phrase from Jefferson and introduced it into constitutional law. The Court wrote that Jefferson’s letter “may be accepted almost as an authoritative declaration of the scope and effect of the [first] amendment thus secured.” In 1947, in Everson v. Board of Education, the Supreme Court wrote that “The First Amendment has erected a wall between church and state. That wall must be kept high and impregnable. We could not approve the slightest breach.”

Now, many people misunderstand what Jefferson meant with the phrase. Most assert that this meant religious politicians cannot use their religion to inform their position on public policy. Yet, not even Jefferson understood it that way. Renowned scholar Daniel Dreisbach writes that Jefferson “endorsed the use of federal funds to build churches and to support Christian missionaries working among the Indians.” Does that sound like a high and impregnable wall? Hardly. “The absurd conclusion that countless courts and commentators would have us reach is that Jefferson routinely pursued policies that violated his own ‘wall of separation.’”

Indeed, on Sundays during his presidency, Thomas Jefferson would ride on horseback to attend church services in the United States Capitol. “In attending church services on public property, Jefferson… [was] offering symbolic support to religion as a prop for republican government.”

Indeed, Martin Luther King Jr., in his famous Letter from a Birmingham Jail argued for the necessity of viewing government through a religious and moral lens. Without religion and morality influencing government, we would be left with unjust laws, like the Jim Crow laws which enforced racial segregation.

Rather than arguing that religion can play no part in the creation of laws, King argued the opposite. He believed that to be truly just, a law must comport with the ‘law of God’, which is found in religion.

Far from questioning the ability of Christians to hold public office, the government should welcome people who hold fast to their faith. Truly just laws need moral influences, and morals can only be rooted in religion. As George Washington said in his farewell address in 1796, “Let us with caution indulge the supposition, that morality can be maintained without religion.”

People of faith should use their religion to inform their political views. Politicians should use their religion to inform their view on policy. And voters should vote for candidates that align with their faith. This is not because we are a theocracy, but because we are a moral and religious people. To do anything else, would rob Americans of a well ordered and just society.