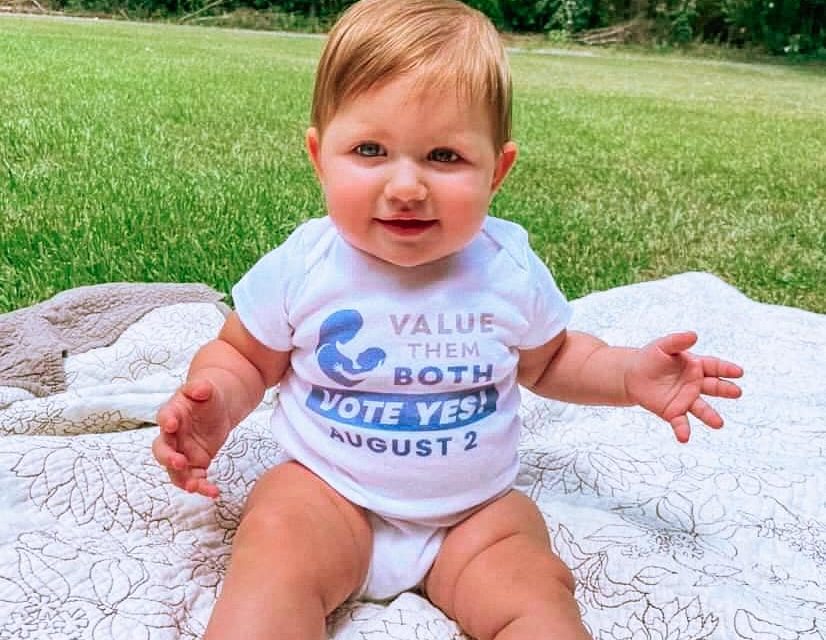 This week Kansas became the first state in the nation to vote on abortion policy since the reversal of Roe v. Wade. Unfortunately, the abortion lobby was successful in spinning a narrative that convinced a majority of voters in Kansas to keep the judicially invented right to an abortion in the state constitution.

The amendment, which would have returned the authority of abortion policy-making to the state legislature, failed by a vote of 58% to 41%.

The election results should be a wake-up call for the pro-life movement. Yes, Roe has been overturned, but nothing is guaranteed when it comes to abortion policy, even in a typically pro-life state.

Abortion activists won because they controlled the narrative in Kansas in two very important ways.

And these figures don’t account for all the dark money undoubtedly pouring into the campaign efforts.

Planned Parenthood isn’t short of funds to secure its business model either. This past March, Planned Parenthood received the largest donation in its history when the founder of Amazon, Jeff Bezos’ ex-wife, MacKenzie Scott, donated $275 million to the organization.

And, in the case of Planned Parenthood, let’s be honest, they’re in the business of selling abortions. They are very motivated to preserve their business model’s financial success and secure their political influence.

This amendment would not have banned abortion outright. It would have neutralized Kansas on abortion policy.

In 2019, the Kansas Supreme Court created a so-called right to an abortion in the state constitution. This amendment would have restored power to the people and their elected representatives to make laws regarding abortion.

At no time were the people of Kansas voting to ban abortion, but the abortion lobby was quite successful at selling that false narrative.

While it’s true that most Americans are uncomfortable with enacting complete bans on abortion, it’s also true that a majority of Americans do not support late-term abortion, which is a widely-accepted and promoted policy position among the abortion lobby.

The truth is the abortion industry’s position on abortion policy is so out of step with most Americans that they have to campaign on misinformation to win. And that’s what they did in Kansas.

The Value Them Both Coalition, which advocated in support of the constitutional amendment, released the following statement regarding the election results, “While the outcome is not what we hoped, our movement and campaign have proven our resolve and commitment. We will not abandon women and babies.”

The statement continued, “This outcome is a temporary setback, and our dedicated fight to value women and babies is far from over. As our state becomes an abortion destination, it will be even more important for Kansans to support our pregnancy resource centers, post-abortive ministries, and other organizations that provide supportive care to women facing unexpected pregnancies.”

The pro-life movement is much bigger than this one election outcome. And while we are discouraged by this election result, we will not lose hope. We will continue to fight the good fight for mothers and their babies because it’s the right thing to do. Because human life is always worth protecting.