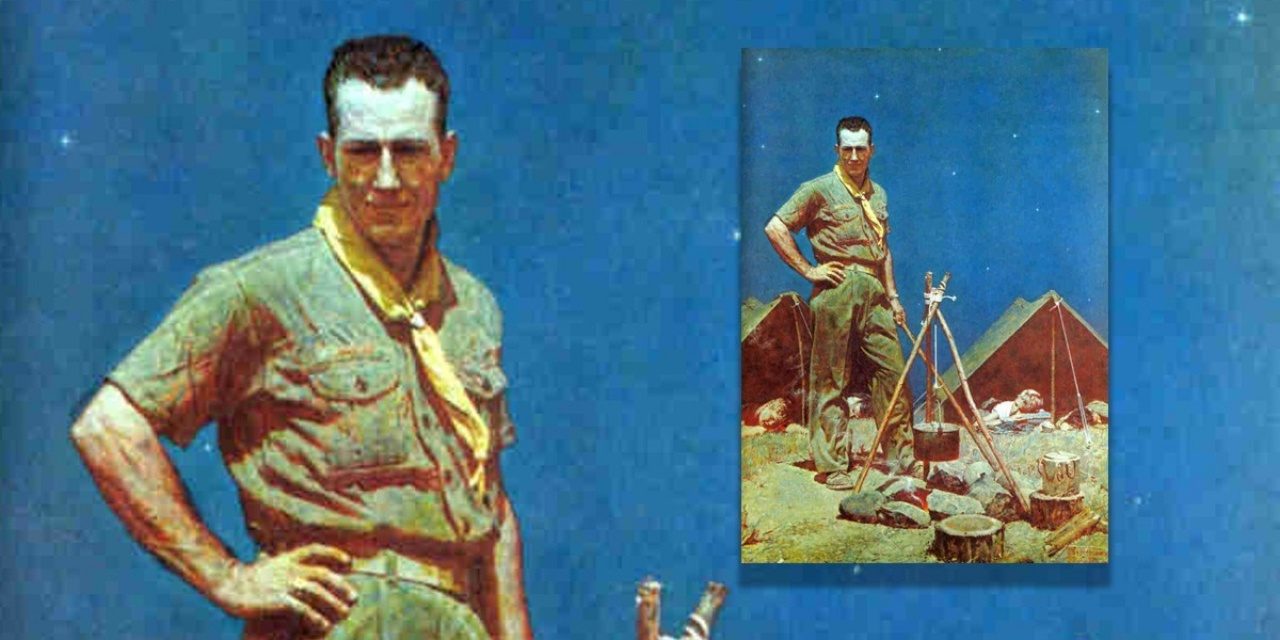 Facing the prospect of settling more than 82,000 claims of sexual abuse, the Boy Scouts of America announced plans earlier this week to auction off nearly 60 paintings originally commissioned by the famed illustrator Norman Rockwell.

The Boy Scout–Rockwell collaboration and partnership dates back over one-hundred years to 1912, when the fledgling organization hired the then young artist to illustrate the “Boy Scout’s Hike Book.”

Between 1912 and Rockwell’s death in 1978, the nobility and frivolity of the scout’s mission were a popular theme for the artist, whose images of young boys and their leaders graced the covers of the Saturday Evening Post, Boy’s Life and other national publications.

Like so many Americans, I grew up in a scouting family. As the youngest of five children and three older brothers, the school year seemed to revolve around camping trips, merit badge pursuits, pancake breakfasts and Saturday night spaghetti suppers at St. Peter’s Evangelical Lutheran Church in Baldwin on Long Island.

My father wasn’t the scoutmaster, but he was an involved parent. Before I was old enough to join, he’d allow me to tag along for special events at St. Peter’s. The troop held breakfasts, dinners and award ceremonies in the church gymnasium. Hanging in the hallway outside the gym was a print of one of those Norman Rockwell paintings that the Scouts are now selling off.

It was titled, “The Scoutmaster,” and it dates back to 1953. I was drawn to that painting, but at five or six, couldn’t have really told you why. If asked, I probably would have suggested it captured the excitement of camping – sleeping in a tent under a wide open sky, the sweet aroma of a campfire wafting out in the late evening air.

Yet, I’m quite sure that I was subconsciously drawn to what is implied but not articulated in that emotive canvas.

Looking at it again, I’m sure I was attracted to the friendship factor, the chance to spend time with boys my age. They look so peaceful and content, no doubt exhausted after a long day of adventures.

Yet, I’m sure I especially liked the fact that a scoutmaster was there, watching over not just the smoldering fire but also ensuring the overall safety and security of the boys in his care.

Just look at him. Strong, confident and sober-minded. He seems somewhat lost in thought, undoubtedly well aware of the responsibilities that come with not only keeping kids safe – but also his role in helping raise the next generation.

“Those Scoutmasters truly have something,” Norman Rockwell said. “I have admired their skill as I have watched them work with boys. Talk about good Americans, doing things for their community. They’re doing it.”

Rockwell always painted from photographs. The scoutmaster featured in that classic illustration was a real one. His name was Marshall Ammerman. He was from a troop in New Jersey, but Rockwell found him at the National Jamboree, which was held that year in Irvine Ranch, Calif.

There is tragic irony in the fact that the Boy Scouts are selling off such idealistic imagery to make amends for devious and evil acts. Just consider some of the titles of the other classic works of art: “On My Honor,” “The Right Way,” and “I Will Do My Best.”

As Rockwell alluded to, scoutmasters and others involved with mentoring and encouraging young people have always played a starring role in American life. Most of us can name one or many, those individuals who inspired and showed us the right way along tough and treacherous roads.

Many of us whose lives have been positively influenced by scouting grieve for the victims of sexual abuse, along with the sad trajectory of the current movement. When a once storied organization begins to slide, its wake both devastates and diminishes many innocent victims along the way.

I’m grateful for the rise of both Trail Life USA and the American Heritage Girls – Christian alternatives to both the Boy Scouts and Girl Scouts. These dedicated groups help fill the deep void left by the moral and cultural deterioration of the organizations that shaped our lives. These new upstarts don’t just teach raw survival skills but rather skills that matter most of all: Christian faith, character and integrity, to name just a few.

If you have children of scouting age, you might want to explore whether either of these groups would be a good fit for your family.

If Norman Rockwell were still alive, he would find many ideal images and subjects worthy of his canvas in either organization.