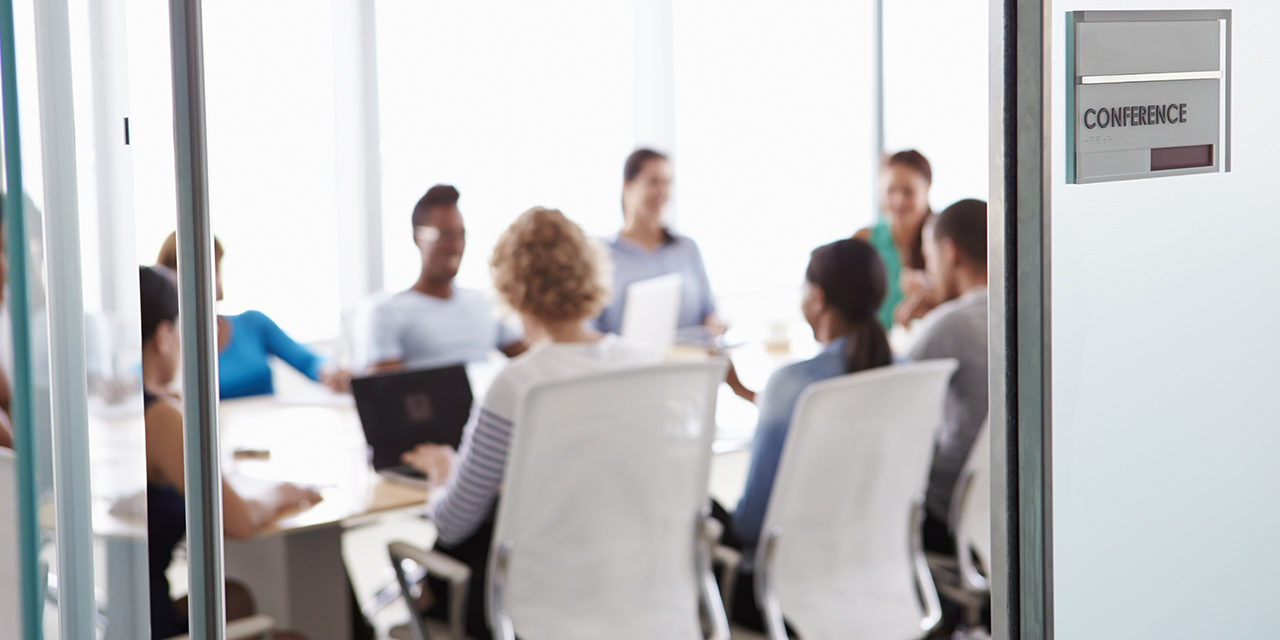 While 2020 will obviously go down as “The COVID Year” (..and we hope 2021 will not!), it will also be known as the year we all had to get used to conducting nearly all of our business via Zoom or Microsoft Teams. And while the lockdown had us working by screen each weekday, it also has too many of us still worshiping by mediated screens every day, thus, not having a day of Sabbath rest.

A few of us have taken to these new ways of interacting like a fish to water. Others not so much. Most of us have learned to just “make do” though, eagerly waiting for life to return to normal.

At Focus on the Family, where I have worked for decades as a research analyst, we all worked from home since March of 2020. In late July we began reporting back to work in rolling numbers over rotating days throughout each week. It was nice to get reacquainted with long-lost colleagues again.

But in August, with our county’s uptick in Covid cases, we had to resume a full work from home practice. Then in October, we went back to the rolling days.

In this slow and hopeful transition back to what life was like before it all changed so dramatically, employees at our virtual “stand-ups” have regularly asked Focus president Jim Daly and our leadership if working from home might become the new norm for the ministry.

“It’s worked for a year, why not let it keep working?” they figure.

We have all enjoyed parts of this new way of working, and Jim Daly and the team understands the desire of some to want to make it permanent. It allows for more freedom, no commute, and probably even more productivity in terms of plowing through one’s to-do list. And it blends work and family together, literally, with our little ones running underfoot as we work. Some large ministries here in Colorado Springs, long referred to as the Evangelical Vatican, have decided to keep their employees home permanently. They are downsizing their headquarter buildings, or selling them outright.

But Focus is going a different route.

Because of the specific kind of work we do, and the nature of it, leadership asked us to consider whether it really matters where and how we get our work done? Afterall, different kinds of work call for different work situations.

Are we simply productive cogs or a community of collaborative creators?

Even more importantly, does our Christian faith have anything to say on the matter?

Of course, nothing in Scripture, or in any tradition of Christian practice, indicates one way or the other about telecommuting and remote work. But that certainly does not mean our faith is silent on the matter and it is why Focus is planning a full return to the office on June 1st.

Some of us have been working regularly from the office for months, but the primary reason for our decision to return as a full team in a few weeks can be summed up in one word that is wholly unique to Christianity: incarnation.

This is the reality that God showed up in the flesh. Actually, and literally.

Remaining fully God, Jesus became fully man, living among humanity bodily as a real person from Nazareth. Incarnation is the first and primary energizing fact of Christianity. C.S. Lewis famously referred to God’s coming in this way as the Grand Miracle, “the central event in the history of the Earth – the very thing that the whole story has been about.”

When you look at the story of Christianity and its active ingredient, the world-changing difference it makes in the world, it all starts with Someone showing up in the flesh and then dwelling among us. And He did so for decades, not just moments.

Thus, Christians are fundamentally incarnational people. We are a body and a body is physical. It dwells together. Christians are not mediated Gnostics and we cannot pretend that mediated, disembodied Gnosticism is just another way of doing life together. It is not life. And it certainly isn’t together.

Already over the last few weeks, I have had what started out as “Hey, good to see you again!” hallway greetings with folks from other teams I have not seen in months that effortlessly evolved into larger creative discussions on new strategic ideas that will enhance our ministry’s work and creativity. Ideas can certainly happen over a Zoom call, but in person, much more takes place. We all know it’s true. It’s the power of incarnation, Christianity’s defining quality.

There is something very special, even Divine, about sharing actual, physical space with another human being. The ways your eyes connect and respond to theirs. The way their facial expressions impact yours… for good and bad. The innumerable ways that the most subtle forms of body language add to the experience of understanding the other person.

Physical presence welcomes us into the others’ emotions, creativity, ideas, and experience in innumerable matchless ways. It took being quarantined for months on end for each of us to recognize in totally unexpected ways how living and communicating behind screens and masks hinder what it means to be human in so many ways. Even while we all managed to get our to-do lists completed, week after long week.

God is the communal origin of Father, Son and Holy Spirit, doing His work, so to speak, together, in union. “Let us create…” In the fourth book of Mere Christianity, in the section entitled “Good Infection,” Lewis explains the absolute significance of this in the very fact that Christians as Trinitarians,

…believe that the living, dynamic activity of love has been going on in God forever and has created everything else. And that, by the way, is perhaps the most important difference between Christianity and all other religions: that in Christianity, God is not a static thing – not even a person – but a dynamic, pulsating activity, a life, almost a kind of drama. The union between Father and Son is such a live concrete thing that this union itself is also a Person.

Of course, this third Person Lewis speaks of is the Holy Spirit. Lewis continues,

I know this is almost inconceivable but look at it thus. You know that among human beings, when they get together in a family, or club, trade union, people talk about the “spirit” of that family, or club, or trade union. They talk about its “spirit” because the individual members, when they are together, do really develop particular ways of talking and behaving which they would not if they were apart.

Lewis explains this communal nature of God and humanity made in His image “matters more than anything else in the world.” This is because,

The whole dance, or drama, or pattern of this three-Personal life is to be played out in each of us: or (putting it the other way round) each of us has got to enter that pattern to take his place in that dance. There is no other way to the happiness for which we are made. …If you want to get warm, you must stand near the fire: if you want to be wet, you must get into the water. If you want joy, peace, power, eternal life, you must get close to, or even into, the thing that has them.

This glorious and uniquely Christian truth is why nearly every one of us have powerfully realized why Zoom calls are no substitute for being in the same physical location together. Being able to call out to a workmate over the cubicle wall for an idea or an email address. To be able to almost unconsciously be aware of what they are working on, how they are doing it and what successes and troubles they are experiencing just by being within ear or eye-shot of them. By experiencing body and sounds. To being able to chat about the important and interesting bits of the mundane with a co-worker while warming up last night’s lasagna in the breakroom.

We are made to be with others because that is God’s very nature. The image in which we are made.

It’s what God is and how He does His work. In fact, Charles Williams, one of Lewis’ Inkling friends, once said, in an interesting and completely orthodox turn of Scripture, “It is not good for God to be alone.”

Jonathan Edwards, the great puritan divine and the third president of Princeton University understood this in saying “God is within Himself a holy society.” Humanity is created by Others in interpersonal and localized cooperation to be creative in localized cooperation with others. That happens via physical incarnation, not electronic mediation.

How has a year of wearing masks in public demonstrated to us how important, and even holy, the human visage is? Yes, our masks fog up our glasses and make us breathe funny. But that is a mere nuisance. The really frustrating thing that all of us have learned daily is how masks literally “distance” us psychologically and emotionally from the other person. We want to see their eyes light up in unison with their mouths as they smile. Easy jokes and chit-chat with the clerk at the store are just not as pleasant when we can’t see what their mouth is doing in unison with their cheeks, eyes and brows.

A year of masks has shown us how much we “listen” with our eyes as much as our ears. Masks have demonstrated to us that human communication and communion are much more than mere words enunciated well. Our faces, our eyes, our lips communicate just as fully and powerfully as our words and diction do. Mask certainly do hide more than just our face. They hide a significant part of our personality and souls, do they not?

Post-COVID life must become incarnational again. Christians have known theoretically that humanity is incarnational and not gnostic. That physicality and presence matter in supernatural ways. It took one year of locking-down and masking-up to remind us just how true this is in so many expected and unanticipated ways. Others are realizing it too, of course. They just don’t appreciate the divine origins of the importance and blessing of being present. Christianity does. It is what initiated our faith in the first place.

God showed up in the flesh. So should we.