American Academy of Pediatrics Captured by Gender Ideology; Mainstream Professionals Are Calling Them Out 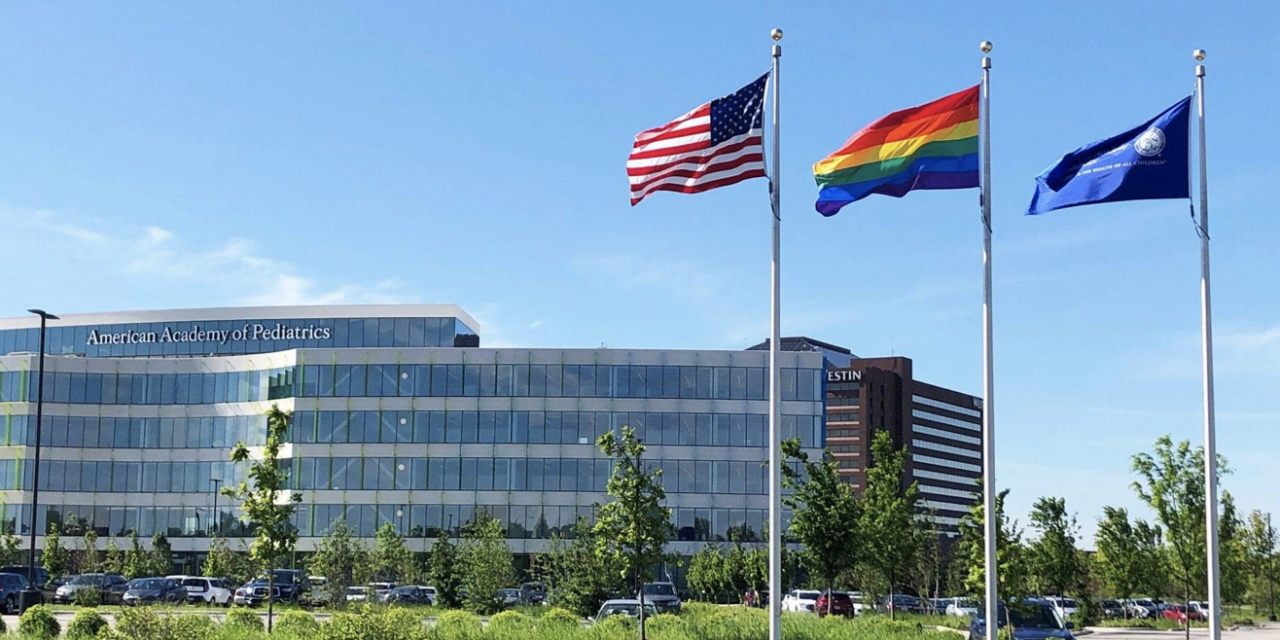 The American Academy of Pediatrics (AAP), a 92-year-old, 67,000 member organization, prides itself as the paragon of wisdom on all things good and wise concerning the medical health of our children. But facts say otherwise.

It is no secret that the AAP has been captured by radical leftist politics of late, even to the serious detriment of their professional mission. This is particularly true when it comes to their policy statements and actions on gender ideology. In fact, this organization has been utterly captured and controlled by radical gender activists. Fortunately, its positions are being challenged by some important voices in the medical community.

A major article in the online magazine Quillette details much of the AAP’s troubling and unscientific gender activism, demonstrating how it is contrary to the health of children. The author, Stella O’Malley, a parent and psychotherapist living and working in Ireland, has become deeply critical of the ideological capture taking place in too many professional medical and mental health organizations. She believes too many professional medical organizations are being overrun by gender dogmatists pushing dangerous views of what it means to be male and female at the expense of good science. In her Quillette piece, O’Malley explains the foundations of the AAP’s problematic position on children and gender issues,

And so the AAP continues to endorse an affirmation model whereby “social transition” begins in kindergarten or grade one, with five-year-olds being encouraged to inform adults of their preferred name and pronouns, and to seek entry into bathrooms corresponding to the opposite sex. Children aged between eight and 12 can be given puberty blockers and, following this, in their teen years, cross-sex hormones, followed by possible surgical procedures that alter their appearance, sex characteristics, and reproductive system. The age of consent for cross-sex hormones and surgeries varies depending on the state, but children as young as 13 are sometimes able to get their breasts removed. These steps often lead to the patient becoming permanently sterile and unable to achieve orgasm.

This so-called “gender affirmative” model is what some are selling as health care, essentially setting the patient up as the one making the diagnosis and the medical professional is discouraged from asking tough diagnostic questions to determine if the very young patient might have some other type of co-morbidity driving their gender confusion. This turns the medical profession on its head. That patient tells the doctor what the solution is and the doctor must do the patient’s bidding. Questioning the patient’s self-diagnosis is called “transphobic.”

This is not only bad science for obvious reasons, but also because most young people who report gender dysphoria end up naturally aligning with their natal gender by the time they reach puberty. This fact is well documented in the academic literature. This means the so-called “gender affirming” model puts young people on track to start an often deeply invasive, irreversible, and radical medical and surgical regimen at odds with where biology and their own natural development would have taken them.

This is just one of the reasons why growing numbers of European countries such as Sweden, Finland, France, and the U.K. are deliberately moving away from the “gender affirming” care model. Other reasons are that leading medical professionals are increasingly realizing that the trend of medicalizing gender confusion with drugs and surgeries is causing more harm than healing. O’Malley explains, as the Daily Citizen reported earlier this month, that one of the largest gender clinics in the world was recently shut down due to serious medical and professional concerns,

Additionally, a U.K. law firm has announced that hundreds of families are expected to join a class-action lawsuit against the Tavistock clinic, alleging their children were “misdiagnosed and placed on a damaging medical pathway.” O’Malley says that Tavistock is accused of “multiple failures in its duty of care”—including allegations that its doctors “recklessly prescribed puberty blockers with harmful side effects” and took an “unquestioning” approach to children who claimed to be transgender.

But this is what the AAP is proudly embracing. O’Malley explains the AAP is aware of this turn away from fully embracing the demands of gender ideologues, but is doubling down anyway,

And yet even as the tide is turning in other countries, AAP President Moira Szilagyi recently reaffirmed the AAP’s 2018-era policy, and crowed that a group of critics within the AAP couldn’t effectively challenge the policy successfully at the AAP’s recent Leadership Conference.

In the editorial O’Malley references, the AAP president explains, “Gender-affirming care is a top issue of concern for pediatricians” but “outside of our organization, there is a dangerous movement taking place, led by extremists, targeting youth who are receiving gender-affirming care, and vilifying the pediatricians providing their care.” She adds, “The result has been rampant disinformation about what this care is and real threats of violence against some of our members.”

This is not the talk of a careful scientist, but rather an activist. Don’t take opposition and criticism seriously. Just call names. But it is not “rampant disinformation” or “extremist” to be critical of the “gender affirmation” craze or the radical politics driving AAP policy.

Respected professionals who work in the field of sexuality and gender themselves have been critical of AAP policy and their lack of academic rigor and responsibility for some time. One leading example is the extremely liberal and provocative Dr. James A. Cantor of the Toronto Sexuality Center who penned an article in 2019 for the Journal of Sex & Marital Therapy entitled, “Transgender and Gender Diverse Children and Adolescents: Fact-Checking of AAP Policy.” In response to the AAP’s announcement embracing the untested “gender affirmative” model, Cantor wrote,

With AAP taking such a dramatic departure from other professional associations, I was immediately curious about what evidence led them to that conclusion. As I read the works on which they based their policy, however, I was pretty surprised—rather alarmed, actually: These documents simply did not say what AAP claimed they did. In fact, the references that AAP cited as the basis of their policy instead outright contradicted that policy, repeatedly endorsing watchful waiting.

The “watchful waiting” approach is what a great many professionals have been practicing with gender confused youth because they know the data shows most will naturally align with their biological sex. Watchful waiting guides them to that natural conclusion. Additionally, Cantor explained the “AAP also dismissed the watchful waiting approach out of hand, not citing any evidence, but repeatedly calling it ‘outdated.’”

In its 2018 statement embracing gender ideology, Cantor charges the “AAP told neither the truth nor the whole truth, committing sins both of commission and of omission, asserting claims easily falsified by anyone caring to do any fact-checking at all.”

This is what ideological capture does to an organization.

Given information like this, and behavior and statements from the American Academy of Pediatrics, parents should become legitimately weary of authoritative statements like “The AAP says…” and rely more on their own moral sense about children’s well-being.

But the AAP has no one to blame but themselves. This is what happens when once-respected organizations succumb to the demands of a powerful, activist minority.