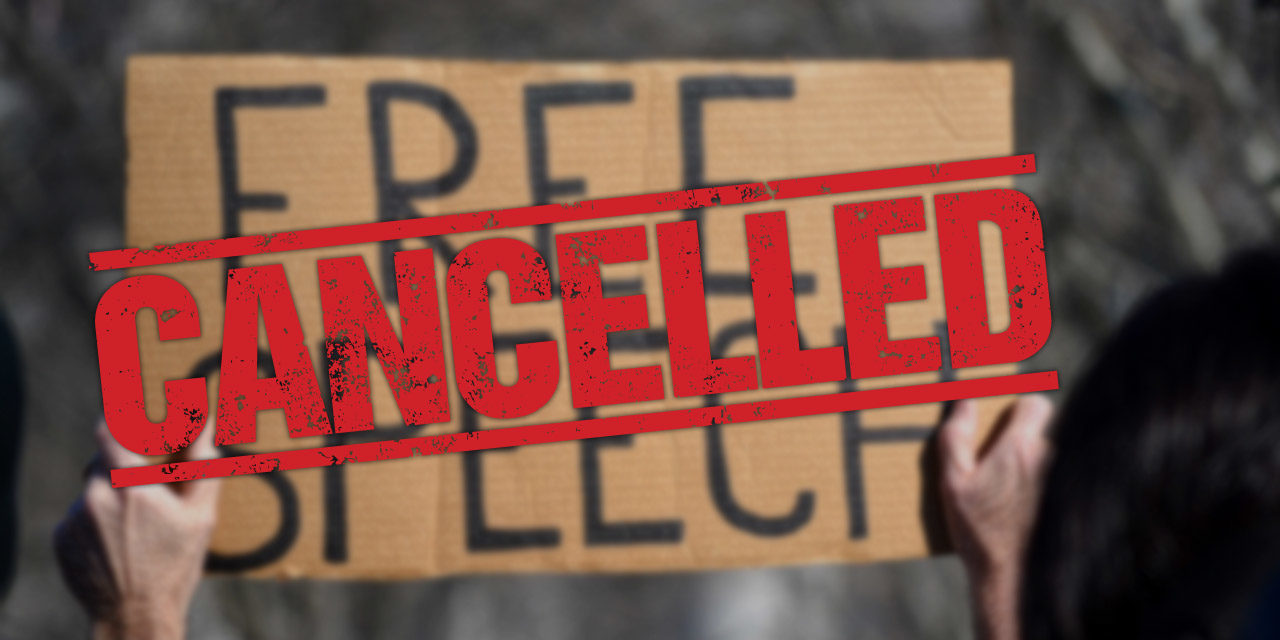 The crowdfunding platform GoFundMe believes this as well, hosting more than 59,000 campaigns to raise funds for transgender surgeries, while shutting down fundraising for those who disagree with allowing children and teens, in particular, to have dangerous and permanently damaging drugs, hormones and surgeries.

More and more conservatives and people of faith are being cancelled by social media giants – including The Daily Citizen – for disagreeing with this “gender ideology” and for opposing politicians, activists, educators and businesses promoting this belief system.

For transgender idealogues, it doesn’t even matter if a person has taken puberty blockers and opposite-sex hormones or had multiple surgeries to look like the opposite sex. For them, it is the internal identity that matters.

Disagree with this secular, unscientific ideology, and you’re likely to get cancelled by big tech. Here are a few recent examples.

The Daily Citizen posted a tweet on January 19: “On Tuesday, President-elect Joe Biden announced that he had chosen Dr. Rachel Levine to serve as Assistant Secretary for Health at the Department of HHS. Dr. Levine is a transgender woman, that is, a man who believes he is a woman.” The tweet linked to an article, which mainly questions Levine’s suitability for the job because of previous actions as the Secretary of Health for the Commonwealth of Pennsylvania.

The result? Twitter locked the account, saying, “You may not promote violence against, threaten, or harass other people on the basis of race, ethnicity, national origin, sexual orientation, gender, gender identity, religious affiliation, age, disability or serious disease.”

Can you find the harassment, threats, or promotion of violence in the tweet or article?

Dr. Robert Gagnon, who has a Ph.D. in Biblical Studies from Princeton Theological Seminary and is a Professor of Theology at Houston Baptist University, was suspended from Facebook for seven days. Gagnon was blocked for writing against President Joe Biden’s order permitting transgender troops in the military. Here’s part of what he posted:

“Biden’s lifting of Trump’s transgender military ban will indeed put women military personnel in the awful position of having to shower with biological males.

“So, now all the good women who have signed up to serve our Country will have to shower and bunk with biological men – also known by science as ‘men.’ The ‘trans’ cult couldn’t rest with just destroying women’s sports and shelters. Their goals is to spread their alchemical pseudo-science around the world before the truth can pull up its pants. And ‘trans’-cultists and their ignorant sycophants call Republicans science-deniers. Sheesh.”

Dr. Michael Brown holds a Ph.D. in Near Eastern Languages and Literatures, is the author of more than 40 books, and hosts the talk radio show, The Line of Fire. On January 20, he discovered he’d been blocked for tweeting, “Will I get punished by Twitter for saying that, in God’s sight, ‘Rachel’ Levine (nominated by Biden to be his assistant secretary for HHS) is a man?”

Abigail Shrier is a journalist who questioned the recent huge increase in teen girls rushing to use hormones and surgery to “become the opposite sex.” Amazon shut down advertisements for her important book, Irreversible Damage: The Transgender Craze Seducing Our Daughters. Shrier reports that journalists who wanted to review the book were turned down by “every major newspaper and legacy magazine.”

Despite efforts to shut down sales, parents are buying and reading it. A father of a gender-confused teenage daughter read it and put up a billboard in Los Angeles with a picture of the book. The billboard said, “Your child is learning about gender identity in school. Puberty is not a medical condition. Get the Facts. Read this book.”

The father wanted to place more billboards in other cities and started a GoFundMe campaign to support the effort. The effort raised several thousand dollars – before the company shut it down and returned donors’ gifts. A quick search of GoFundMe shows 59,191 campaigns to fund individuals wanting transgender surgeries. The father started a new fundraising endeavor at GoGetFunding

The science, of course, tells us that drugs, hormones and surgery can’t change someone into the opposite sex. All they do is change a person’s appearance.

Researchers demonstrate that there are hundreds of concrete physiological differences between men and women. Sexual differentiation begins at fertilization, where fertilized eggs are either XY, genetically male, or XX, genetically female. There are some extremely rare genetic anomalies and disorders of sexual development that can disrupt the process of sexual differentiation, but those are quite different from transgenderism.

Scientists have reported that sex chromosomes, and the hormones they cause the body to create, affect the operation of about 6,500 genes, one third of our approximately 20,000 genes. These chromosomes and hormones work to bring about hundreds of physical differences between men and women. Taking opposite-sex hormones and having surgeries do not erase those differences.

Christians believe what the Bible teaches: God made two types of humans – male and female – not a multitude of “genders.” We believe that being male or female is expressed in our physical bodies, is an essential part of a person’s being, and cannot be changed. That is what the Jewish and Christian faiths have taught for millennia. Science simply confirms what Christianity – and common sense – tell us.

In an email to The Daily Citizen, Dr. Brown encouraged Christians to courageously speak the truth about gender ideology. He told us, “The bottom line is that there are multiplied tens of millions of Christian conservatives in America, not to mention many on the left, including non-religious people, who are sick and tired of the censorship and who also take issue with transgender activism.”

His advice? “Let’s all determine to speak up and speak out while we have the opportunity. We cannot be silenced if we all take a stand together – with wisdom, with truth, and with love.”

Back to School – for Parents: A busy parent’s guide to what’s happening in your children’s classrooms and practical steps you can take to protect them.